Not explained in protologue, but likely the name is in reference to its thick exocarp (mesocarp in original description).

The five collections representing three localities resulted in an estimated EOO of 45 km2 and an AOO of 12 km2. The three localities correspond to two subpopulations and two locations, of which one is found within a protected area.

Curarea crassa   is vegetatively conspicuous because of its broadly elliptic or suborbicular leaves covered with a dense golden or creamy villous indumentum on the abaxial leaf blade surface. Similar indumentum may sometimes also be observed on the abaxial leaf blade surfaces of C. barnebyana   and C. tecunarum   ; from C. barnebyana   , it differs by its woolly, greyish-golden indumentum in the staminate inflorescences (vs. dark-brown). From C. tecunarum   , C. crassa   differs by its primary branches with few branching orders in the staminate inflorescence (vs. primary branches with several branching orders in C. tecunarum   ). Also, the large and broadly obovoid drupelets are unique to C. crassa   .

The thick layer, from which the specific epithet is likely derived, was described as the mesocarp ( Barneby 1996), however it is likely that the mesocarp in C. crassa   , as in C. barnebyana   , C. tecunarum   and C. aff. iquitana   , is mucilaginous and no longer noticeable in dried fruits, as was the case reported for C. tecunarum   ( Barneby and Krukoff 1971).

On morphological grounds, C. crassa   is placed with the species of Group I. Micro-morphological characters shared amongst species in Group I are summarised in Table 5. Curarea crassa   shares its staminate inflorescences with condensed branch orders with species of that group. They differ in the inflorescence indumentum colour, this being cream or golden in C. crassa   vs. dark brown or greyish in C. barnebyana   . The primary branches of the staminate inflorescences are also condensed in C. candicans   , but there, trichomes are strigillose-tomentellous and not villous as in C. crassa   .

In the protologue of C. crassa   , Barneby (1996) described staminate flowers as having 9 sepals, but only 6 sepals were found in the only staminate plant available in this study (Thomas et al. 10900). This discrepancy is likely due to infraspecific variation as was also occasionally observed in C. candicans   and in C. aff. iquitana   . 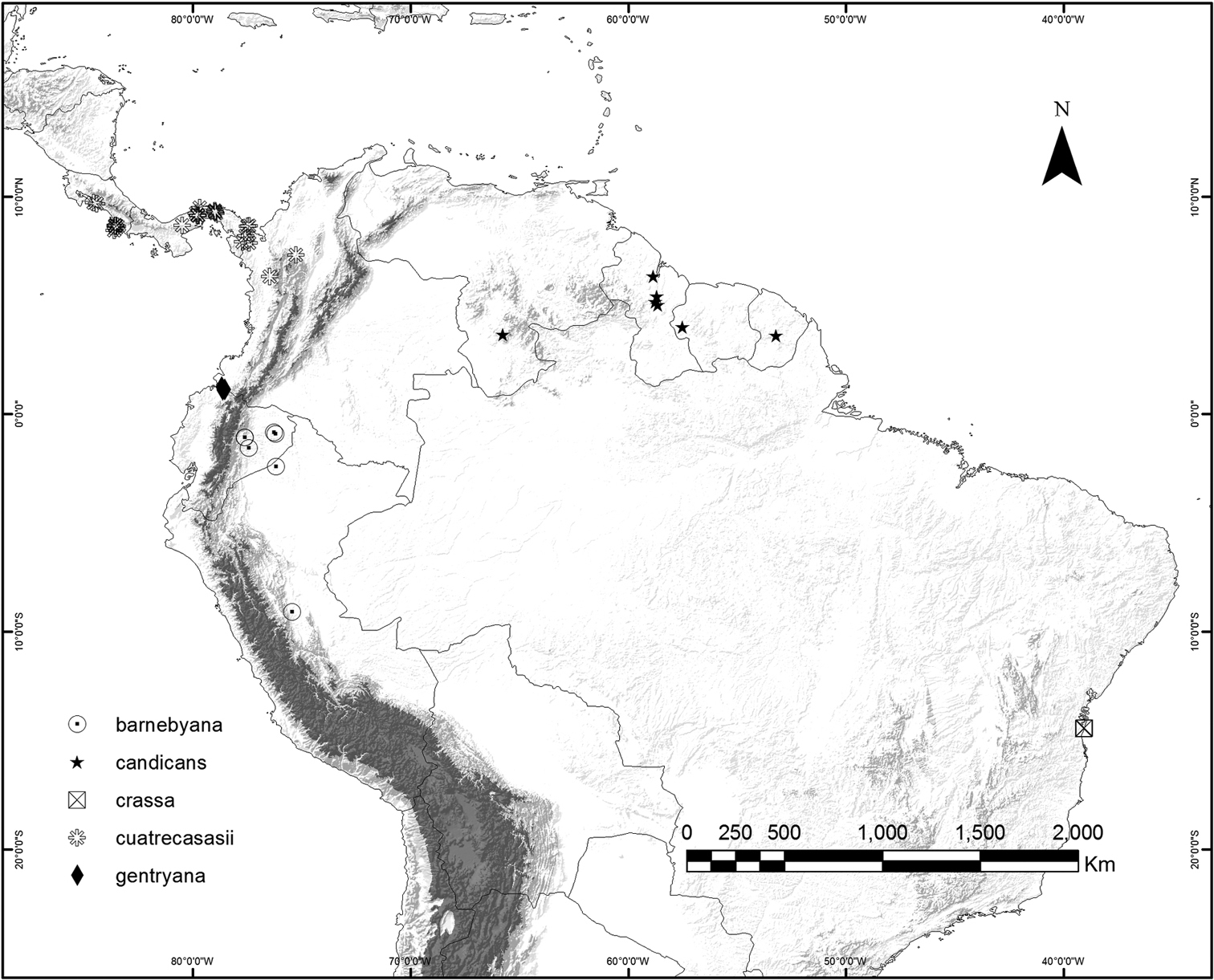 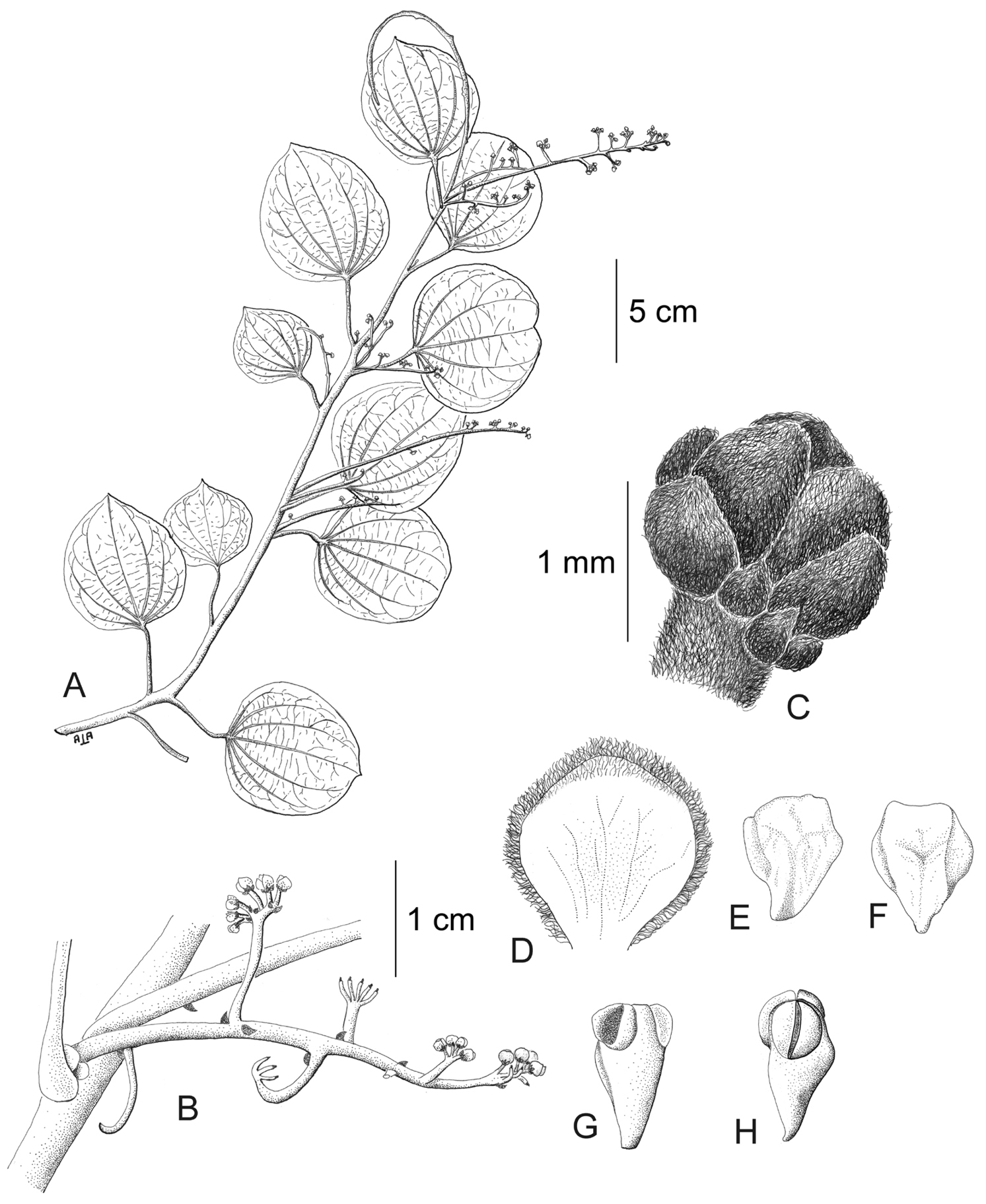 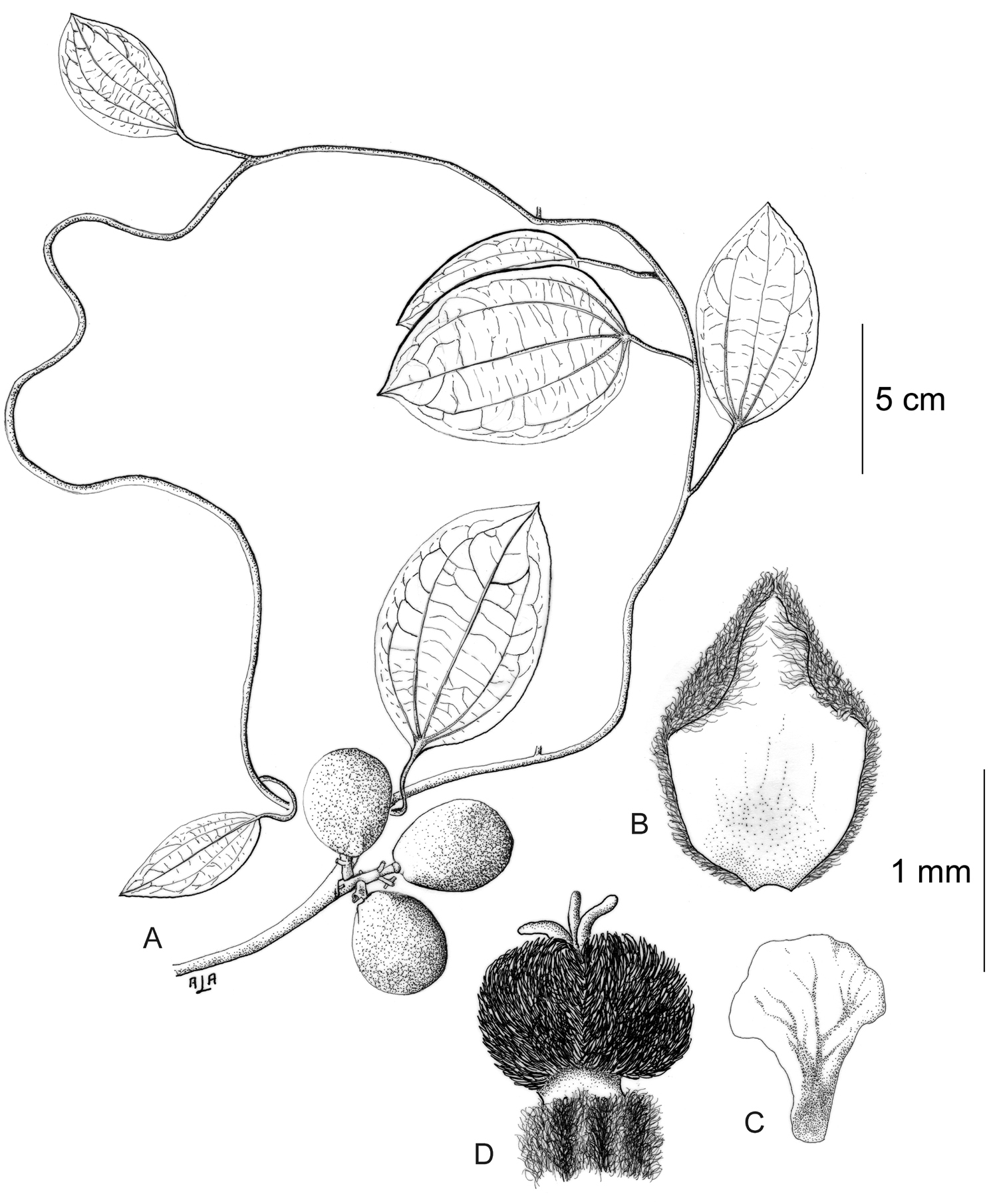