Head: each eye with 30-35 ommatidia in six rows. Incisura lateralis open (Fig. 3AView Figure 3). Labrum with standard three irregular teeth and a single row of 10-12 stout marginal setae. Clypeus with two setiferous foveolae on each side (Fig. 3BView Figure 3). Antennae long, protruding back to segment 5. Length of antennomeres: 1<2>3=4=5=6. Second antennomere slenderer but twice as long as first. Terminal antennomere with four large sensory cones located together inside a membranous area.

Gnathochilarium: lamellae linguales each with two standard setae located behind one another. Stipites each with three apical setae. Palpi of similar size. Endochilarium not dissected.

Body rings: ozopores starting at segment 6, marked by a black spot. Located on suture between meso- and metazonite. Rings with smooth, but irregular coriaceous surface, ventrally on metazona with transverse ridges.

Female sexual characters. No tarsal pads, antennae shorter than male, only protruding back to ring 2. Vulvae not dissected.

The number of segments varies, even within one population, between 47 and 51. The population from the Forêt de Mahavelo (Fig. 1) differs by 1.5% uncorrected p-distance of the COI gene to those from the type locality, Tsimelahy (Suppl. material 1). One small male from the type series ( ZFMK MYR9949) has incompletely developed posterior gonopods, either a sign of healed damage (there are black spots on it), or maybe not fully developed (FiIg. 3G, H).

R. tsimelahy  sp. nov. could be found in great numbers in the early morning (7-9 a.m.) on the forest floor of the spiny bush. The otherwise dry spiny bush was still quite wet because of dew. No juveniles were observed. Contrary to other Riotintobolus  species, such as R. mandenensis  and R. minutus  , R. tsimelahy  sp. nov. did not remain stiff like a stick when disturbed, but rolled-up into a spiral, a common defence behaviour for juliform millipedes. 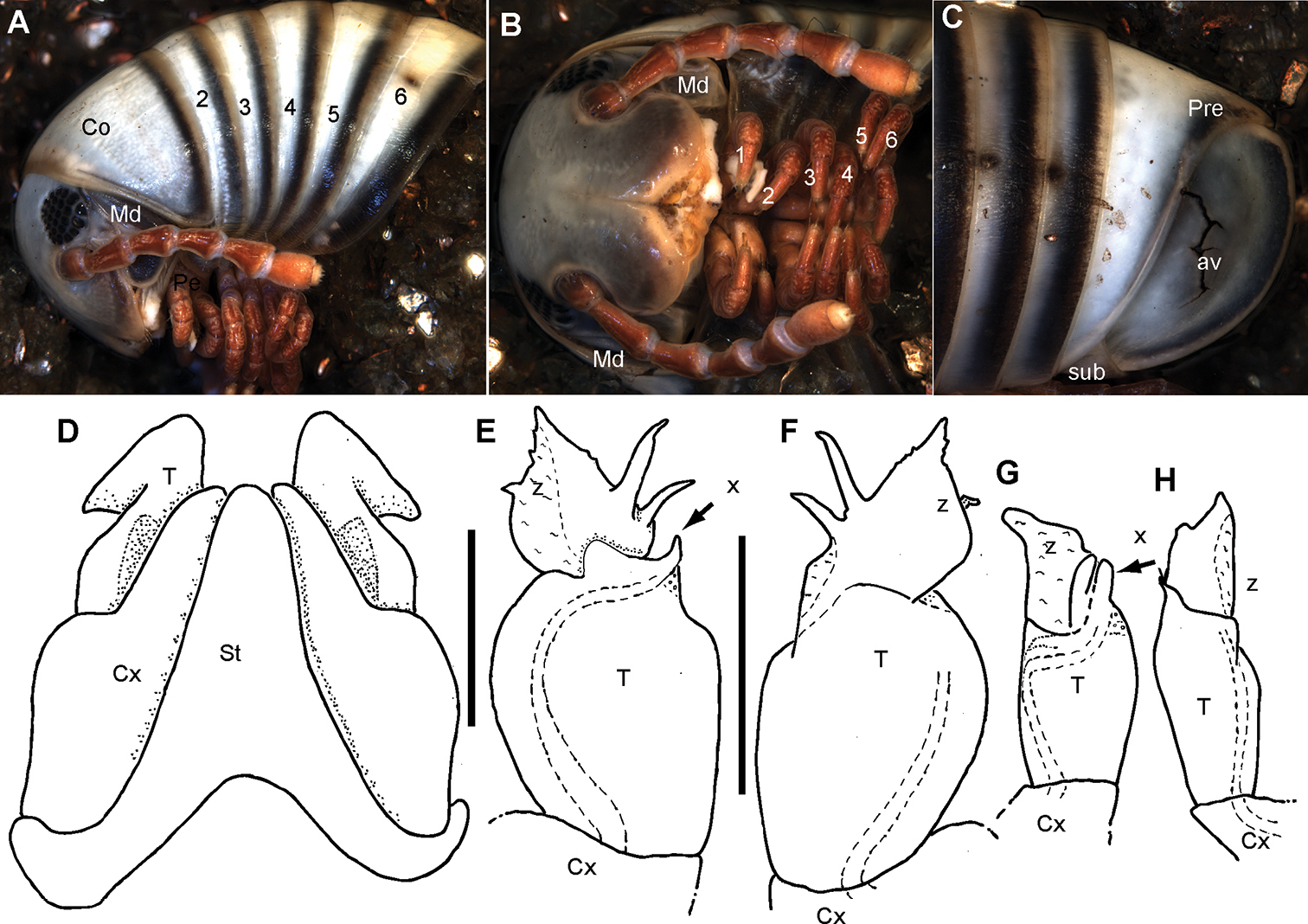