Note: see Taxonomic Notes for erroneous/doubtfull citations of this species.

2) Salgado (2005: 969 [and Figs. 14–15 View FIGURES 4–16 ], 2015: 32) recorded this species from Santa Catarina State, Brazil (and still cited Gnaspini’s, 1993 record from Minas Gerais state, which was stated as a wrong record in Gnaspini, 1996: 540). Unfortunately, he did not illustrate the aedeagus (which is “mandatory” for the proper recognition of species in Adelopsis   ) and the genital segment illustrated (his Fig. 14 View FIGURES 4–16 ) fits any species in the subgroup grouvellei here established. The spermatheca illustrated (his Fig. 15 View FIGURES 4–16 ) is a 2-turns spermatheca, common to several species of the genus (as can be seen in several species here illustrated). Yet, this record is far from the “ type locality”, and other species occur in the area. Therefore, this record from Santa Catarina should, at least, be considered doubtfull. Other species of the subgroup grouvellei nov. recorded in Santa Catarina are A. grouvellei   (type from Bahia) and A. luculenta   (type from São Paulo) (both recorded for the first time in Santa Catarina also by Salgado, 2005), and A. aspera   (type from São Paulo), recorded by Jeannel (1936) based on a female, all here considered doubtful records (see Taxonomic Note at each species). On the other hand, A. triangulifer   is indeed recorded in both Santa Catarina and São Paulo States, based on the similarities of the aedeagus and genital segments based on illustrations, reinforcing the need for illustrating these features from several views, which was not done for the species cited in the previous phrase. 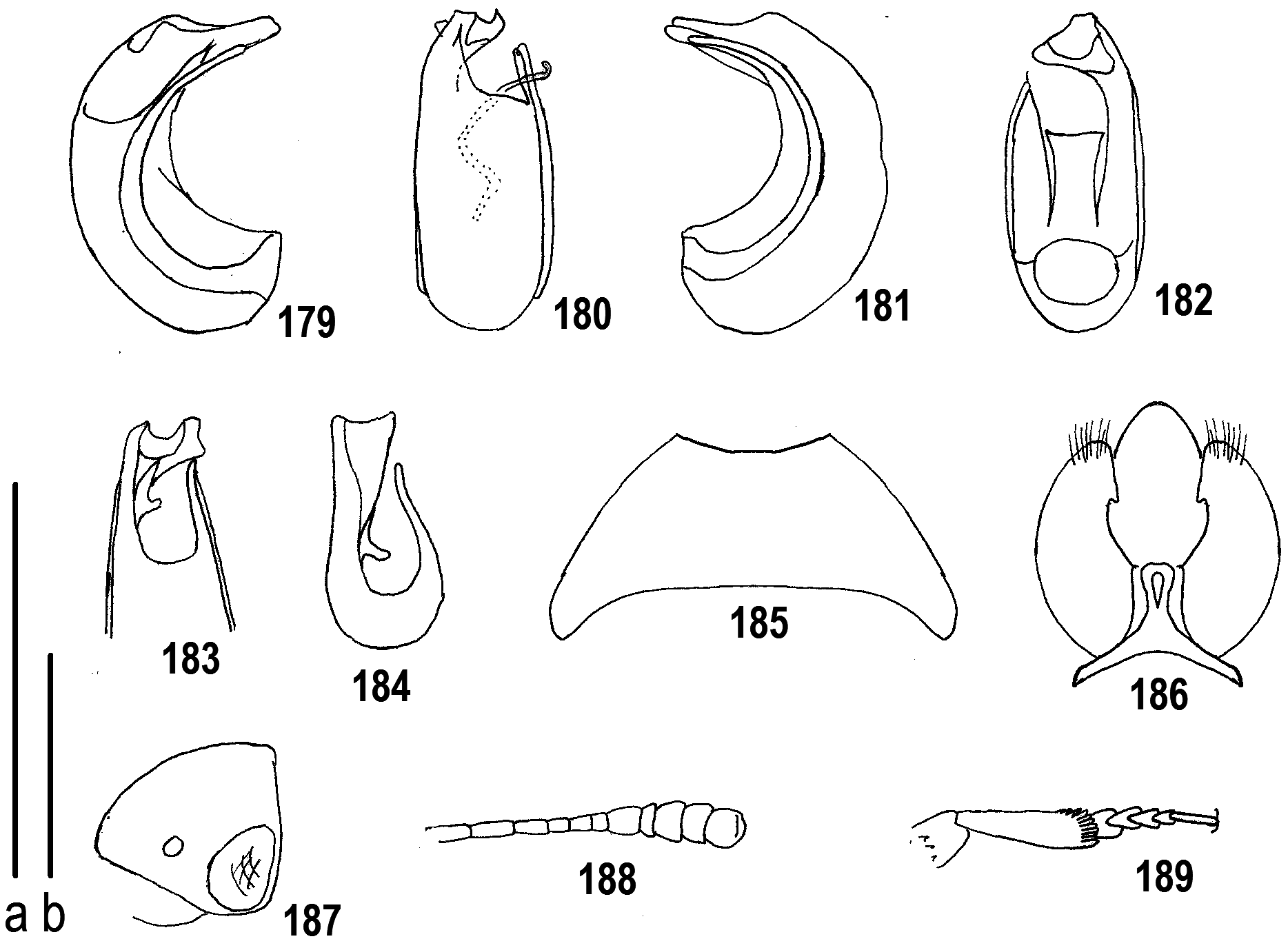 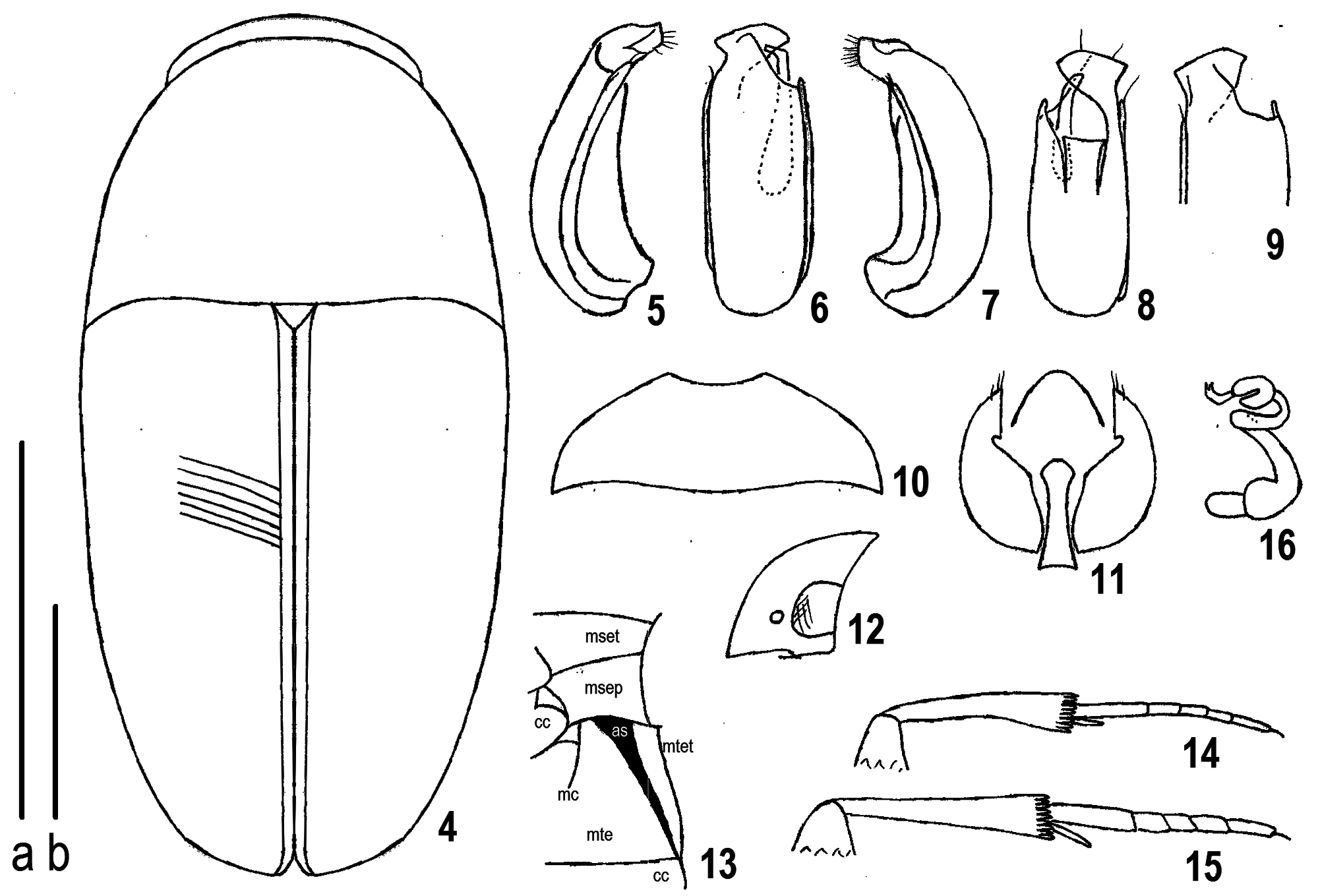