Lanceopenna pentastigma is recognizable externally by the narrow, prolonged forewing with four black spots in cell and two black spots on costal margin. The male genitalia resemble those of Aphanostola acaciae sp. n., but the uncus is longer, the saccus is narrower, the phallus lacks cornuti and teeth, and the basal projection is shifted nearly to the middle. The female genitalia differ from the other Aphanostola species in the presence of numerous spikes on the wall of the corpus bursae.

Larva feeds on Acacia xanthophloea Benth. ( Fabaceae) in Kenya ( Agassiz and Bidzilya 2016 in press) and in Acacia sp. in South Africa. Adults were observed from late August to early April, up to 1830 m elevation in Kenya.

Lanceopenna pentastigma was described from nine specimens of both sexes collected in South Africa and Zimbabwe. We were able to examine the type series. The genitalia of both sexes match well with those of Aphanostola , therefore the species was transferred to this genus (Bidzilya and Agassiz 2016 in press). 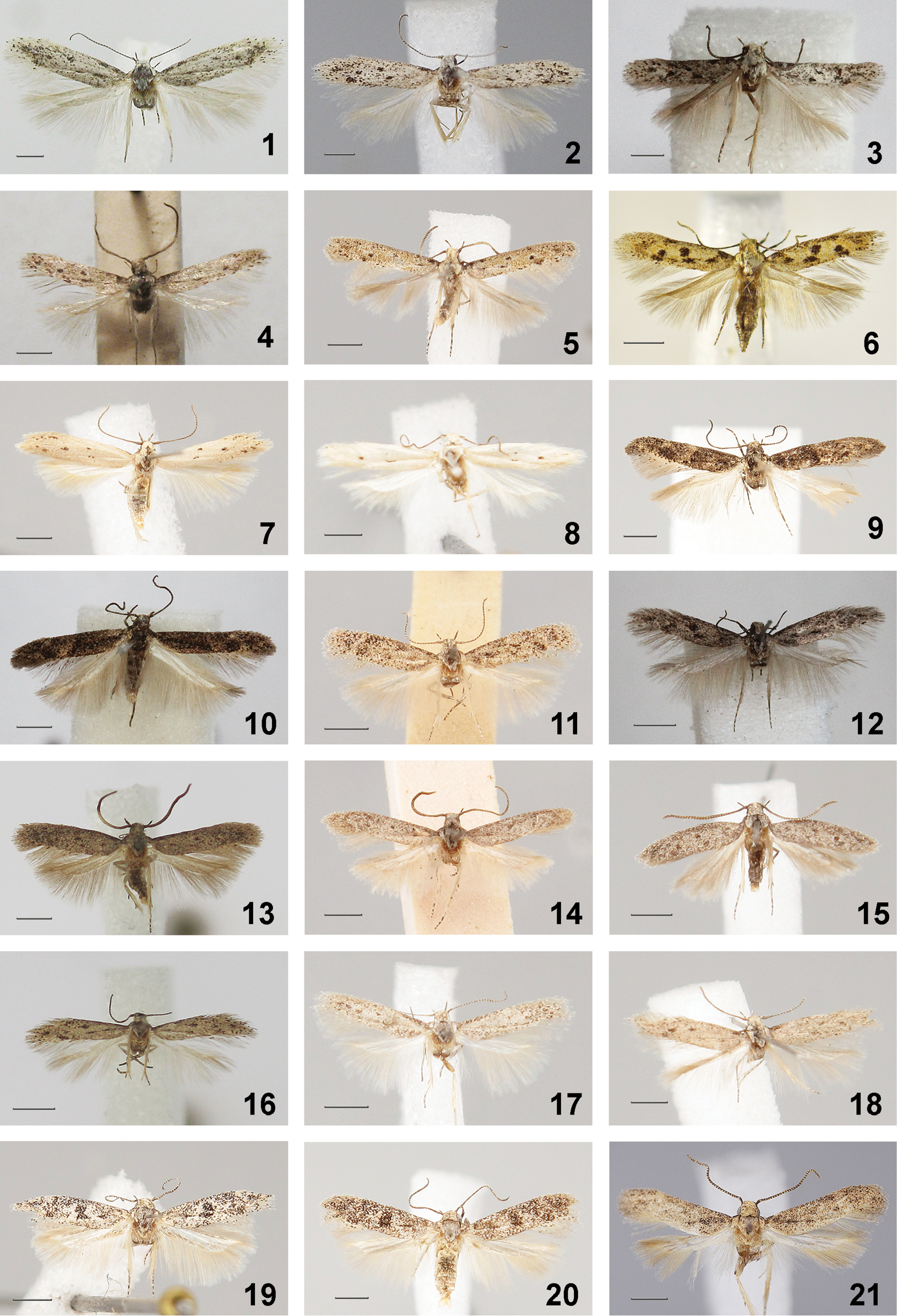 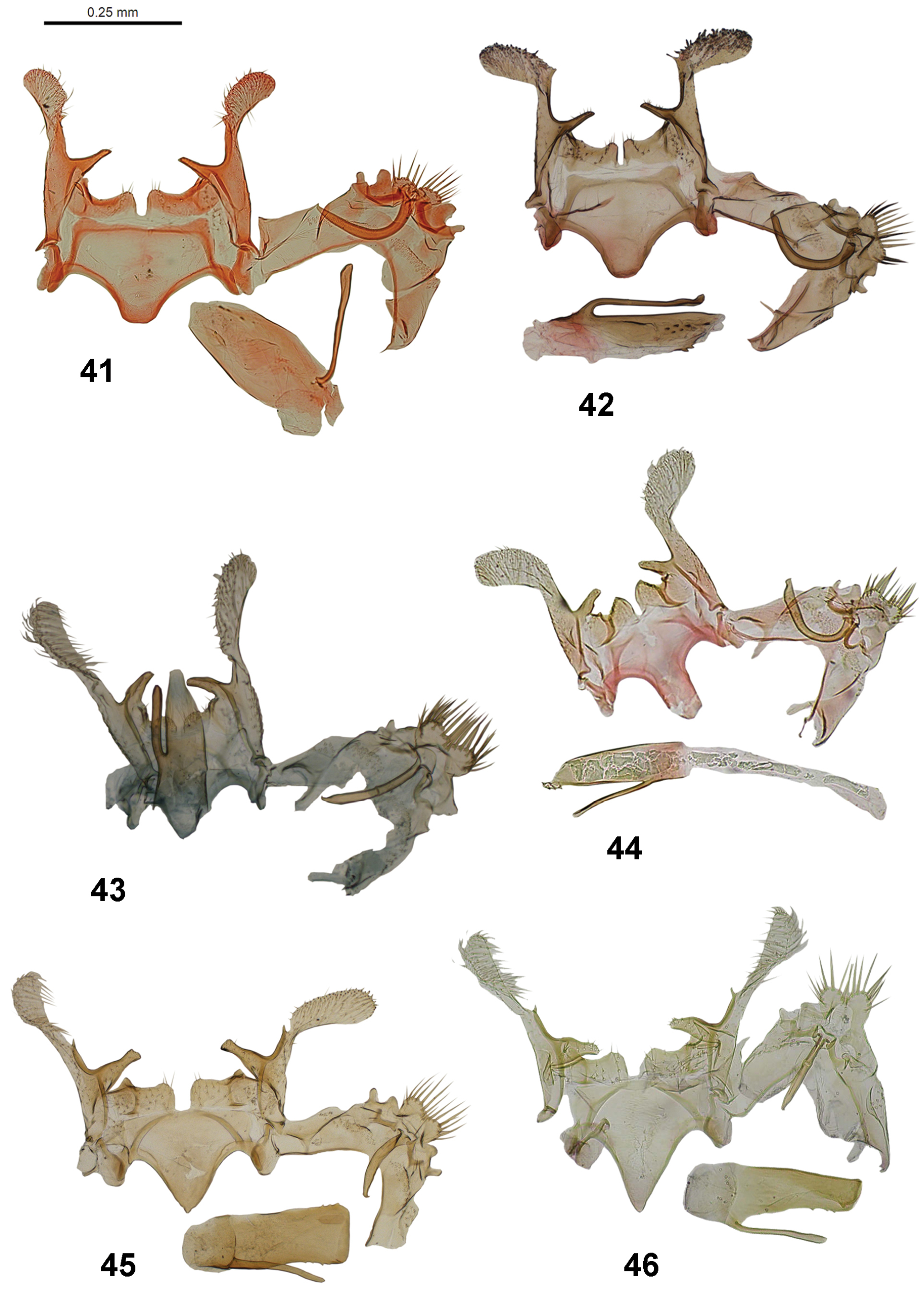 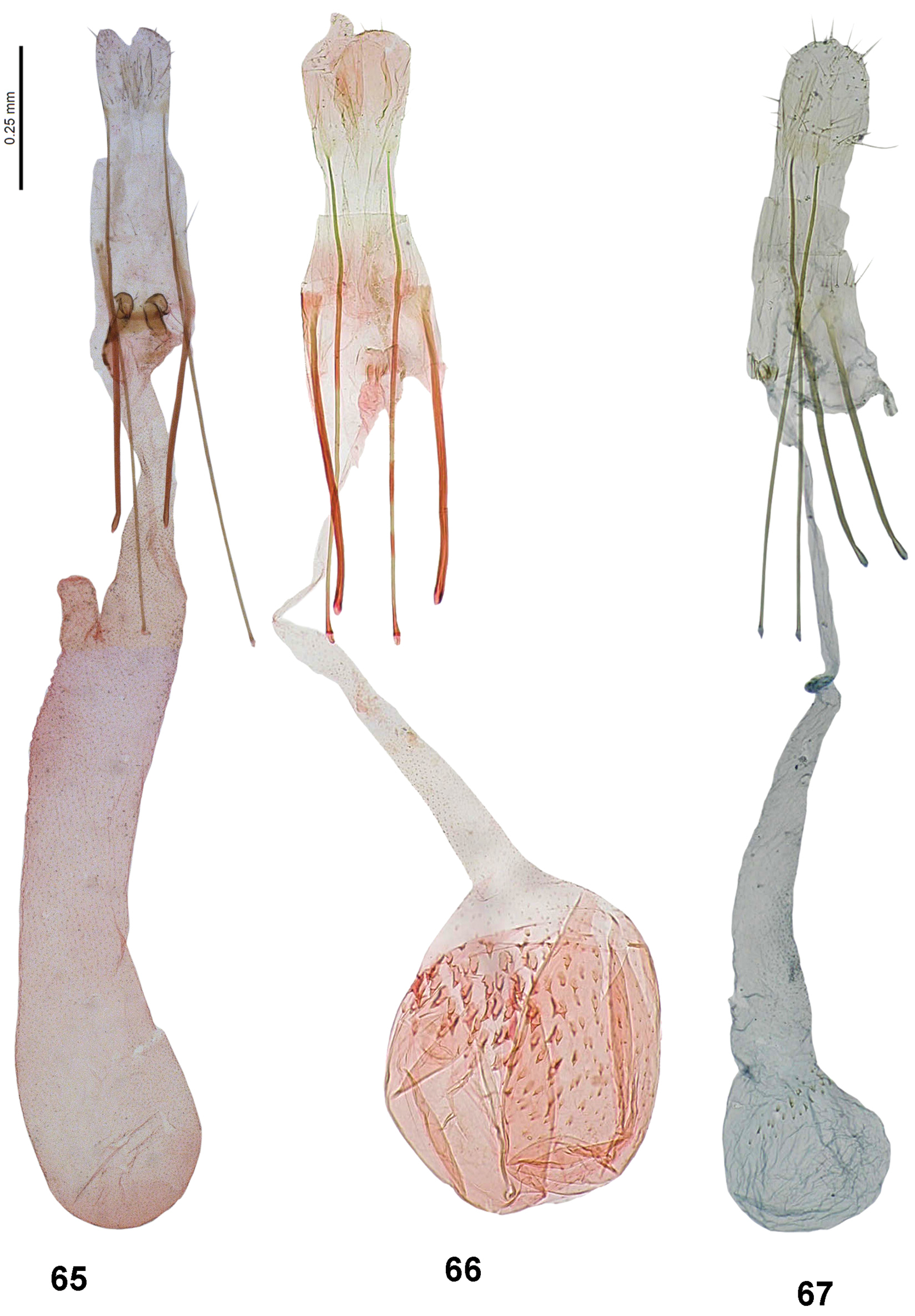