Diagnosis. Characterized by a unicolorous brown or yellowish brown forewing with white costal and median lines. In the male genitalia, a narrow and long phallus, and a long, well-sclerotized valval lobe of the juxta are the distinguishing features. In the female genitalia, extremely long apophyses and broad projections of the posterior signum are characteristic.

Biology. Unknown. In Morocco, the specimens were collected on a calcareous hill in May, together with P. ochreopalpella   .

Distribution. Previously only known from Algeria. The distance between the Algerian type locality and Moroccan site is less than 200 km. 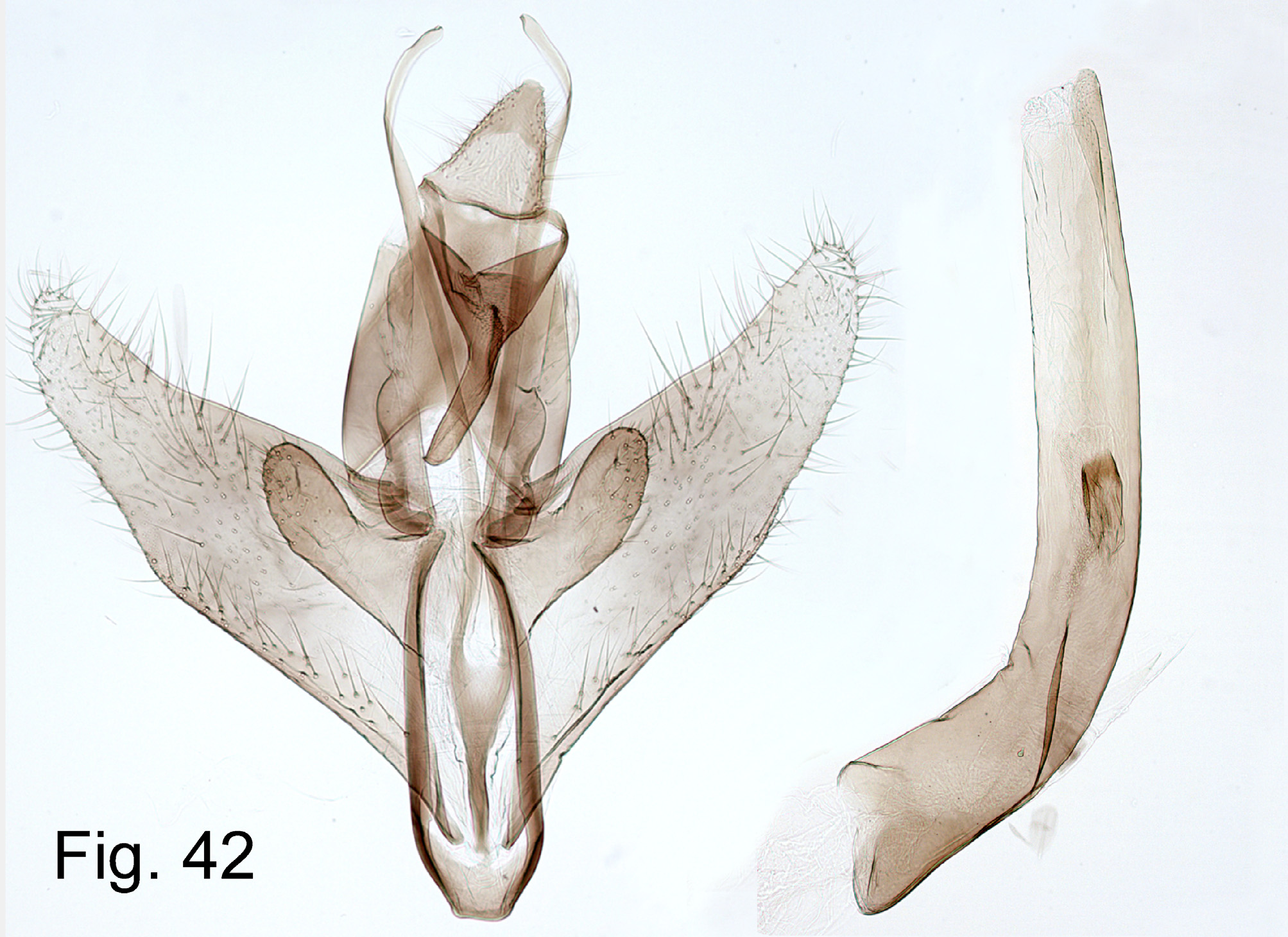 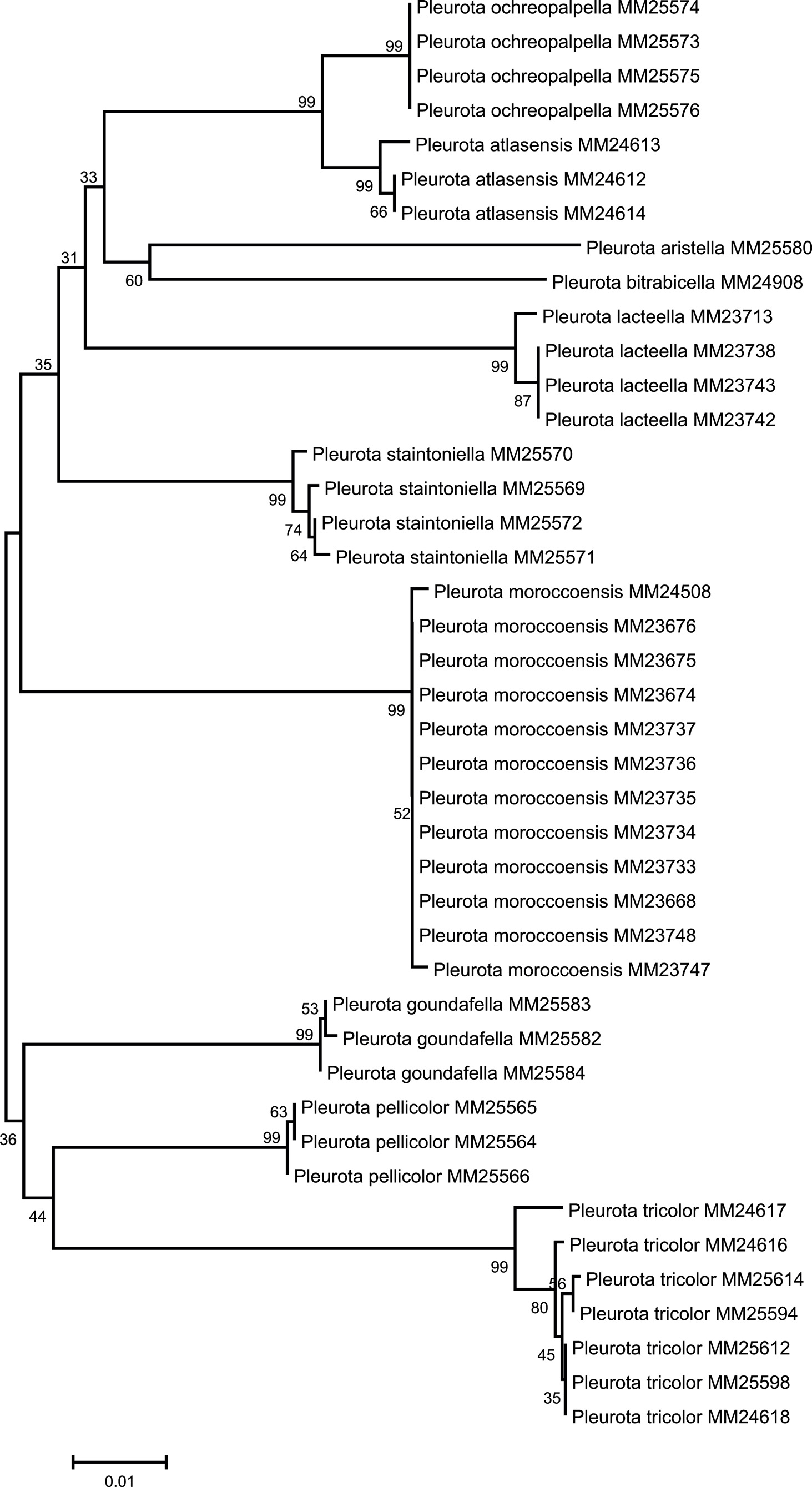 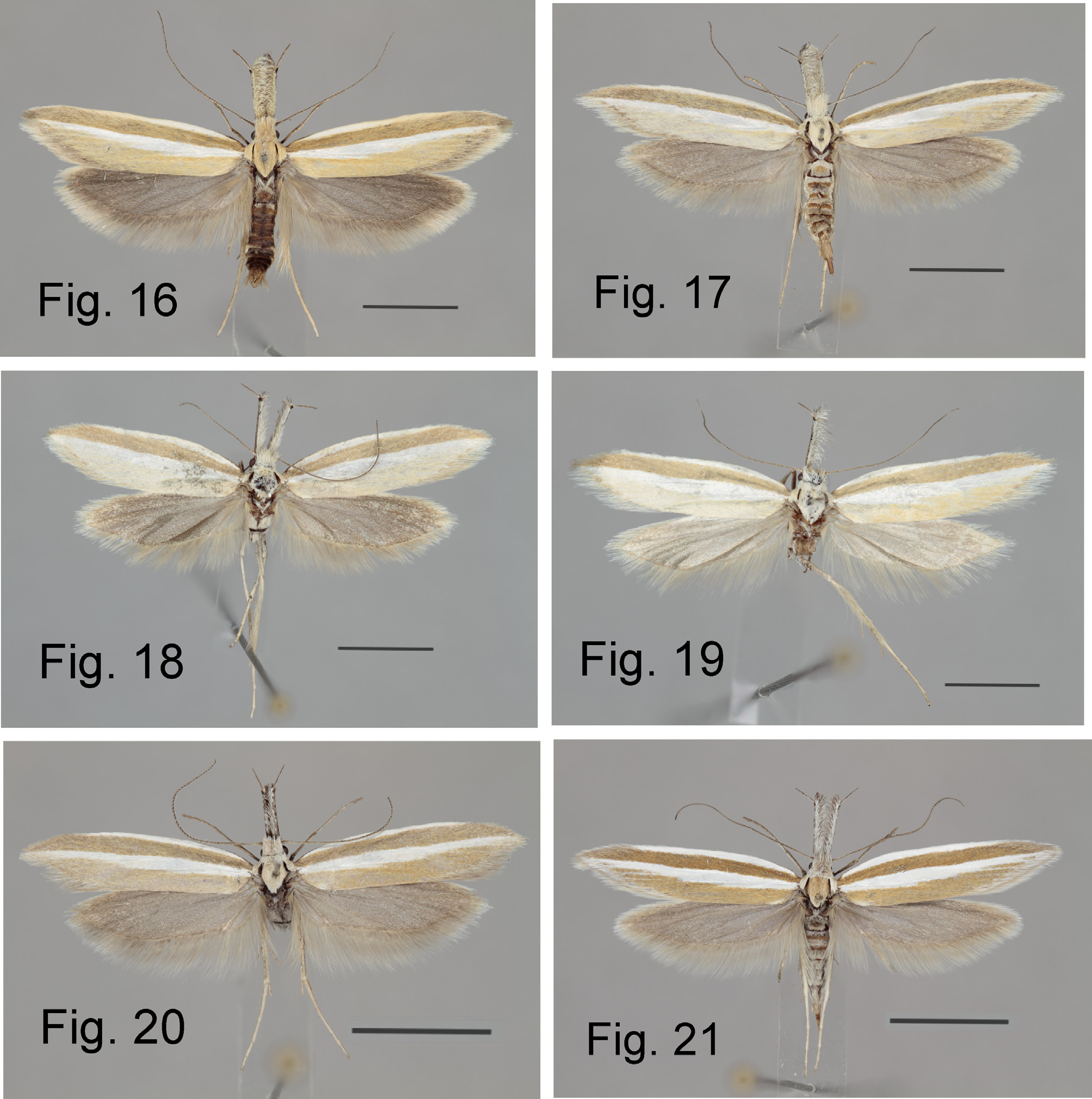 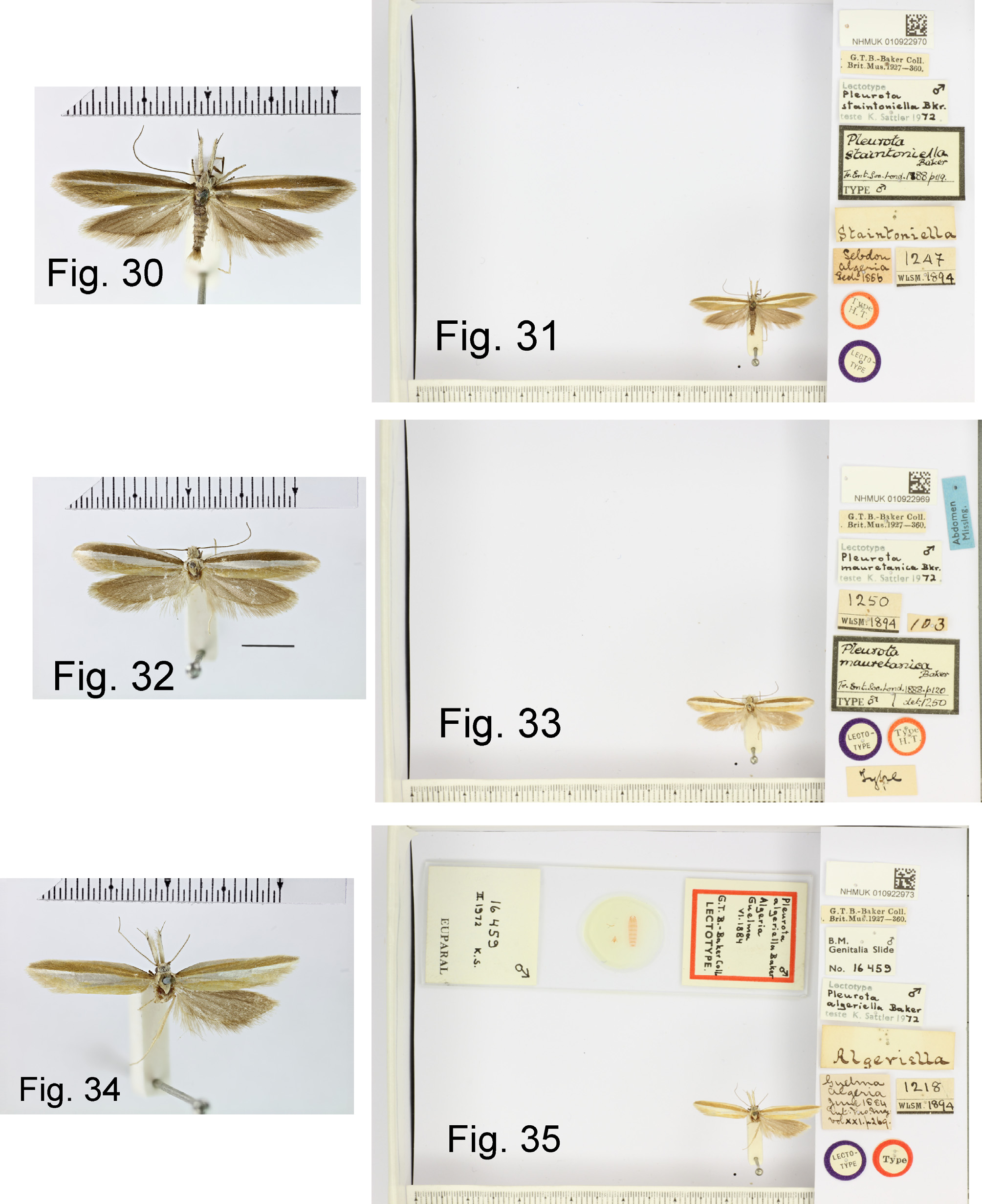