Holotype: BMNH 2000.207, adult (gravid) female, collected at Chome Forest Reserve , South Pare Mountains (04°09′60″S, 37°50′48″E) by MC on 18 April 1996. Found under a rotten log in forest. This specimen has been sequenced for 12S, 16S, and cyt b. Specimen in good condition, slightly desiccated in parts, with a cross-like midventral incision into the coelom. GoogleMaps

Advertisement call: Males were only calling during the night, from low bushes and branches of small trees. The call is a fast series of between seven and nine trills ( Fig. 5 View Figure 5 ), produced at a rate of approximately fve per second, with maximum energy at 1720 Hz. The quality of the few call recordings was not high enough to allow a detailed description of the train of pulses forming the trill. Pulse-group duration was about 25 ms, and intergroup duration was about 116 ms.

Distribution and threat: Callulina stanleyi   sp. nov. was found only in submontane forest at elevations between 1200 and 1300 m. Based on current knowledge of the species’ distribution and evidence of dependency on the forest, the estimated extent of occurrence of C. stanleyi   sp. nov. is less than or equal to 9.7 km 2: this is the area including an elevational distribution (1200–1600 m) of the submontane habitat in Chome. As with the two other newly described species, population density does not appear to be low, but C. stanleyi   sp. nov. is confined to a small fragment of submontane forest existing along the eastern boundary of Chome forest reserve, which is bordered by extensive farmlands. The presence of one population at only a single, small location is compounded by an observed decline in the area and quality of the habitat ( Hall et al., 2009).

Etymology: This species is named after our colleague and good friend William T. Stanley of the Field Museum, Chicago. Bill has made numerous contributions to understanding the biological diversity of the Eastern Arc Mountains. He has also made several important field discoveries of amphibians (including those we describe from the South Pare), and we name this species in recognition of his excellent work. 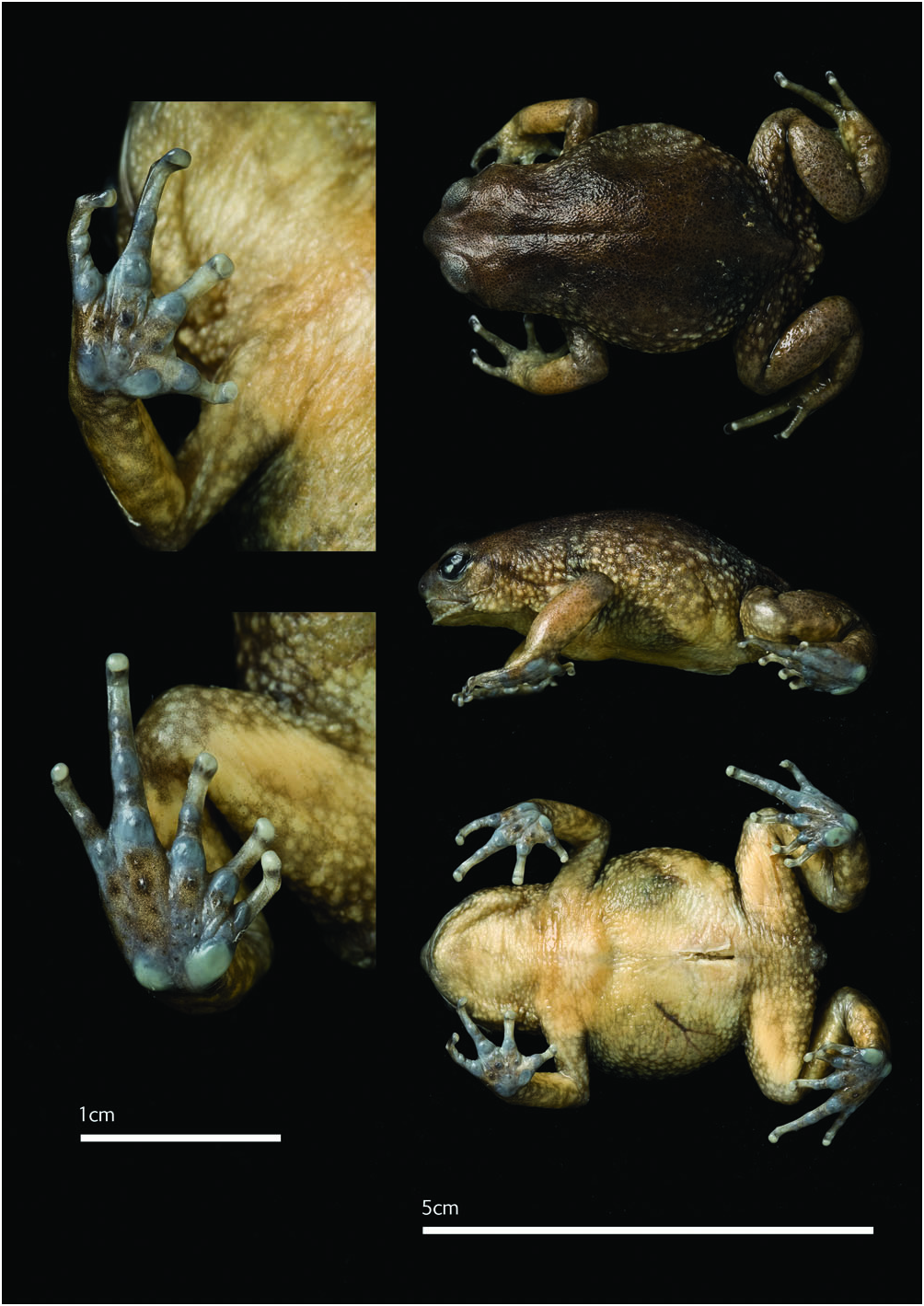 Figure 3. Dorsal, ventral, and laterial views, and ventral aspect, of hands and feet of the holotype of Callulina shengena sp. nov., MTSN 9285. Figure 4. Dorsal, ventral, and laterial views, and ventral aspect, of hands and feet of the holotype of Callulina stanleyi sp. nov., BMNH 2000.207.