Diagnosis. The new species fits well to the domestica species group, closely related to Tegenaria angustipalpis Levy, 1996 ( Levy 1996) . The male palps of both species are very similar, characterised by slender and elongated cymbium and tibia. The cymbium of T. angustipalpis is distinctly longer. Differences are present also in the shape of dorsal and lateral apophysis of tibia. The conductor of M. paragamiani sp. nov. is more slender and rounded, terminal apophysis and embolus seems to be longer. Females of both species are well discernible. The epigyne and vulva of T. paragamiani sp. nov. are characterised by simple atrium and two rounded spermathecae while by T. angustipalpis the genital openings are slanting provided with long and folded ducts. 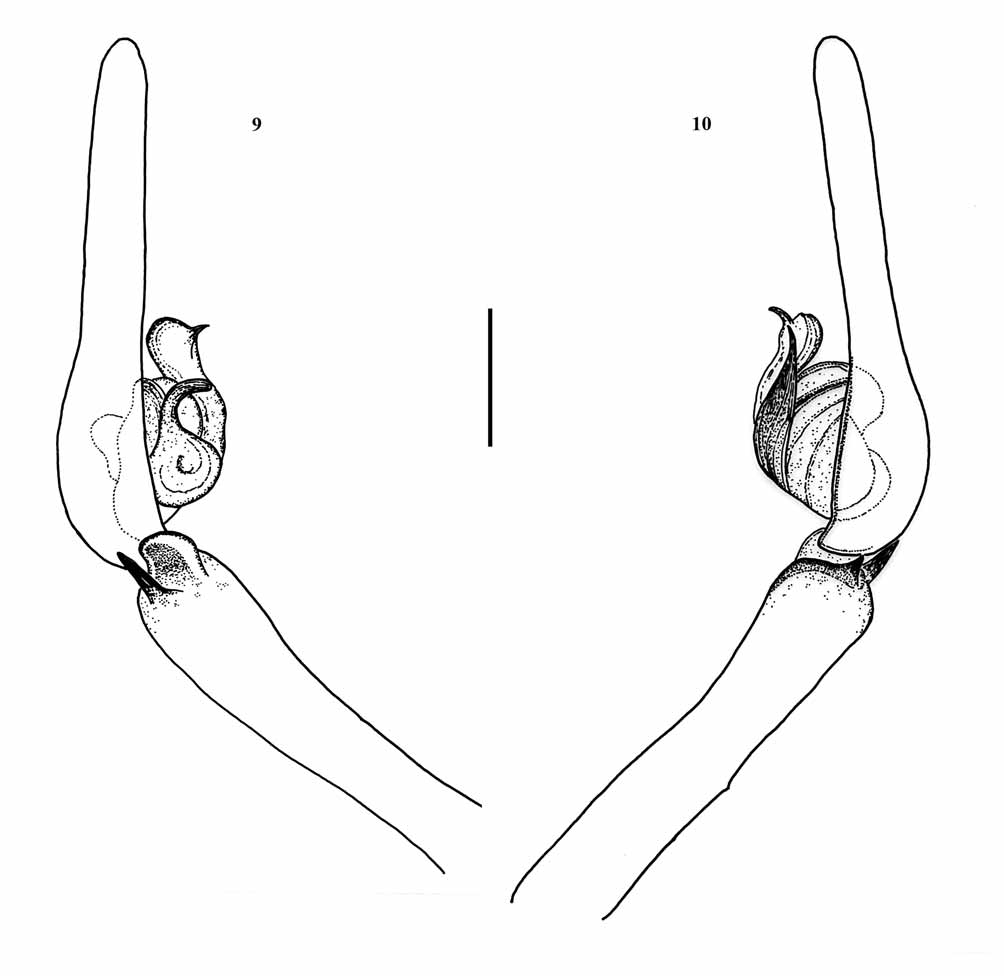 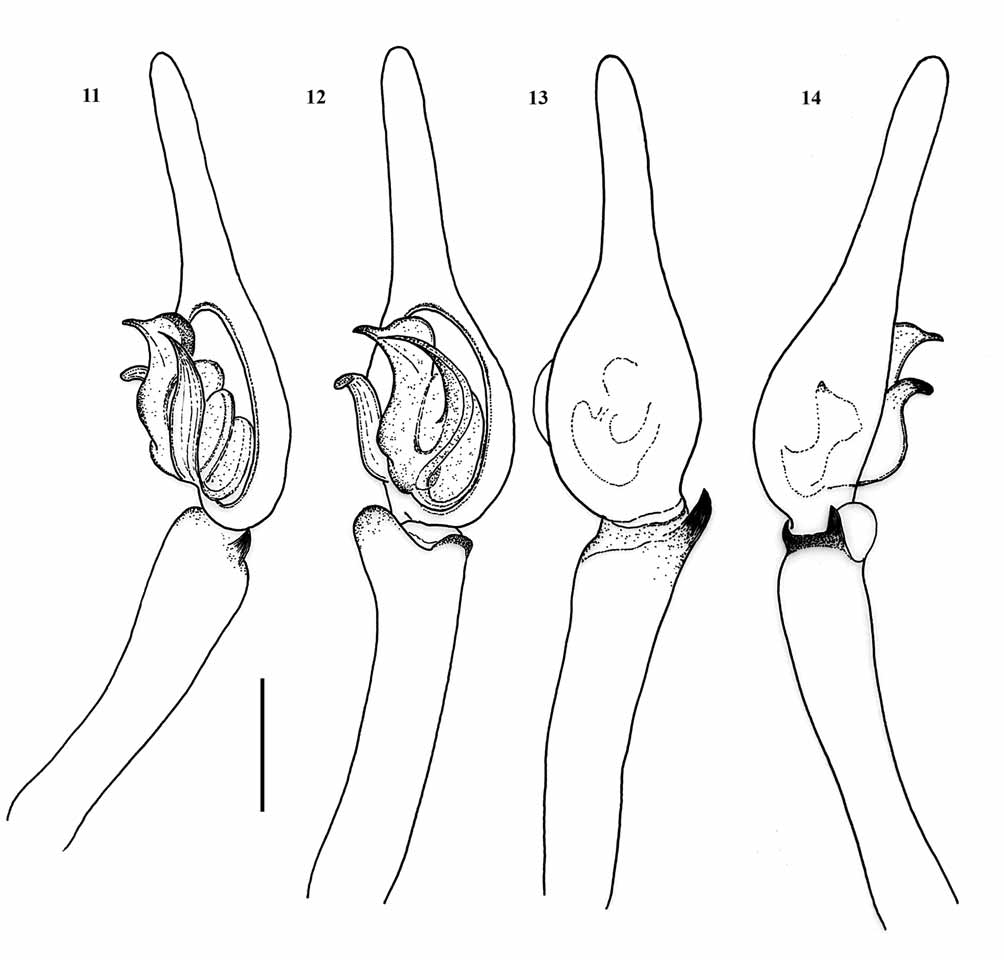