Dakar area including Madeleine Island, and to the south along the Petite Côte, Senegal.

This is a valid, phenotypically variable species, which is closer to V. reticulatus  than to V. mercator  , both phylogenetically and according to its radular morphology ( Abalde et al. 2017b). The distinction between V. belairensis  and V. reticulatus  based upon conchological or even radular features might not be effective in all cases. Whereas the original population from Bel-Air in Dakar seems to be extinct due to pollution from the large harbor of the city, the species occurs in many other locations around Dakar and to the south. As it happens with most species of cone snails living on the peninsula of Dakar, the individuals seem to have adapted very well to anthropogenic conditions, and populations thrive even in densely populated areas as long as they are not affected by chemical contamination, i.e., fuel from port activities. 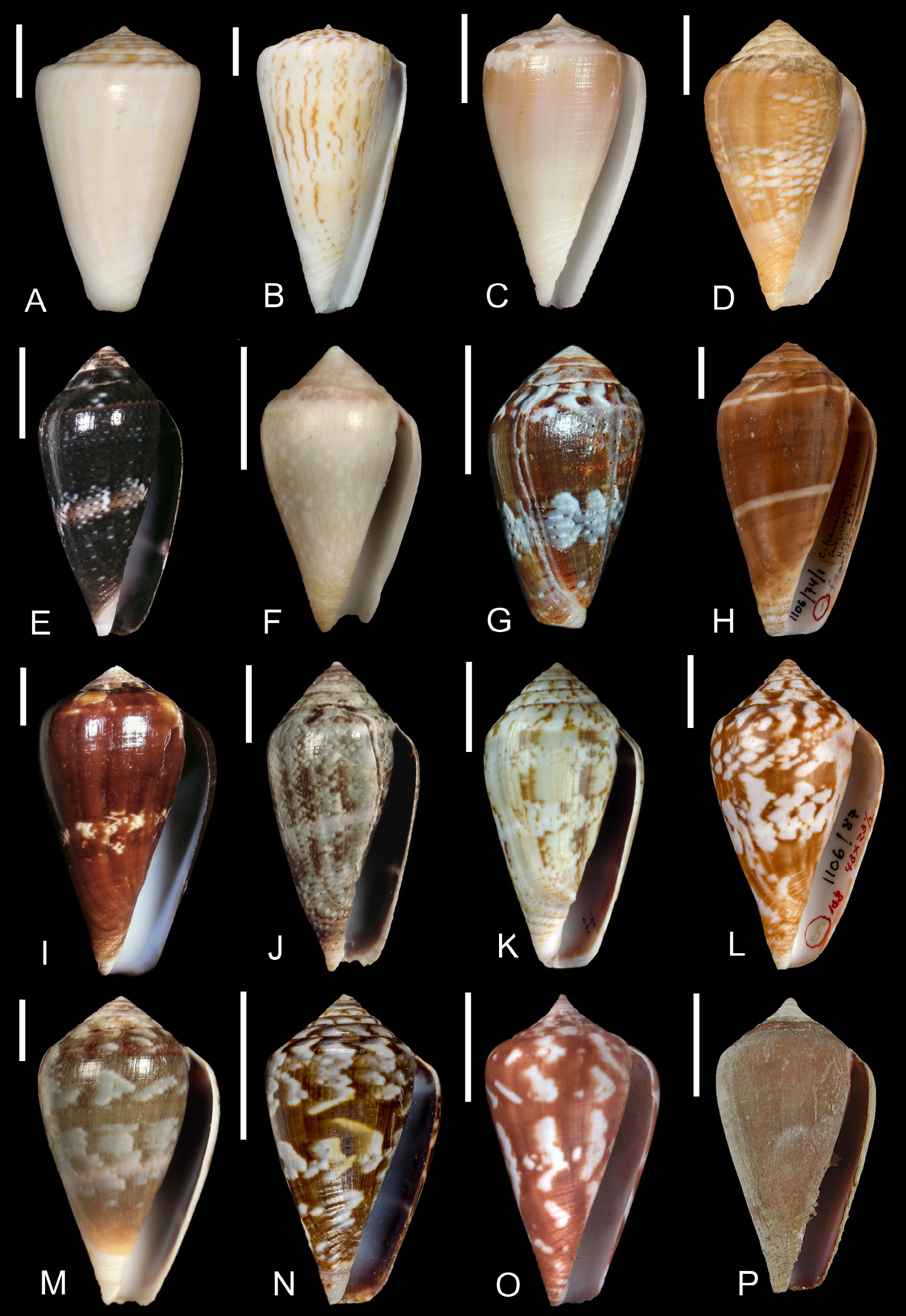