Recognized from other Orasema   and African Ivieosema   by the fore wing lacking setae and with a medial longitudinal fold. Distinguished from I. limulus   by the smooth face, frons with 2 depressions between eye and antennal scrobe (Fig. 39 View Figures 38–43 ), and the basal gastral tergite with a laterally carinate median longitudinal depression extending the equivalent length of the petiole. 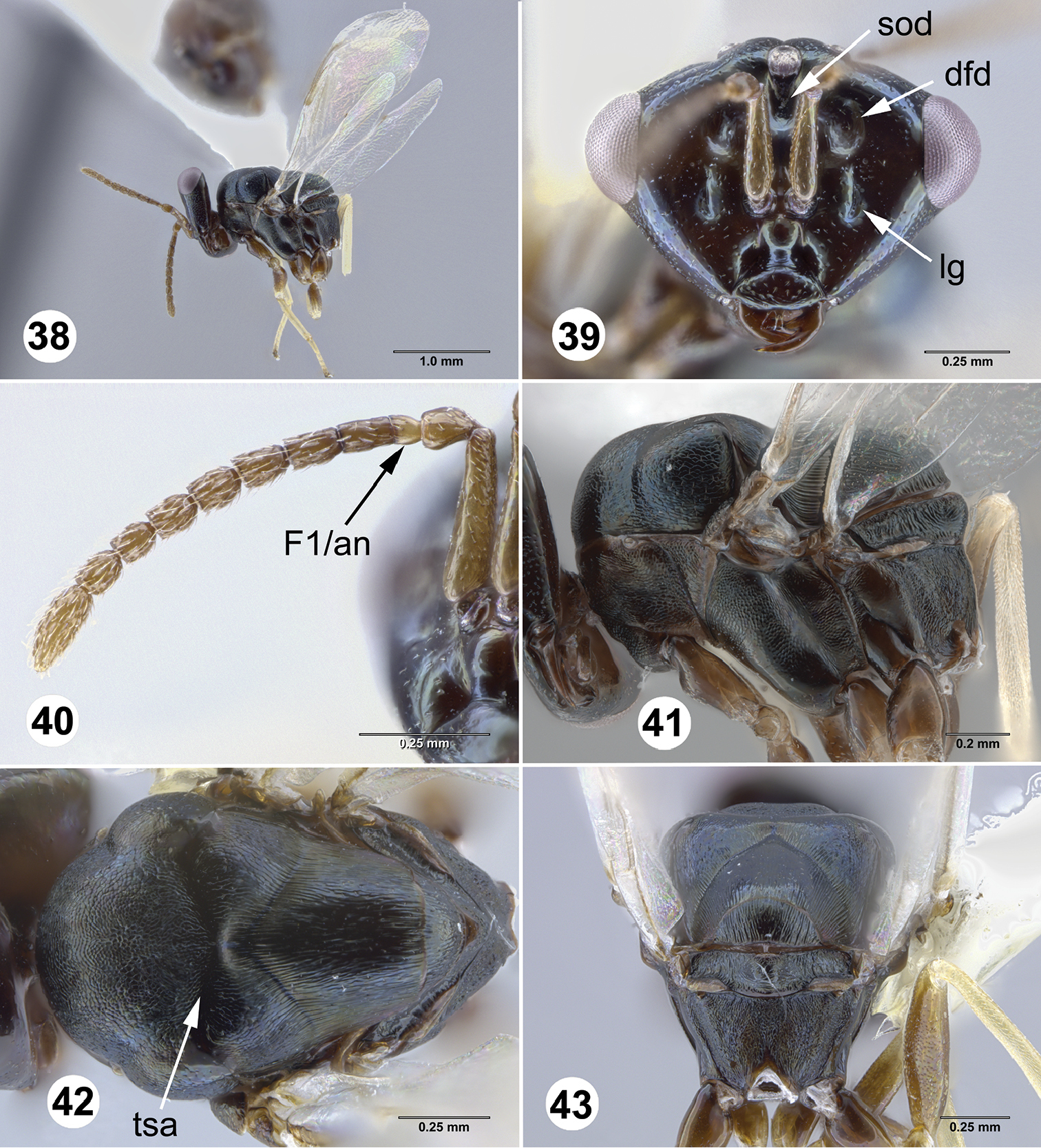 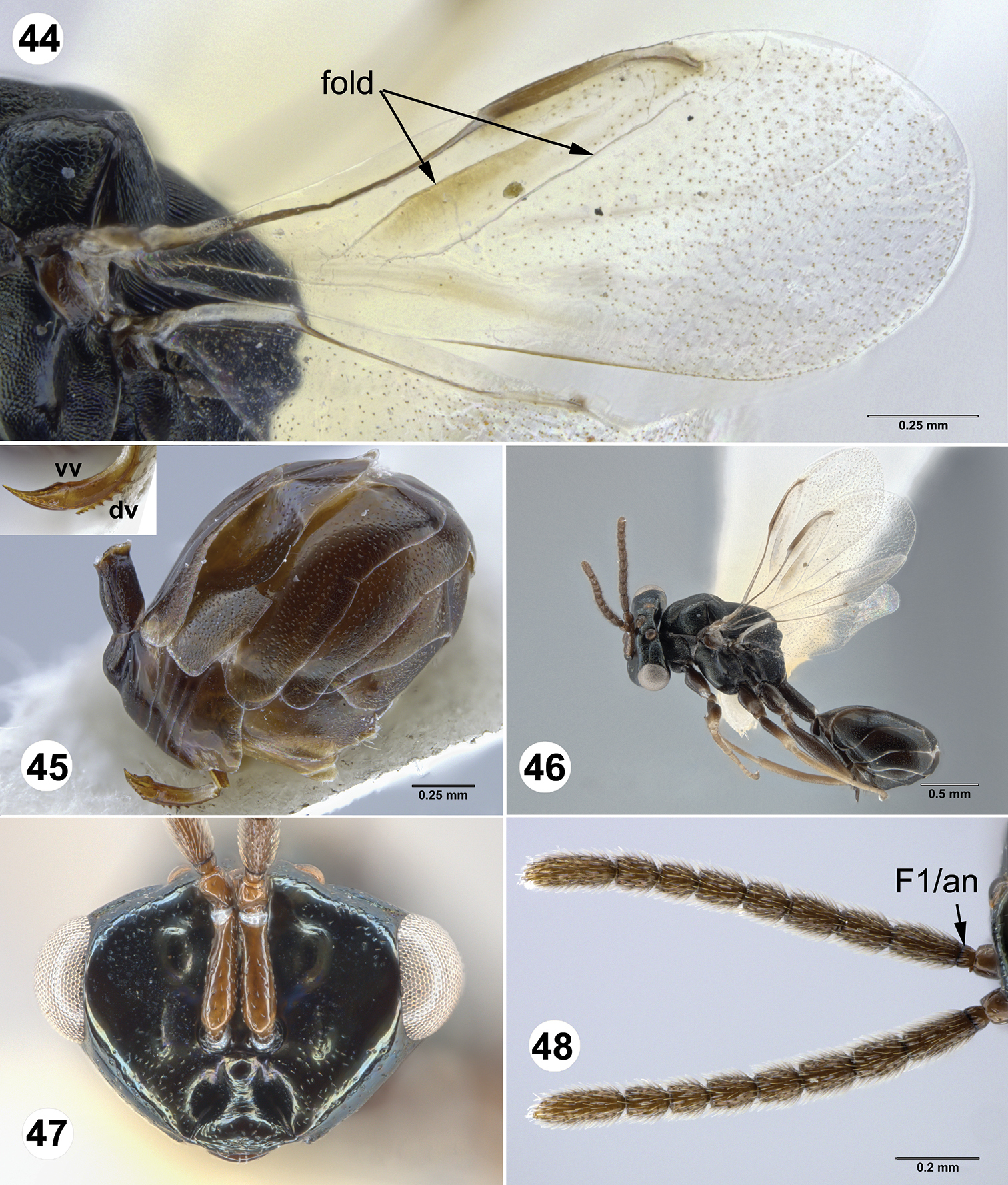 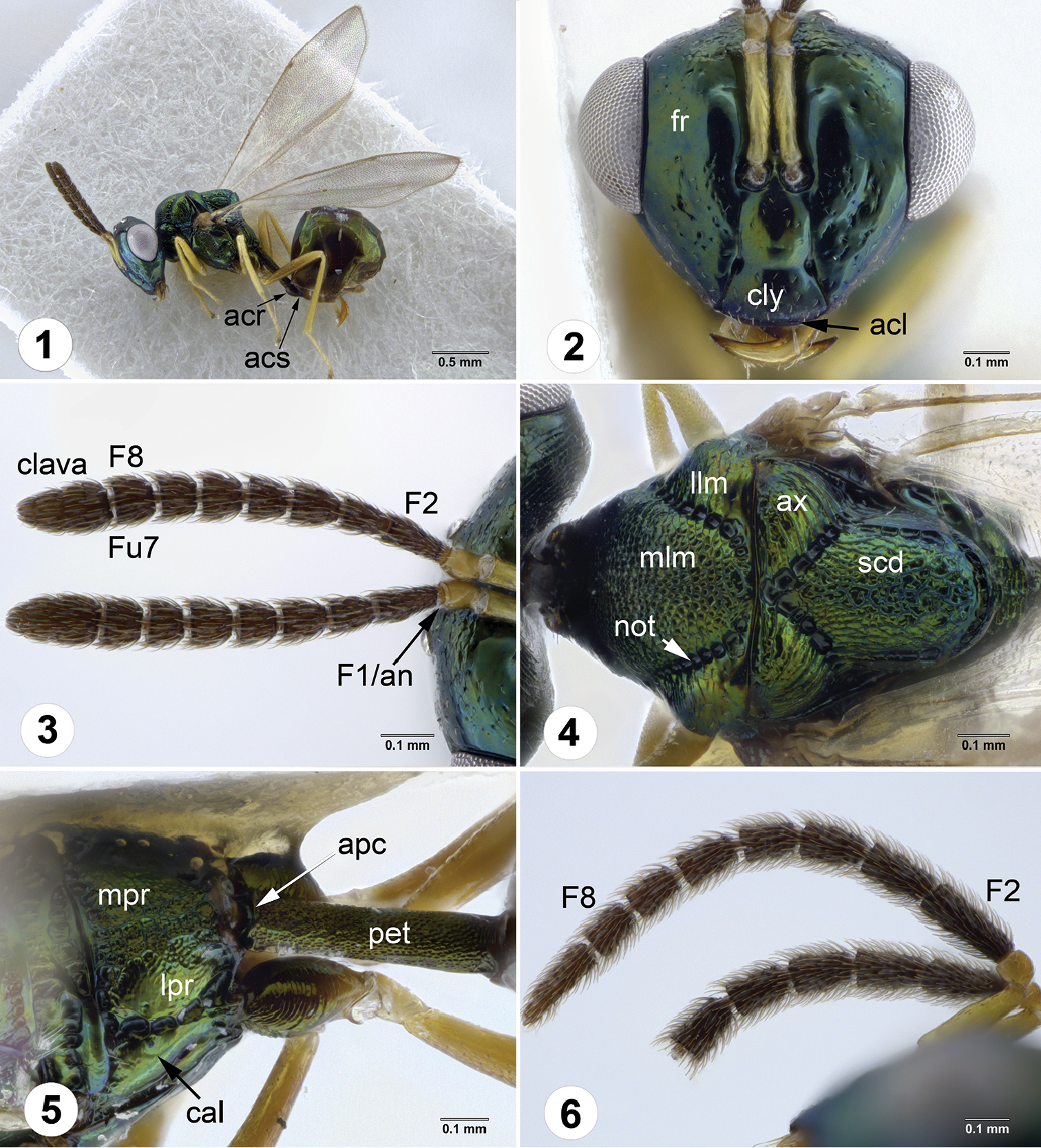