Diagnosis. Bryconops piracolina   belongs to the subgenus Bryconops   in having no teeth or rarely one tooth on the maxilla and a naked area on the cheek between the second and third infraorbitals. It is distinguished from all species of this subgenus by the pigmentation of the dorsal fin with a large black blotch extending from near the dorsal-fin base distally for approximately one half the length of most dorsal-fin rays, in contrast to the dorsal fins of congeneres that are slightly pigmented with scattered chromatophores. Bryconops piracolina   furthermore is distinguished from all congeners, except B. inpai Knöppel, Junk & Géry, 1968   , by possessing an entirely black adipose fin. It differs from B. inpai   by its lack of humeral spots. It further differs from all species of the subgenus Bryconops   , except for B. caudomaculatus (Günther, 1864)   , by having the last scales of the longitudinal series of scales that bears the lateral line series not pored beyond the end of the hypural plate. Bryconops piracolina   differs from B. caudomaculatus   by the number of pored lateral line scales (31-36, mean 34.6, n = 8, vs. 37-43, mean = 40.6, n = 101, respectively).

Etymology. The specific epithet name piracolina   is given in allusion to its type locality, Igarapé Piracolina. A noun in apposition. 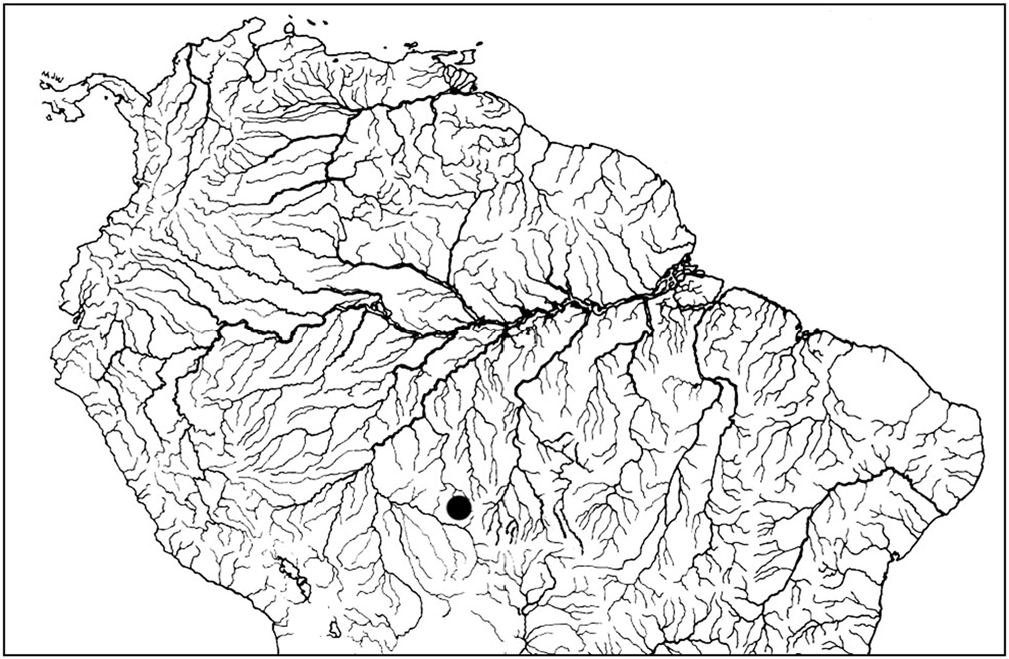