Plectranthias hinano   sp. nov. can be distinguished from all of its congeners by the following combination of characters: dorsal-fin rays X, 15, the last branched to base and counted as one; pectoral fin rays 11 or 12; vertebrae 10+16; lateral line complete with 29-30 tubed scales; gill rakers 7-8+12-13; ventral margin of preopercle with three antrorse spines; snout moderately long, 3.0-3.2 in HL, 12.3-14.2% SL, overall red coloration with two indistinct black spots along the base of dorsal fin, translucent yellow dorsal and anal-fin membranes.

Light tan overall, with dark brown stippling in vertical bands along lateral sides of body, darkest brown along base of dorsal fin at location of black spots.

Plectranthias hinano   sp. nov. is named after Teurumereariki Hinano Teavai Murphy, former associate director of the University of California Berkeley Gump Research Station and president of the cultural association Te Pu Atitia, in honor of the significant contributions she has made supporting Polynesian biocultural heritage and field research in Moorea, French Polynesia. The name is a noun in the genitive case.

The two specimens described in this paper, plus an individual that was retained for public aquarium exhibition, were collected respectively in Tahiti and Moorea, French Polynesia. A similar species was photographed at 120 m depth in Erikub Atoll, Republic of Marshall Islands, however specimens were not retained (Fig. 5B View Figure 5 ). The Marshall Islands specimens lack the black markings along the dorsal-fin base, and thus more closely resemble Plectranthias bennetti   (Fig. 5C View Figure 5 ), indicating that the latter may have a wider Pacific distribution and not just be restricted to the Coral Sea. All known individuals of P. hinano   sp. nov. have been observed or collected in highly complex habitats on walls and ledges within MCEs (Fig. 3 View Figure 3 ), suggesting that the species does not inhabit shallow coral reefs. 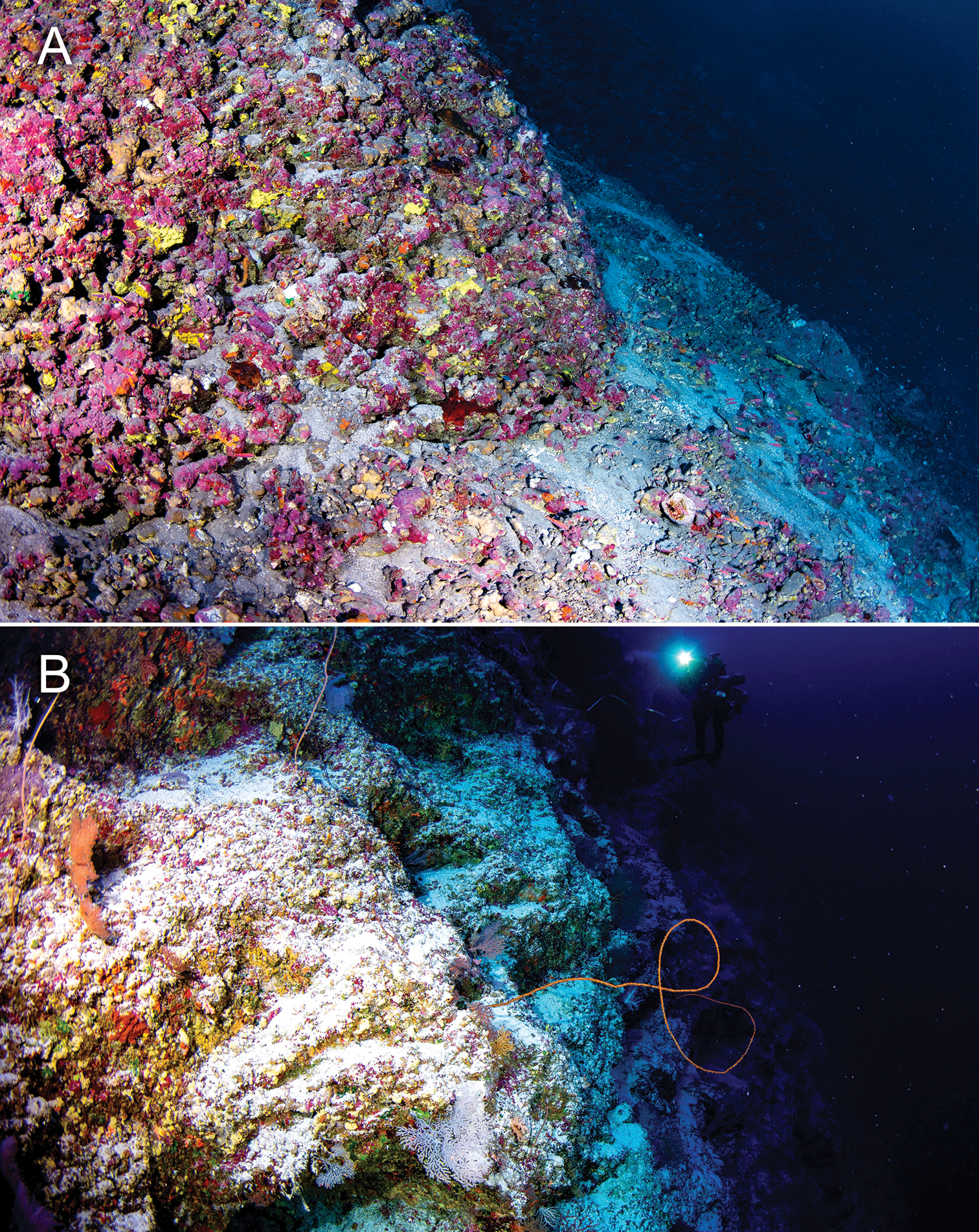 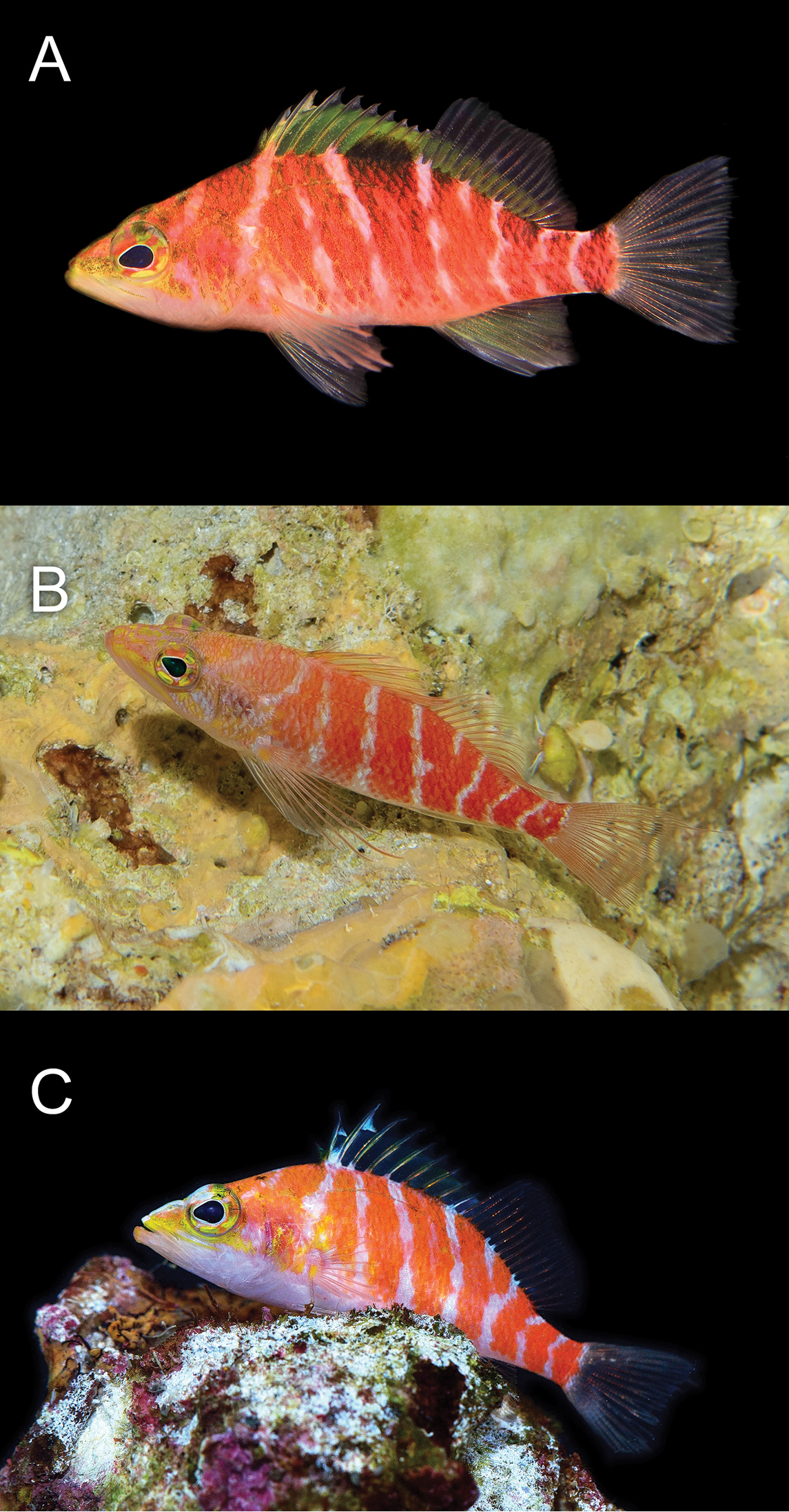