The material described by Allman (1877) is presently divided into two lots, both held in the Museum of Comparative Zoology at Harvard University and, therefore, should be considered as syntypes of the species. We chose the material MCZ 9063 as the lectotype and MCZ 9077 as paralectotype of A. abies ( International Commission on Zoological Nomenclature 1999, Article 74).

Allman (1877, p 20) already noticed that ‘‘the hydrothecae of this species [ A. abies ] are considerably smaller than those of either C. conferta or C. longitheca . They can be seen … to be of a very different shape from those of the two former species, being here of an elongated flask-shape, tumid below and gradually narrowing towards its orifice’’.

Allman (1877, p 20) also pointed out that ‘‘Here [ A. abies ] also they [the hydrothecae] are plainly provided with a distinct floor, and in all respects resemble a typical sertularian hydrotheca’’, and figured (Plate 13 Figure 2 View Figure 2 ) the hydrothecae completely closed at their base. Nevertheless, the examination of type material leaves no doubt that the hydrotheca is devoid of a floor or diaphragm, as shown in Figure 1 View Figure 1 . The sharp decrease in diameter of the hydrothecae at the hydrothecal base could account for Allman’s (1877) mistake.

In the examined type material of A. longitheca ( MCZ 45714 View Materials ), there was a small vial with four fragments up to 9 mm long which clearly belong to A. abies . In these fragments the branching is alternate in one plane and the angle between stem and branches is ca 45 °. The shape and size of the hydrotheca is in complete agreement with the type material of A. abies .

According to Allman (1877), the label belonging to the type material of A. abies was effaced, it not being possible to ascertain the exact locality and depth from which the specimen came. The material of A. longitheca here assigned to A. abies was collected at a depth of 567 m off Double-Headed Shot Key (23 ° 579300 S, 80 ° 299150 W), Florida. 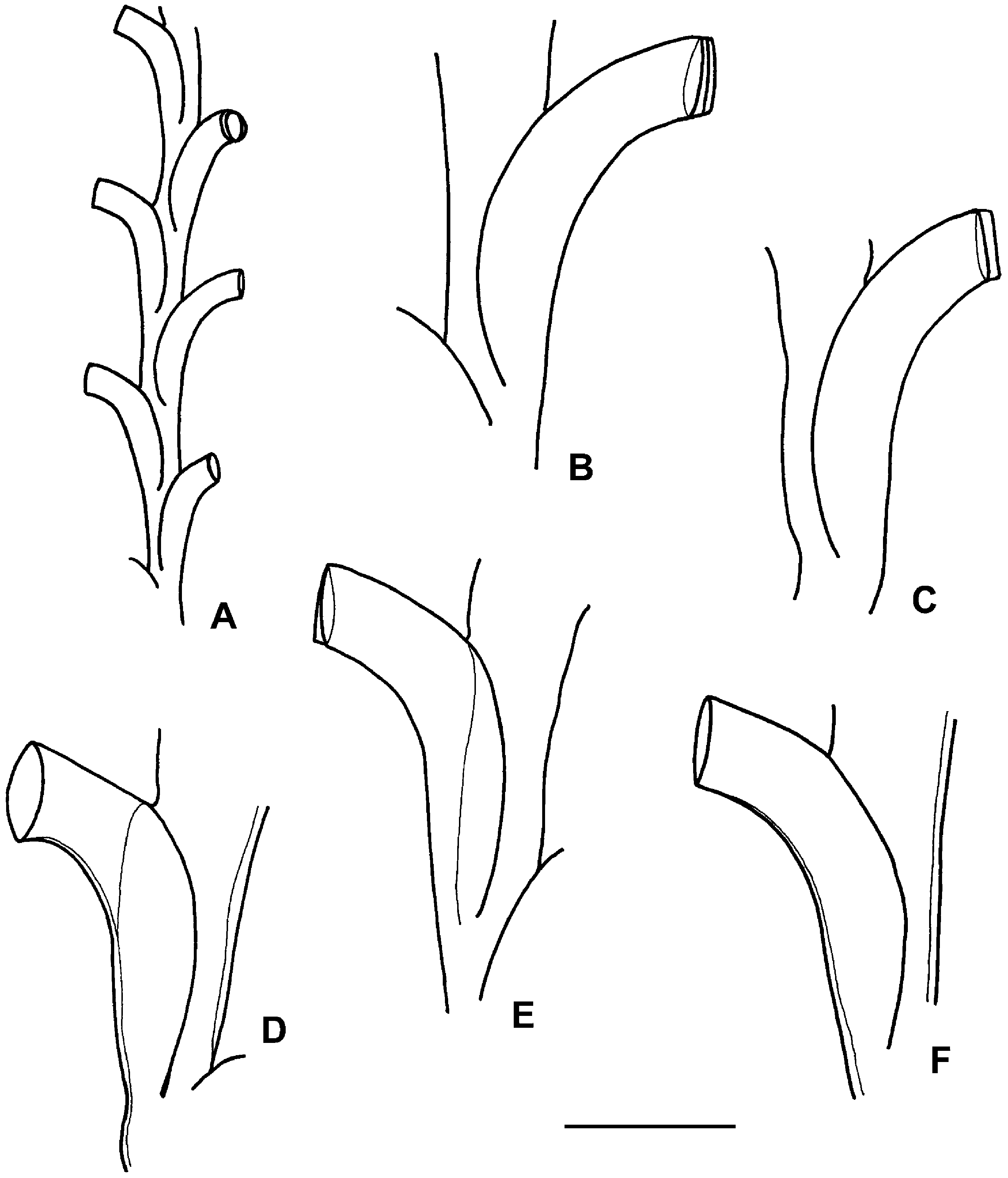