Distribution. Israel: Throughout the distribution range of Q. boissieri   . Elsewhere: A common species from the Iberian Peninsula to Transcaucasia and Iran.

Comments. Galls of the asexual generation of this species are somewhat similar to those of Cynips quercus   on the same host plant ( Fig. 32 View FIGURES 29–34 ) but are smaller and golden-brown rather than green. 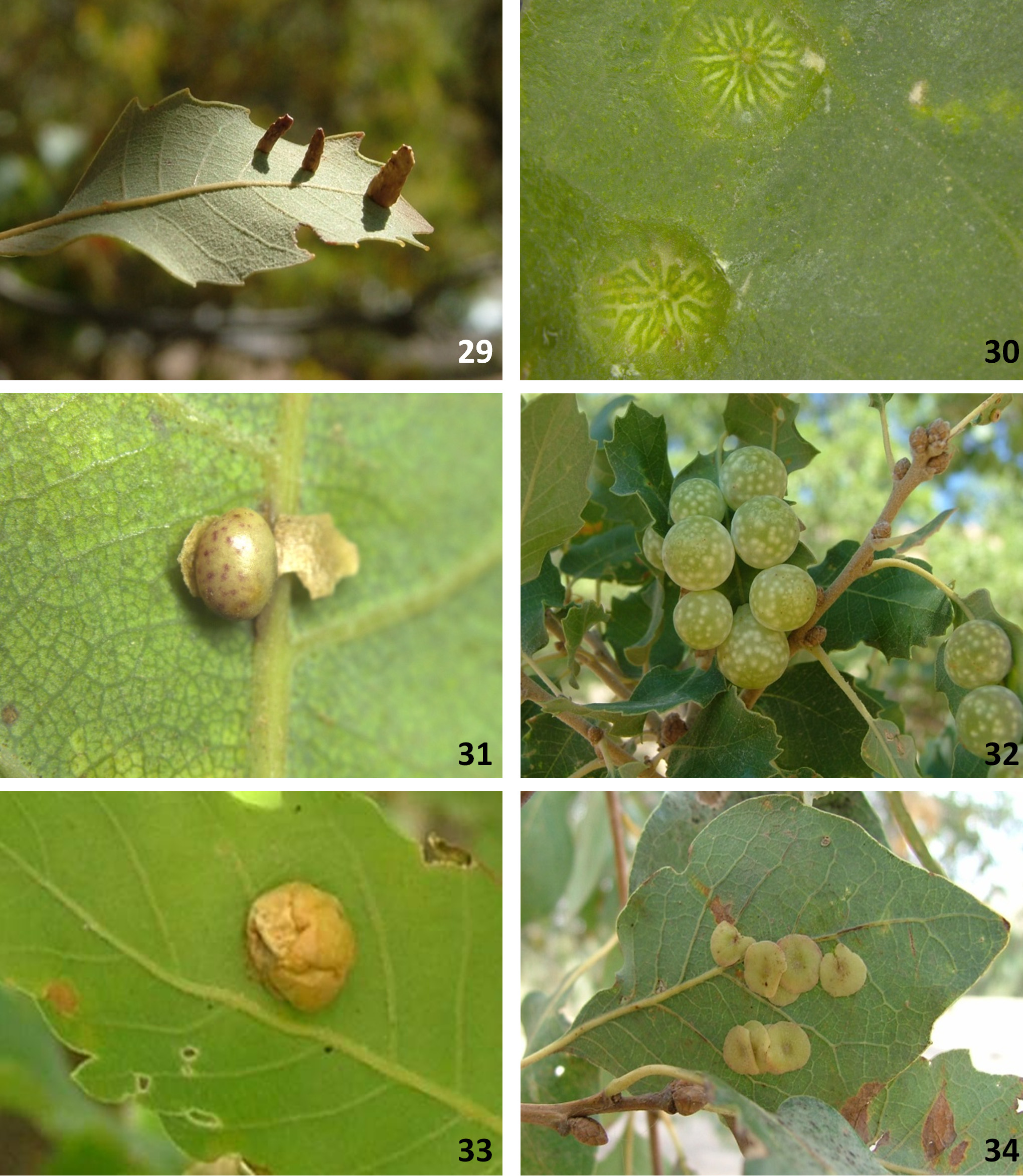