All leg setae pointed. Trochanter with 4 setae, femur with 9 setae. Tibiotarsal setal number 12, A and B setal whorls of six setae each ( Fig. 6 View FIGURE 6 I). Unguis stout, without teeth or tunica-like expansion; unguiculus pointed, minute.

Ventrally, head with three pairs of medial setae. Mesosternum and metasternum each with two setae. Ventral tube with 4+4 setae on valves and 2+2 setae on base. Abdominal sternal setae usually variable and irregularly arranged. Sternum of Abd. II with 6 a-setae, m-setae m0 and m3 or m1 and m3, and 6 p-setae ( Fig. 6 View FIGURE 6 D). Sternum of Abd. III similar but a-row with 10 setae. Arrangement of setae on Abd. IV sternum variable and usually irregular; a0 and m0 present, absent or one seta shifted to median. Sternum of Abd. V with five setae surrounding the genital aperture and two setae, occasionally three setae arranged asymmetrically, on the anterior lip. Sternum of Abd. VI with complete setal complement.

Remarks. Mixturatulla ozwini n. sp. differs from nearly all other Tullbergiidae in lacking pseudocelli on the metanotum. It shares this character with Ameritulla clavata n. comb. and Psammophorura miniclavata n. sp., but M. ozwini n. sp. possesses pseudocelli on Abd. I‒V, whereas A. clavata and P. miniclavata lack them on Abd. I and III. Tubercle size and arrangement on Abd. VI also differ markedly. In M. ozwini n. sp. the dorsal tubercles are strongly erumpent, of irregular shape and up to twice as wide as the granulations on A. clavata , which are round and clearly separated. Finally, the PAOs of the three species differ markedly in number and arrangement of the vesicles.

Mixturatulla ozwini n. sp. bears some resemblance to Tullbergia silvicola Folsom, 1932 . The latter species has a PAO with two rows expanding into multiple rows toward the exterior end, and Abd. VI has rows of enlarged granules, although they are not coalescent as in M. ozwini n. sp. The two species differ markedly in several characters. In M. ozwini n. sp. the labial palp has blunt papillae A and B; In T. silvicola all labial palp papillae are pointed (unpublished). 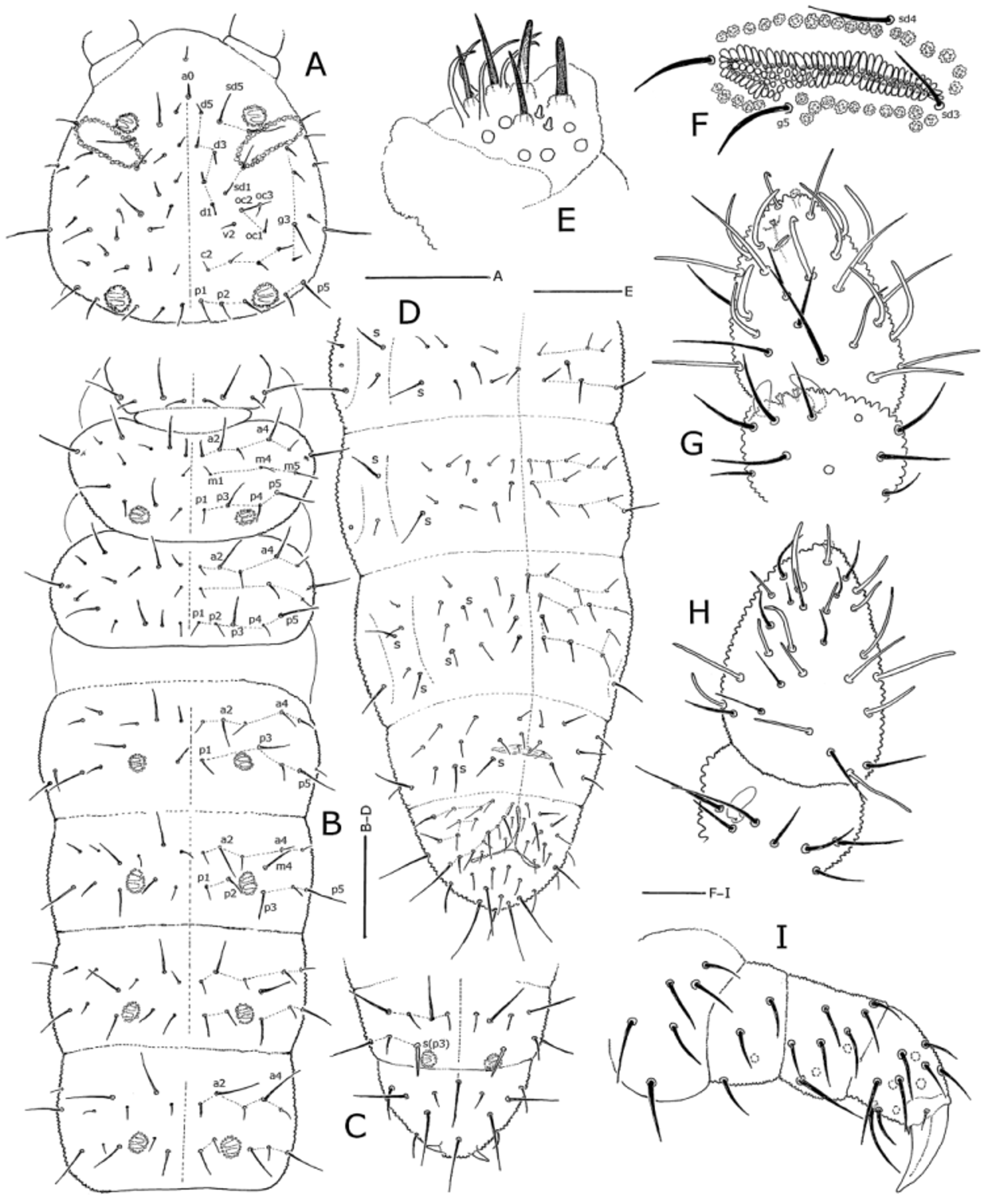 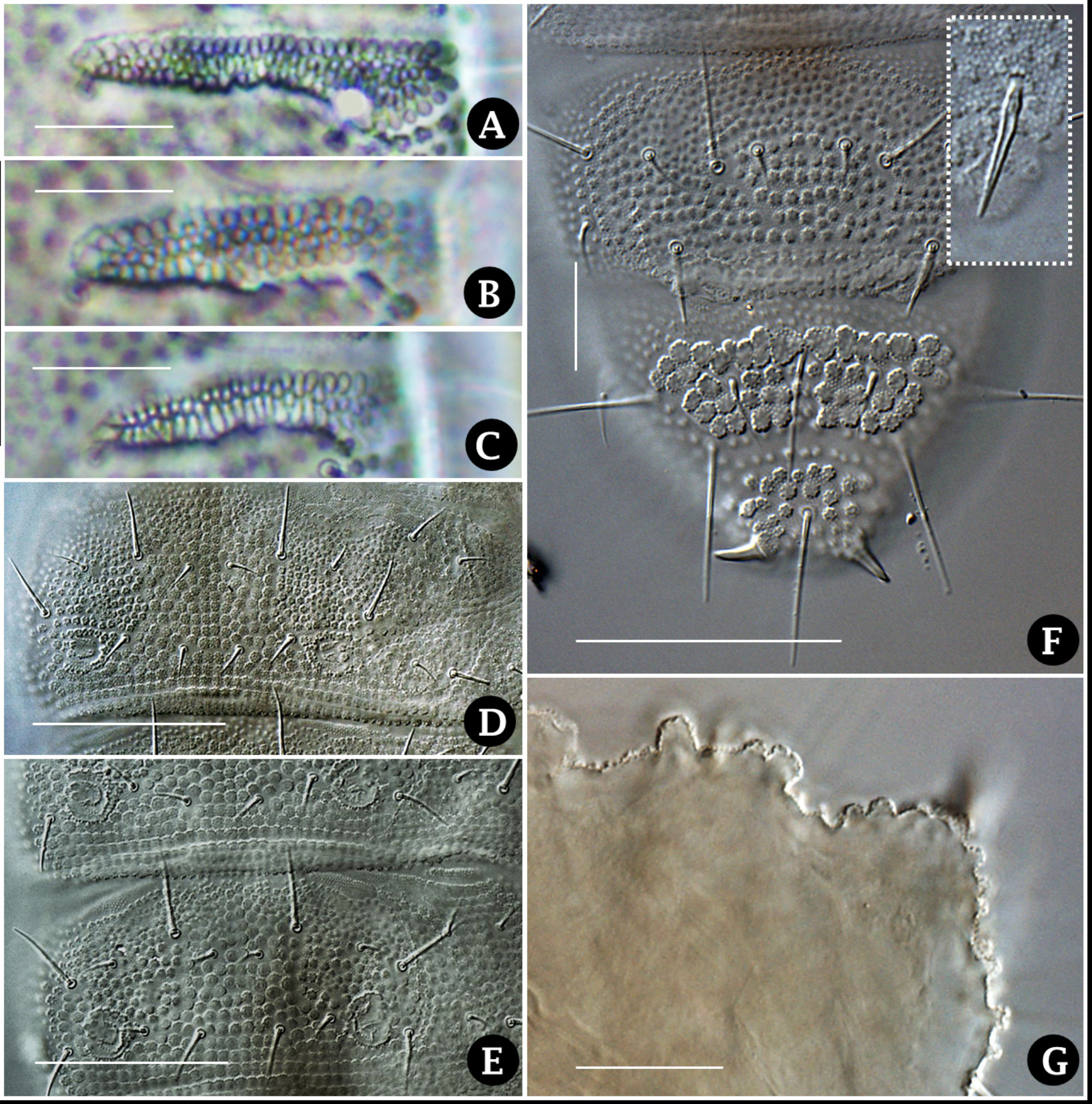