The thick third joint of posterior telopods and the large, long, well-rounded lobe of the first stigma-carrying plate identifies this species unambiguously.

Head: posterior margin of head towards collum without patch of small hairs.

Gnathochilarium: ventral side with numerous bristles ( Fig. 32A View FIG ). Four sensory cones, located together lateral of palpi ( Fig. 32B View FIG ). Two different types of sensory uvulae on central pads: long, cylinder-shaped ones with 1 medial pit and plain ones without pit.

Anterior telopods: syncoxite on both sides without hair, but on anterior side covered with numerous, small, triangular black spines. First joint with a stridulation harp and one long, broad and strong stridulation rib ( Fig. 30H View FIG ). Second joint on posterior side with one lobe-like, weakly curved process with rounded edges ( Fig. 30I, J View FIG ). Point of process protruding not as high as midpoint of third joint, towards third joint apically with sclerotized spots ( Fig. 30J View FIG ). Third joint elongated, of cylindrical shape, protruding internally much higher than laterally. Joint with a cavity juxtaposed to second joint. Inner side of cavity with numerous sclerotized spots, lateral side with 3 spines ( Fig. 30I, J View FIG ). A single sclerotized tooth located closely to tip ( Fig. 30I View FIG ).

The specimen of the BLF 7994 has more ventral spines (8) at the first pair of legs. It shows the same number of sclerotized teeth on the posterior telopods.

The only locality where recent material of Z. platylabum   was collected is the rainforest at PN Andasibe ( Fig.41 View FIG ). The relatively plenty records in the literature ( Attems 1910; Brolemann 1922) may indicate, that this species has (or had?) a wider distribution. The CAS specimen was in the same vial with an immature female of an undescribed Zoosphaerium species.

This species is conserved in the Parc national Andasibe ( Fig. 41 View FIG ). 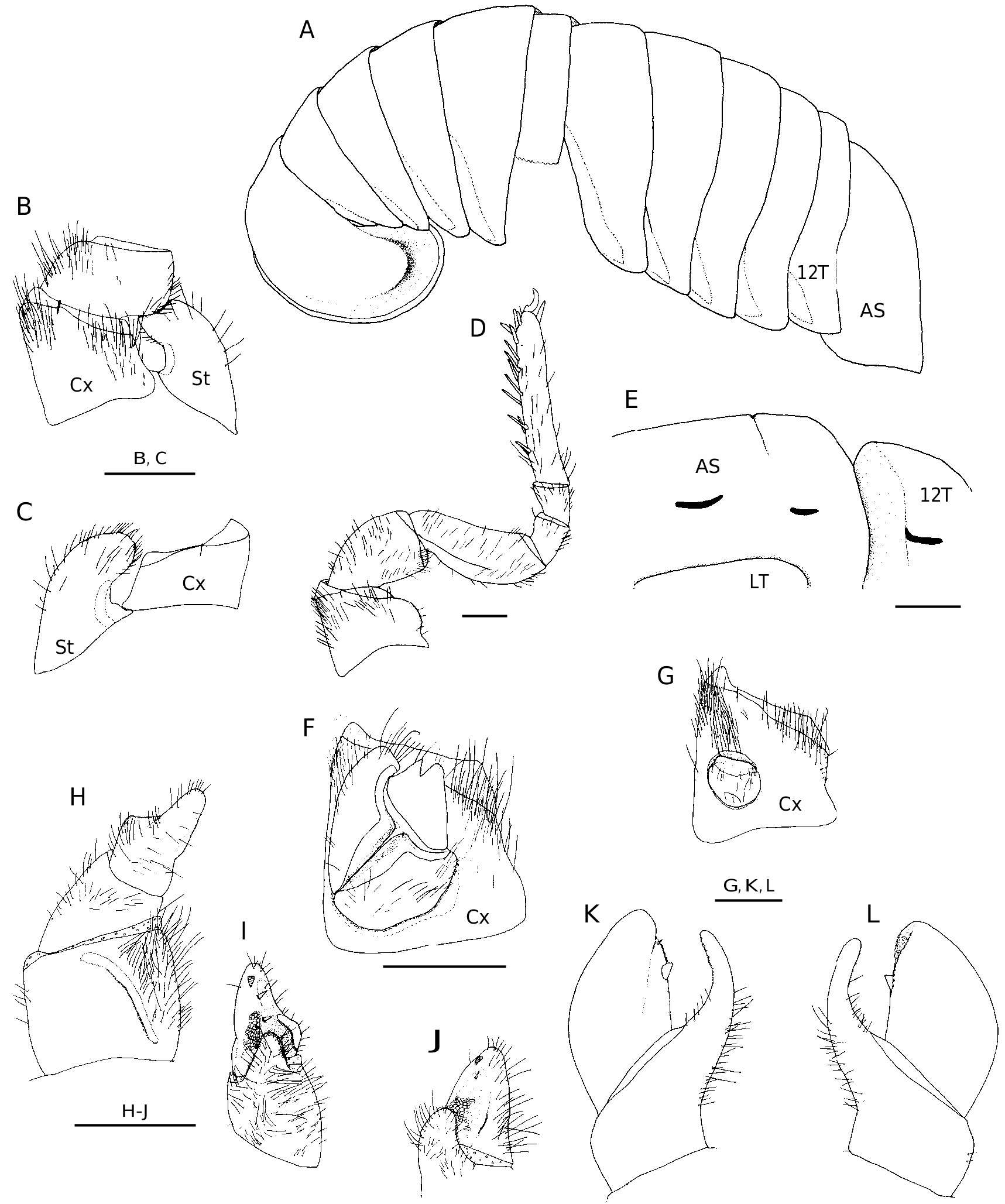 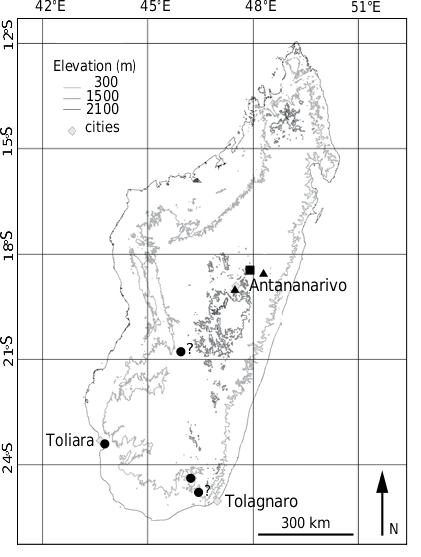