Described from Panama, with the synonym Mitothrips petulans Bagnall   based on a male from Trinidad, this species has been studied from Trinidad, Surinam, Venezuela, Ecuador, Paraguay, Peru, and southern Brazil [ SMF, BMNH, USNM]. Many of these specimens were taken from vines, including Vitex   and Ipomoea   , but others were taken from dead branches. The forewing pattern is similar to that of F. vespiformis   , but antennal segment IV is paler than in that species, sometimes being largely yellow ( Fig. 13 View FIGURES 12 – 20 ). 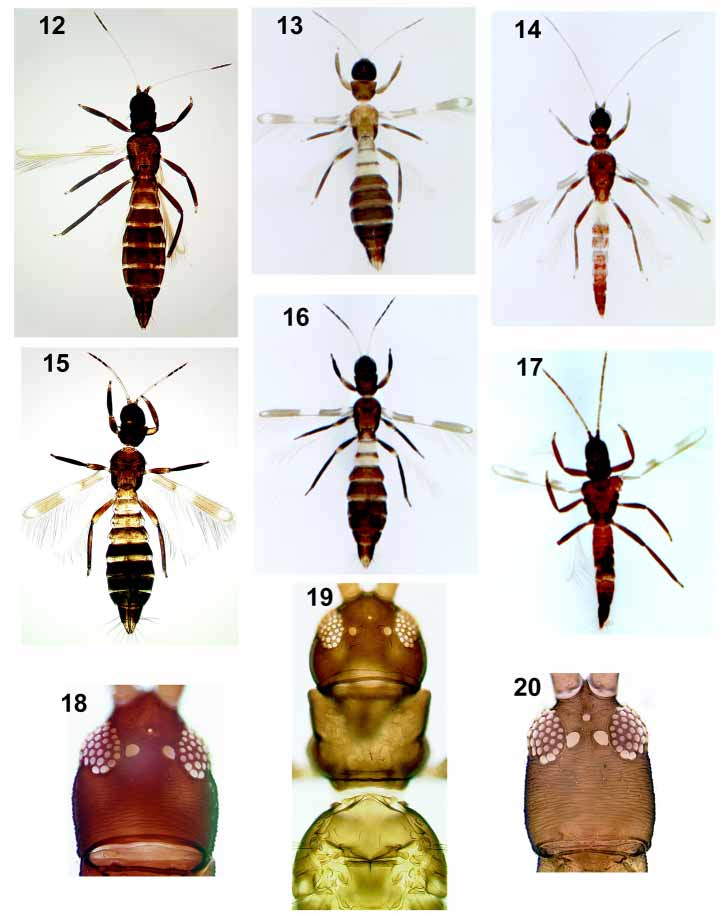