Described from a single female taken in the eastern Congo [ USNM], four females have subsequently been studied from Rwanda [ SMF]. The head is deeply recessed into the prothorax, resulting in a single compact spherical outline that is sharply constricted to the basal neck ( Fig. 3 View FIGURES 1 – 11 ). Unlike F. megalops   , the tenth abdominal segment is not sharply paler than the ninth segment. 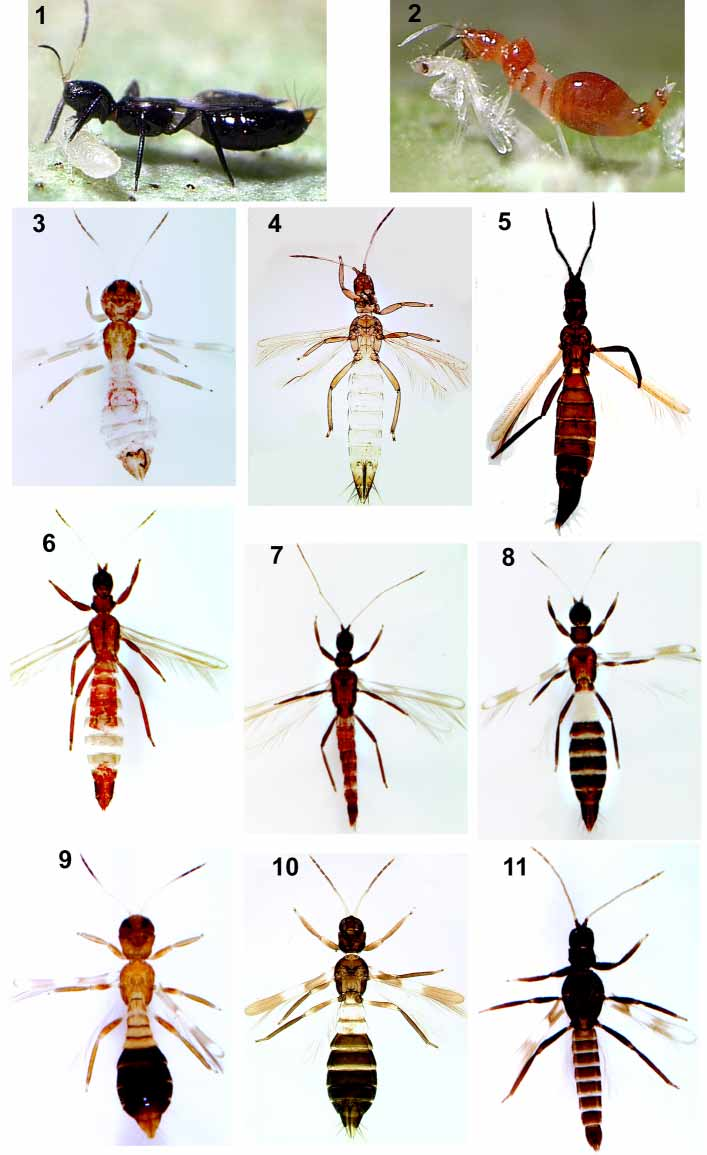