Description. The small specimens at MRAC are a loose tangle of zooids combined with filamentous algae ( Fig. 10a View FIGURE 10 ). In his original description of the species, Rousselet (1907) wrote that the colonies “form a thin, closely adherent, interlacing encrusting layer” on rocks and shells. The MRAC material includes no substrata at all, so presumably the colony has been carefully removed intact. In all other respects the specimen matches Rousselet’s description: transparent body wall light brown in color, branches short and intertwined, internal reinforcing rings (“septa”) occurring at all branching points. The specimen has no floatoblasts. The sessoblasts are deeply sculptured, the fenestra periphery bearing normal tubercles with some reticulation, but the central area appearing to be a chaotic mix of tissue corrosion and hypertrophy ( Fig. 10b, c View FIGURE 10 ). Specific details vary among sessoblasts, and it appears that no two may be exactly alike. Dimensions of the frontal valve (without annulus) for two specimens are 330 x 237 μm and 328 x 231 μm. The annulus is wide and clearly reticulated. The basal valve is partially supported by stubby pillars similar to those of Plumatella marcusi Wiebach, 1970 in the Amazon ( Wood & Okamura 2017).

Remarks. The MRAC specimens, collected at the northern end of Lake Tanganyika, match Rousselet’s (1907) description of material collected near the southern end. Floatoblasts are absent from both collections, not necessarily because they never occur, but possibly because the floatoblast season is brief. While best appreciated with scanning electron microscopy, the irregular pattern on the sessoblast also shows up well when the isolated valve is viewed with transmitted light ( Fig. 10b, c View FIGURE 10 ).

The sculptured sessoblast, while unusual, is not unique. Similar wild sessoblast morphology is seen in Varunella coronifera Wiebach, 1974 from Madhya Pradesh, India. A third example would be from an undescribed plumatellid from Uttarakhand, India, No. 4800 at the Zoological Survey of India in Kolkata (Wood, unpublished). In the two species from India the floatoblasts appear perfectly normal, showing no similarity to the unusual sessoblast features.

Although labeled “ paratype,” the MRAC material is not part of the original collection from the Third Tanganyika Expedition ( Rousselet 1907), which is housed at the Natural History Museum in London. This is wholly new material collected more than 50 years later at the opposite end of Lake Tanganyika .

Annandale & Kemp (1912) designated P. tanganyikae as the type species for the new subgenus, Afrindella . However, the only labeled example of Afrindella from Annandale’s collection at the Zoological Survey of India is actually Plumatella bombayensis (ZEV 4799/7, ZSI), so it is possible they were referring to this and not to Rousselet’s Central African species. 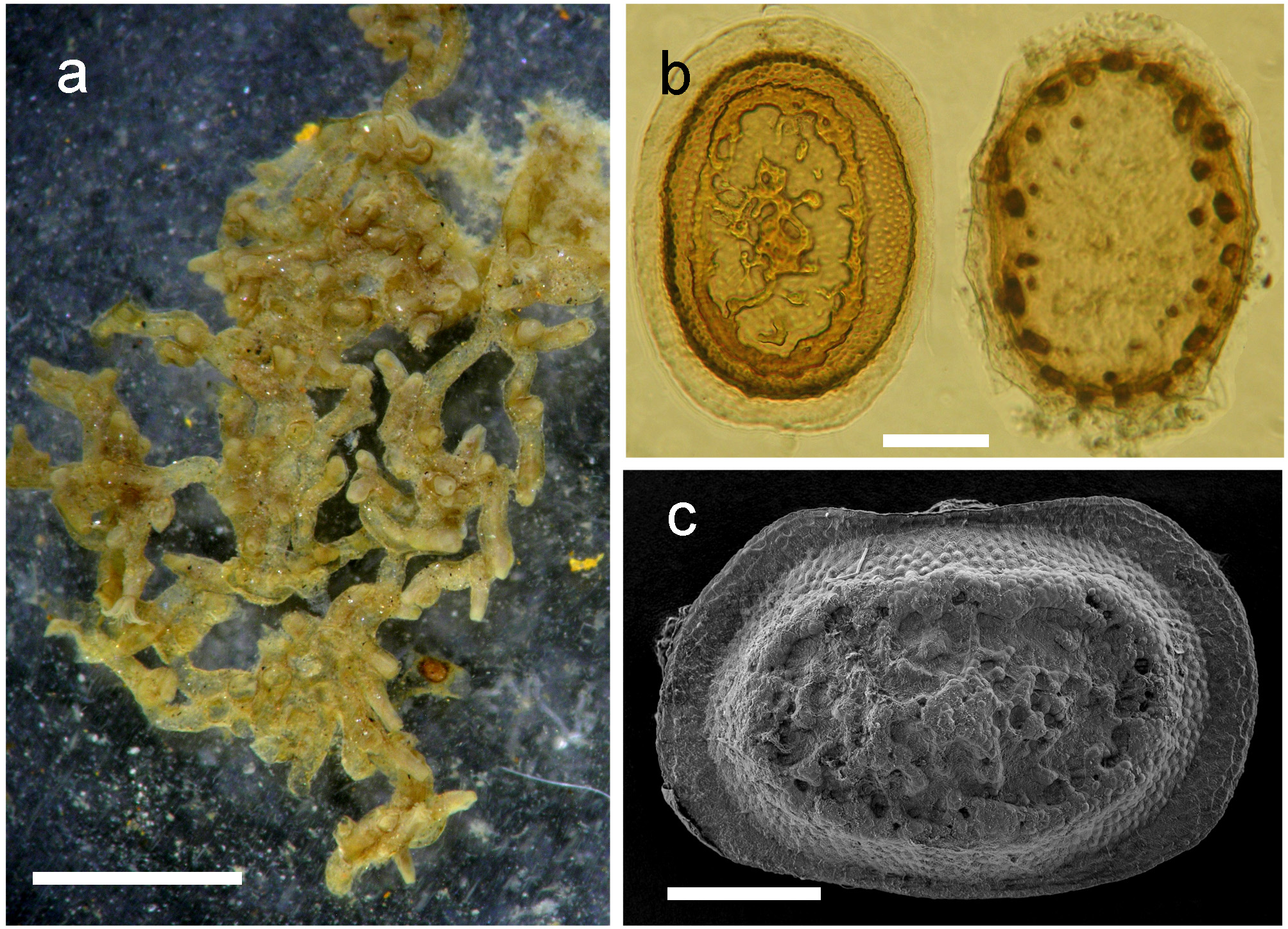