Ipomoea fasciculata is a very distinct species with no obvious affinities, distinguished by the clustered flowers forming a subcapitate inflorescence, the small, prominently mucronate, scarious glabrous sepals and the small, rostrate capsule.

BRAZIL. Endemic to Pernambuco State in NE Brazil and only known from the type collection. It was found growing on the Inselberg Pedra Cabeça de Velho at 832 m, presumably on granite rock. The vegetation is described in more detail by Gomes and Alves (2010), who report that, as in Bolivia ( Wood 2009), plant families such as Bromeliaceae , Leguminosae and Asteraceae are common, genera such as Croton L. and Chamaecrista Moench being especially characteristic. Figure 9 View Figure 9 .

In the absence of other collections or any information about threats to its habitat, the status of this species can only be classified as Data Deficient (DD) within IUCN (2012) guidelines. It would be treated as a "black star " species within the classification of Hawthorne and Marshall (2016), but again this must be considered a provisional classification as no systematic search has been made for the species at the type locality or in other similar habitats. Given the highly dispersed distribution of other inselberg species, it might be expected to occur in other isolated locations.

The epithet fasciculata refers to the clustered or bunched inflorescence, which is a salient characteristic of this species.

We have not been able to sequence this species and its relationships are not clear. It is very distinct because of the subcapitate inflorescence, the small, prominently mucronate, scarious glabrous sepals and the small, rostrate capsule.

Within the context of this paper this species is unique not only for the form of its inflorescence but also for having been found on a dome mountain within the Caatinga biome. Similar granite or crystalline domes are fairly common in parts of eastern Brazil but are less common in the Cerrado biome, although they are found in Mato Grosso and parts of Eastern Bolivia. Several species of Ipomoea have been described from these domes, notably I. graniticola J.R.I. Wood & Scotland and I. chiquitensis J.R.I. Wood & Scotland from Bolivia ( Wood et al 2015), both of which were thought originally to have been pin-point endemics, but the former has been subsequently found in similar habitats in both Paraguay and Brazil, while the latter has been found in NE Brazil. It is to be hoped that I. fasciculata will be found on other inselbergs, perhaps at a considerable distance from the type locality. 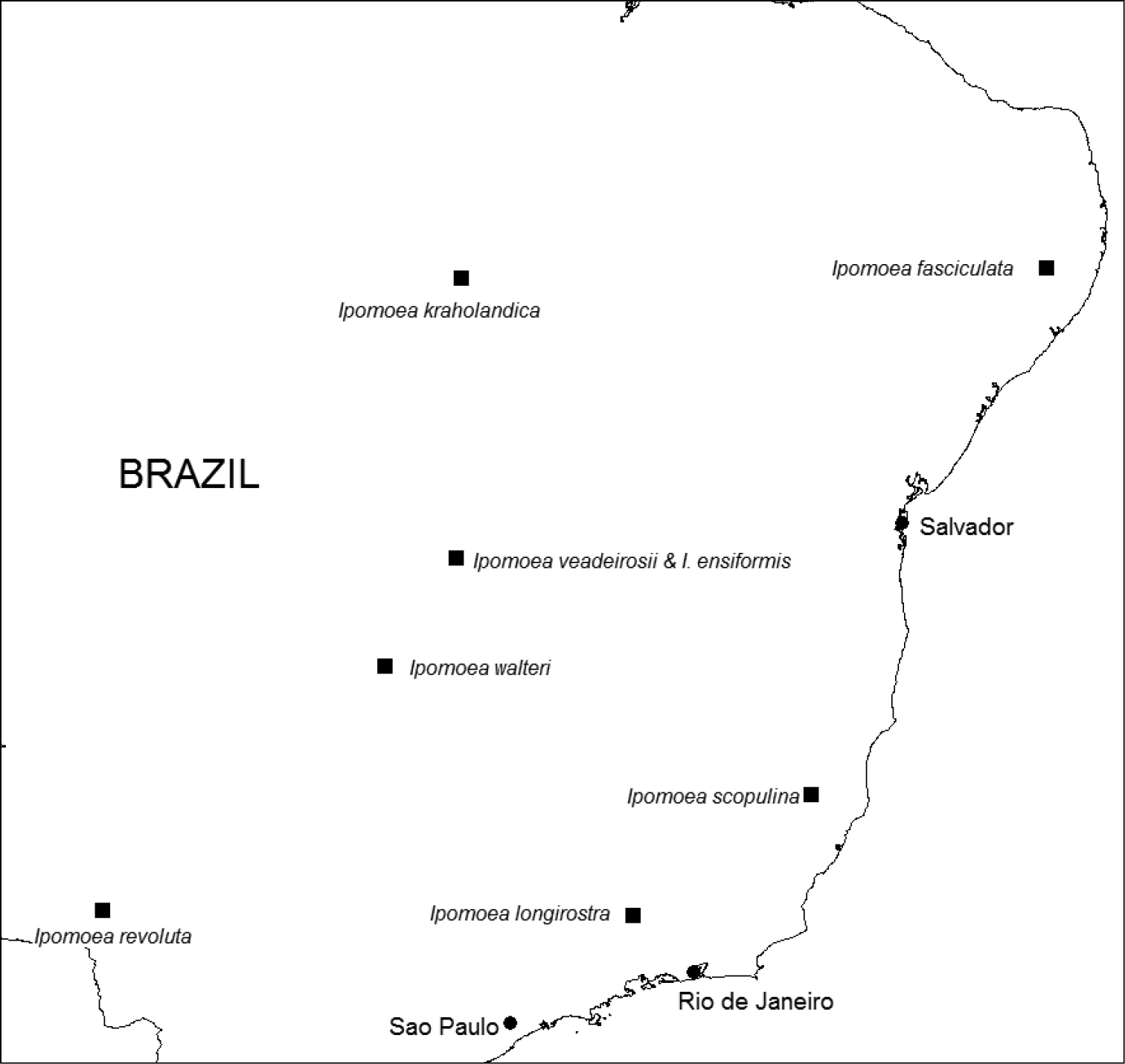 Figure 9. Map of Eastern Brazil showing distribution of I. ensiformis, I. fasciculata, I. kraholandica, I. longirostra, I. revoluta, I. scopulina, I. veadeirosii, and I. walteri. 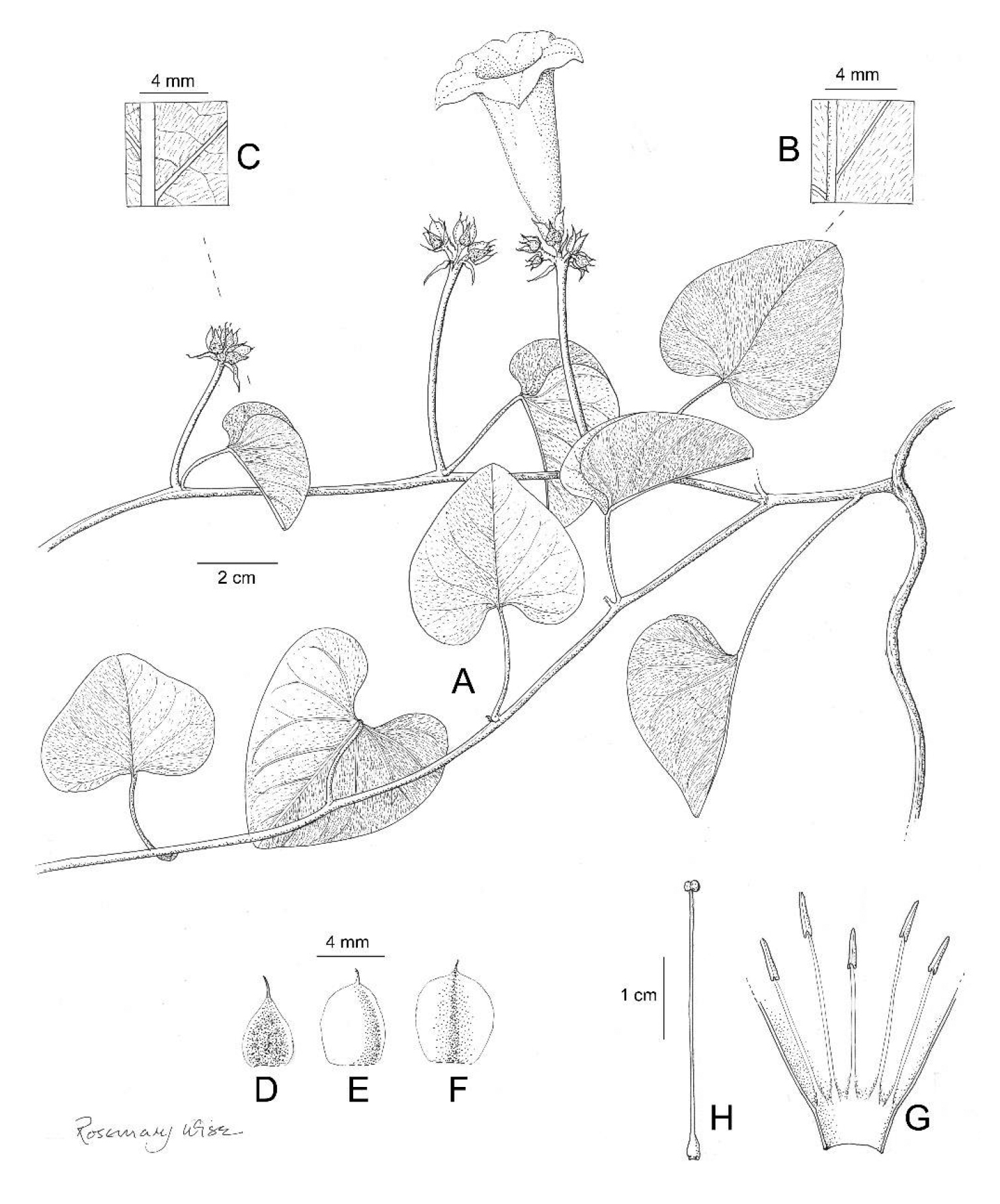