Diagnosis. This species can be distinguished from the next new species D. galbinea sp. nov., by the forewing which has the orange-white antemedian band strongly broadened toward costa in the anterior half, and a small orange-white costal patch, a remnant of the postmedian band; the hind wing evenly orange white. The male genitalia can be distinguished from those of D. galbinea sp. nov. by the cucullus without median ridge.

Etymology. This species’ name is derived from the type locality. 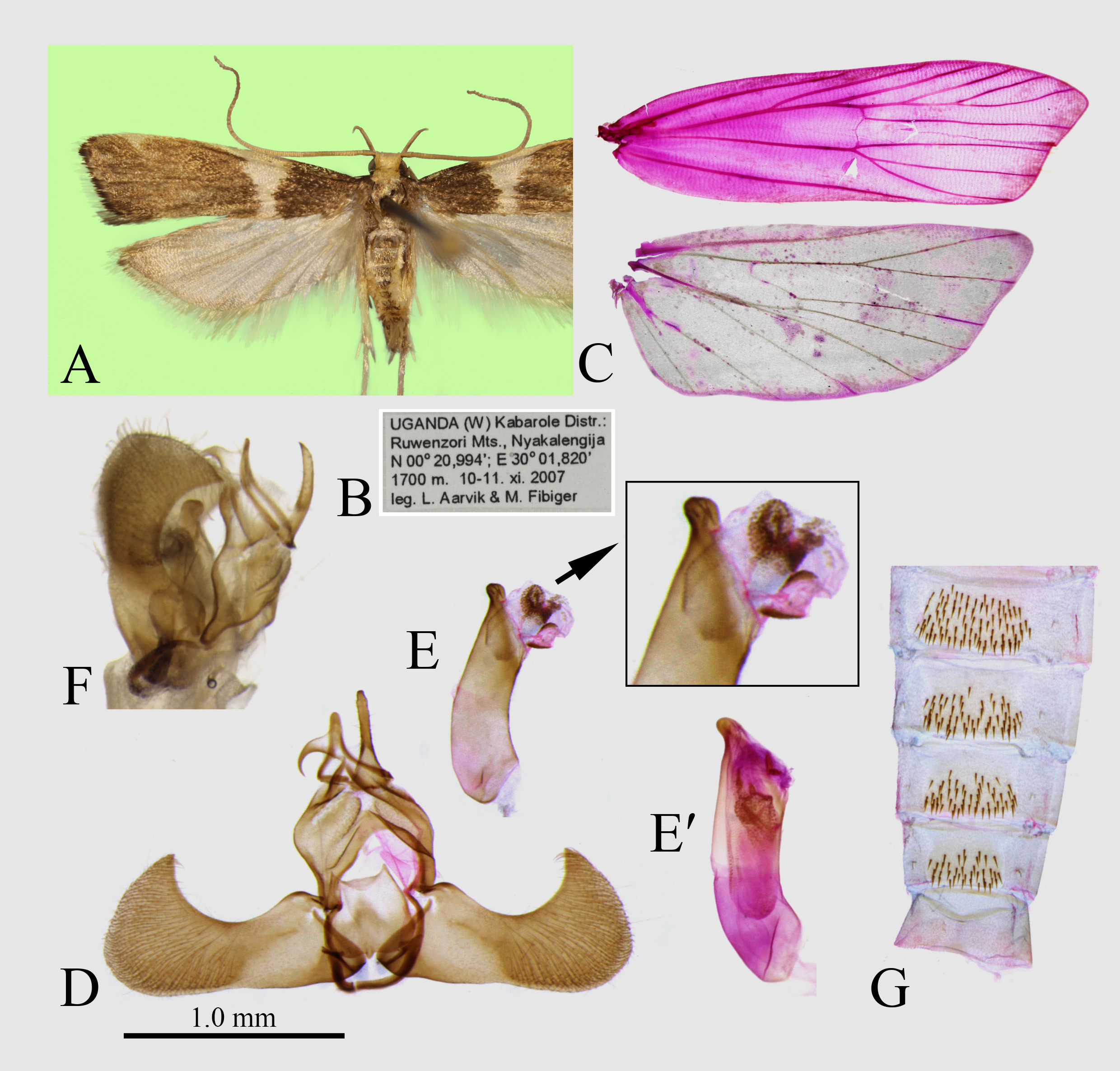