Diagnosis. This species can be easily distinguished from all previously described species of the genus by the purplish dark brown ground color of both wings, with narrow, light orange antemedian band, a small, light orange discal spot, an oblique postmedian line, originating from costal patch, discontinued to inner margin, and with subterminal line in the forewing. The male genitalia can be distinguished from its allies by the cucullus elongated with round apex.

Etymology. This species name is derived from the Latin, pedis- (= foot), with a Latin suffix, -alis, referring to the foot-shaped cucullus of the male genitalia. 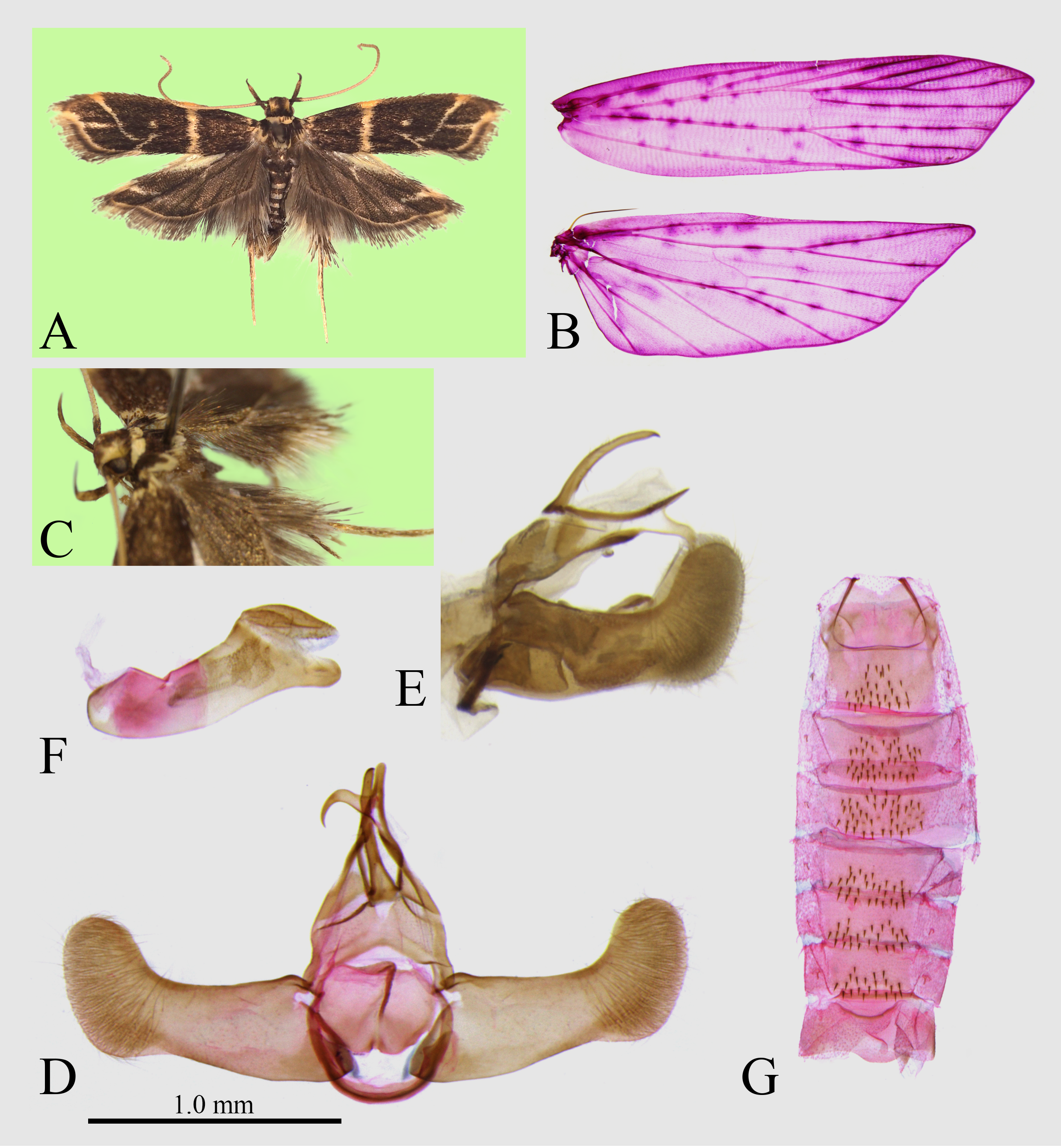