Etymology. This species is derived from the Latin, vittatus (= striped) with a Latin diminutive suffix, - ella, referring to the well-developed band in the forewing. 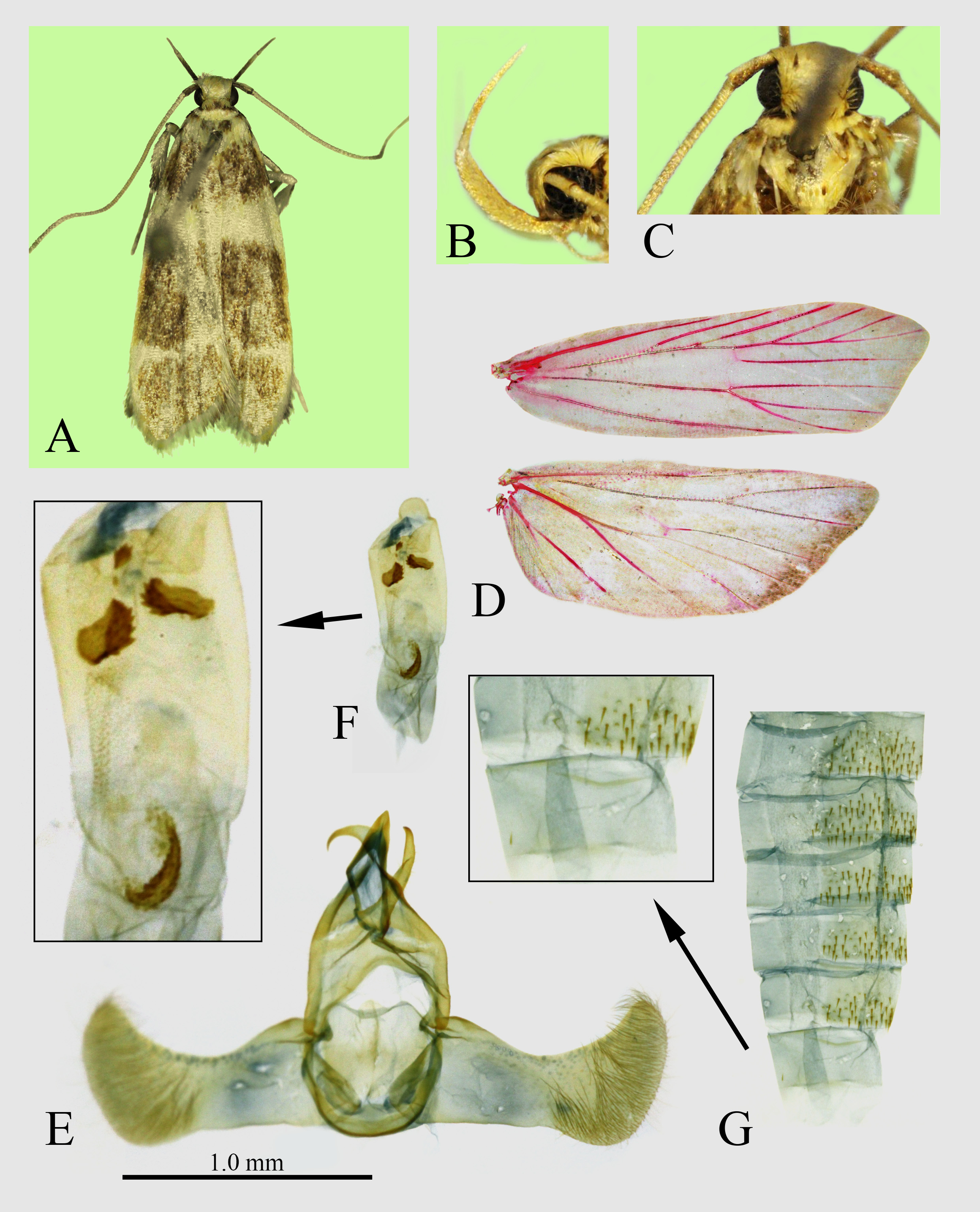