Diagnosis. The forewing pattern of this new species is similar to all species of the hispidula species-group, and the venation of both wings are well accordant with the type species of the genus. The species can be distinguished from its congeners by the forewing markings, especially the peanut-shaped, dark brown zone between postmedian band and termen.

Etymology. This species’ name is derived from the type locality.

Remarks. The analysis of the COI sequence places the present species far from the other species. However, it is no doubt that the species belongs to the genus Dragmatucha by morphological characters, including the wing color pattern and the venation of both wings. Further study is required for clarifying this issue. 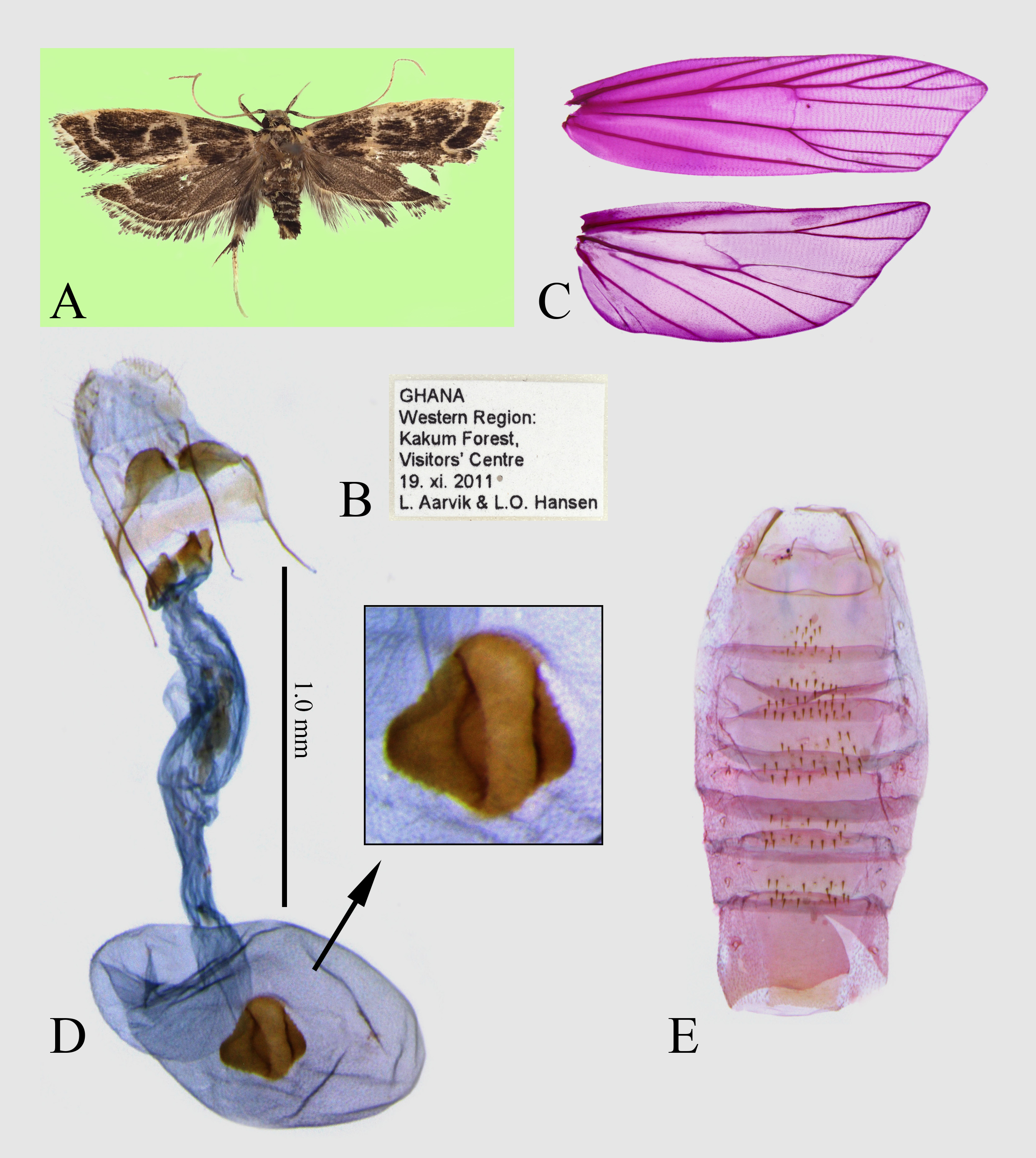