The female differs from that of M. munduruku  sp. n. by mid depression extending to posterior margin in basal area of metapostnotum ( Figure 4DView Figure 4) and the male, by basal area of metapostnotum with longer and strongly impressed longitudinal rugulosities ( Figure 13AView Figure 13); both sexes can be distinguished from M. sodalis  by head and thorax mostly dark brown, lacking metallic reflections.

All studied specimens were from Bolivia. The only record of this species in Brazil was published by Friese (1923:3), based on a female from ‘Manaos’. However, no additional specimens from Brazil have been found during this study and Friese (1926:124) does not include the Brazilian record in his treatment of M. cuprea  . 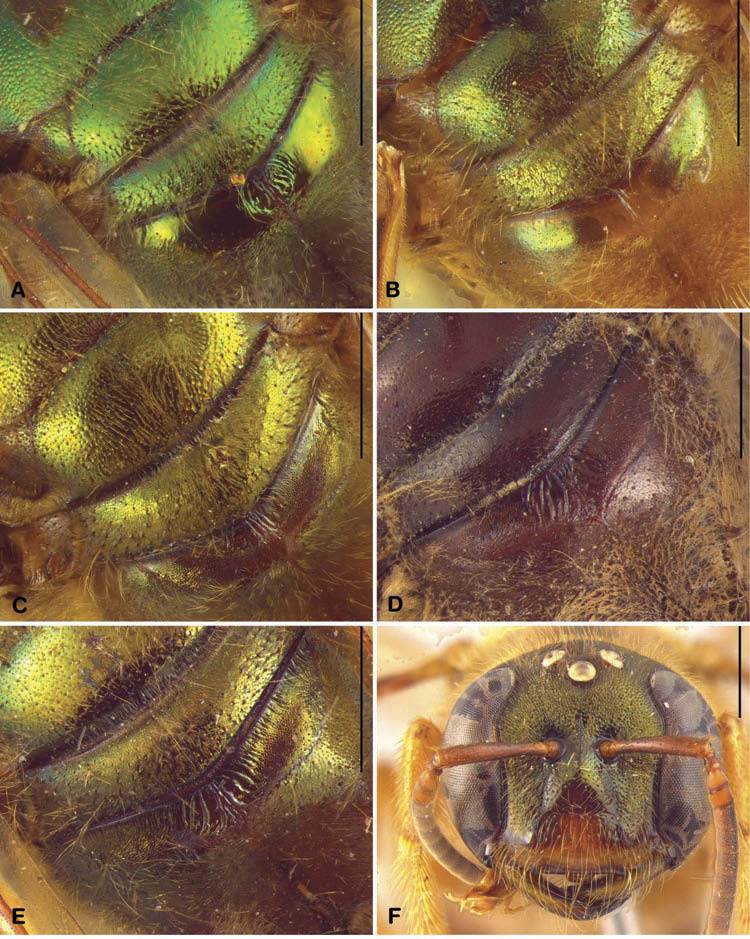 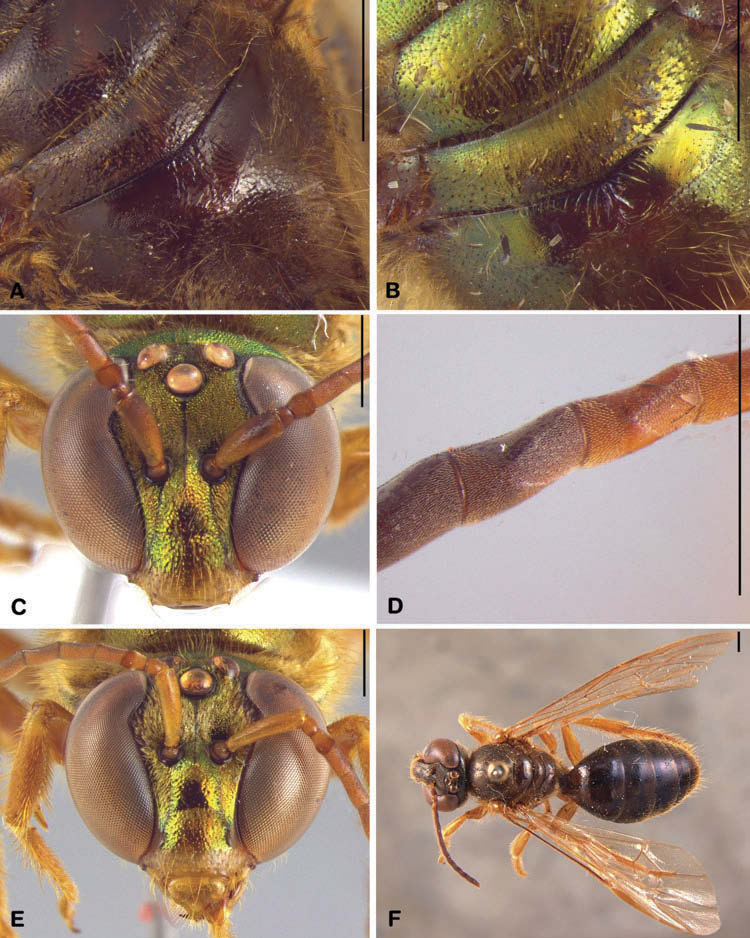 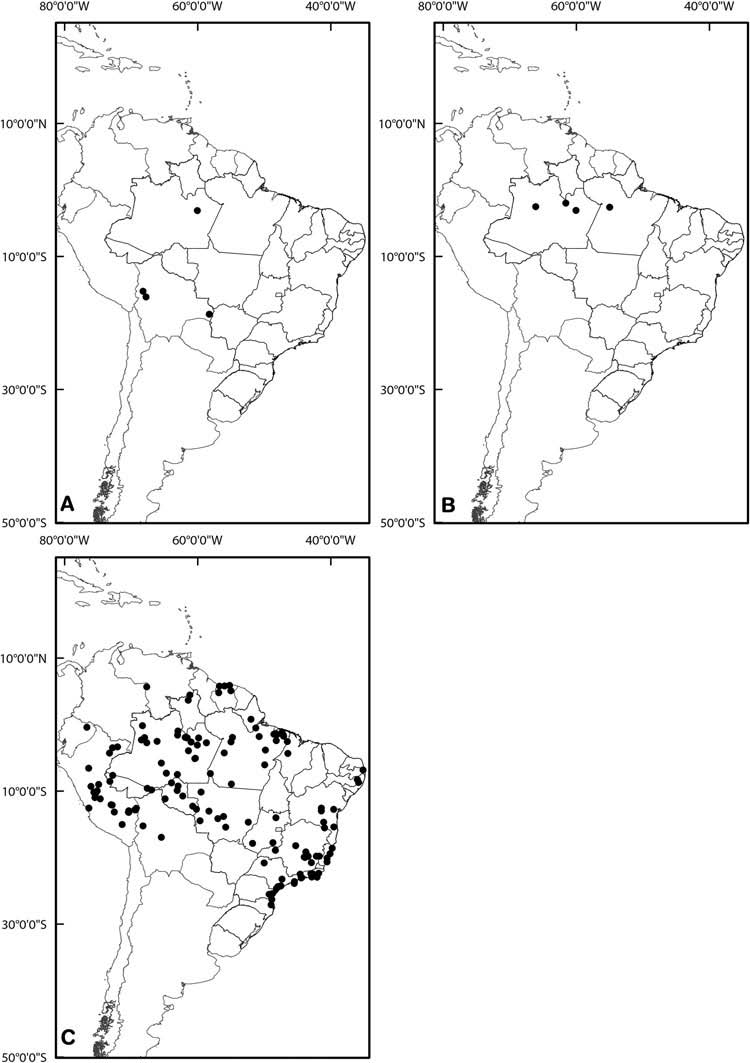