Type locality of the senior synonym is " Van Dieman's Land" (= Tasmania); localities of junior synonym type series are two islands (Little Dog and Fisher) between the northeast coast of Tasmania and southeastern Australia.

Diagnosis. The species is closely related to S. austrina Mathis & Wirth , but is distinguished from other species by the costal vein of male thickened; wing with two subapical spots in cell R5 apicad of posterior crossvein, if connected to form one white area, aligned almost perpendicularly to longitudinal veins.

Remarks. Mathis & Zatwarnicki (1995) reported that the type of Ephydra australis Walker was apparently lost (note that they inadvertently referred to it as Notiphila australis ), but it has been rediscovered in NHMUK ( Fig. 1 View FIGURE 1 ). Detailed examination shows it is the same species as S. insularis Mathis and Wirth : wing with a pale spot towards the base of cell R1, which features in some females of S. insularis , but not in other species of this group. Also other spots are identical as on the photograph in Mathis & Wirth (1981, fig. 44), anterior acrostichal setae are short as on the illustration nr. 46 in above paper. The holotype of the junior synonym is a male and is preserved in Australian National Insect Collection (Canberra, Australia). 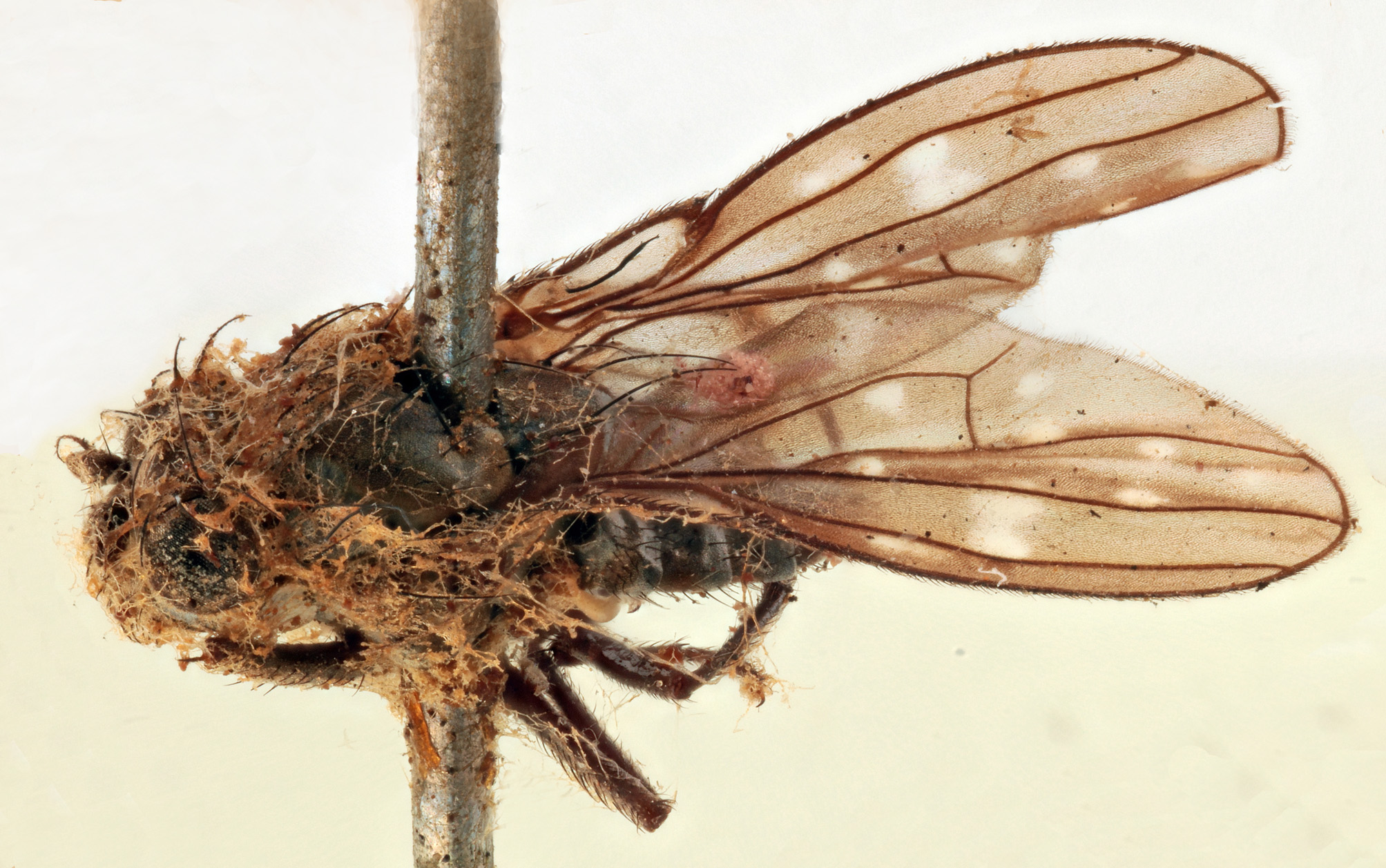