The origin of M. semiporcatus was only given as “Neuholland” by its author; the type was evidently not taken in Tasmania but may have been from South Australia or Victoria. The distribution of the species extends through New South Wales into northern Queensland, but some specimens from Queensland differ in their male genitalia and M. semiporcatus in the traditional sense also is a complex of cryptic species. The true M. semiporcatus (specimens from south-eastern Australia) differ from M. porcatus in having larger punctures on the prothorax and elytra, the elytral interstriae as thin to faint, strongly undulating lines, the procoxae contiguous and, in the male, a conspicuous Ʌ-shaped field of pale, erect setae on the metaventrite. The penis ( Fig. 45 View FIGURES 44 – 47 ) is thickly, evenly subcylindrical with a truncate, medially unsclerotised and notched apex and a large, complex pair of symmetrical endophallic sclerites, consisting of distal lyre-shaped and a basal thickly H-shaped part. A similar male from Brisbane in the ANIC has the distal part of the endophallic sclerite larger, caliper-like, and the basal part shorter and broadly fused in the middle, and a male from north-western Queensland (Boodjamulla National Park) has the basal part of the sclerite longer and not medially joined to form an H. Both evidently represent different, undescribed species.

Lea (1899) reported collecting specimens of M. semiporcatus at night on a newly debarked Eucalyptus tree, seemingly at Tamworth, but this record is unlikely to represent a true host association. We did not collect any specimens of this species. 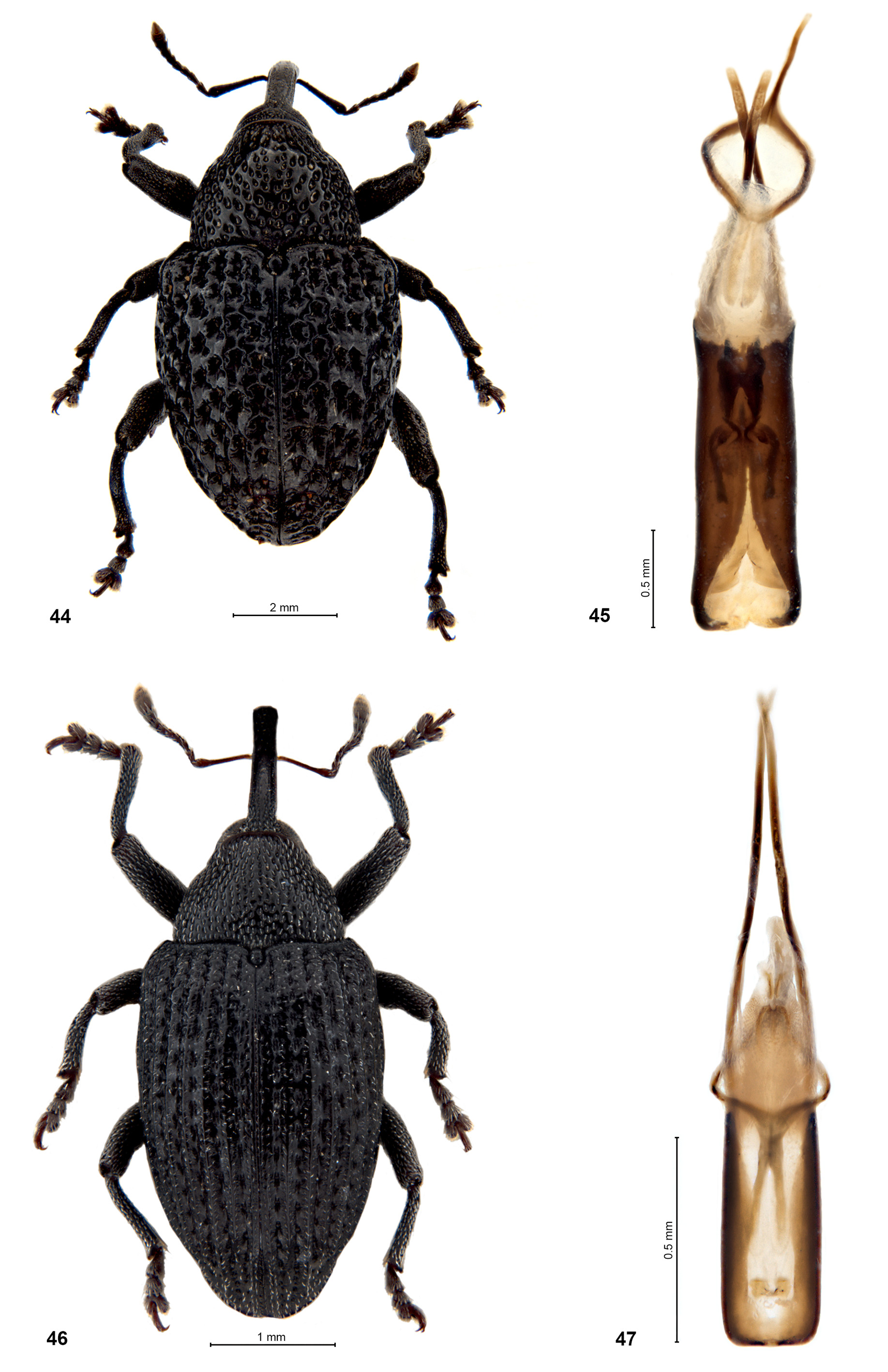