This large species was described from Hobart in Tasmania but also occurs in Victoria and New South Wales. It can be recognised mainly by its orange pronotal and elytral setae, which on the pronotum form a loose, curved band stretching from the basal corners mesad towards the apex but not meeting there but running down the side of the anterior margin, and on the elytra forming small irregular clusters. Other salient features include the costate odd interstriae (except 3 and 5 not costate at base) and interstriae 3 having a shiny callus just behind the base. The body of the penis ( Fig. 29 View FIGURES 28 – 31 ) is distinctively broadening apicad in dorsal view but slightly constricted at the apex, which is bilobed, and has a pair of large, complex endophallic sclerites at the base.

The species is usually reared from galls incited by Uromycladium rust fungus on Acacia species, such as A. dealbata , A. implexa and A. salicina , and it has also been collected on A. decurrens (specimens in ANIC). Whether its larvae only develop in rust fungus galls or also in seeds appears unknown. We collected adults mainly on A. mearnsii ( Tables 1, 2), but not specifically from rust galls or seeds. 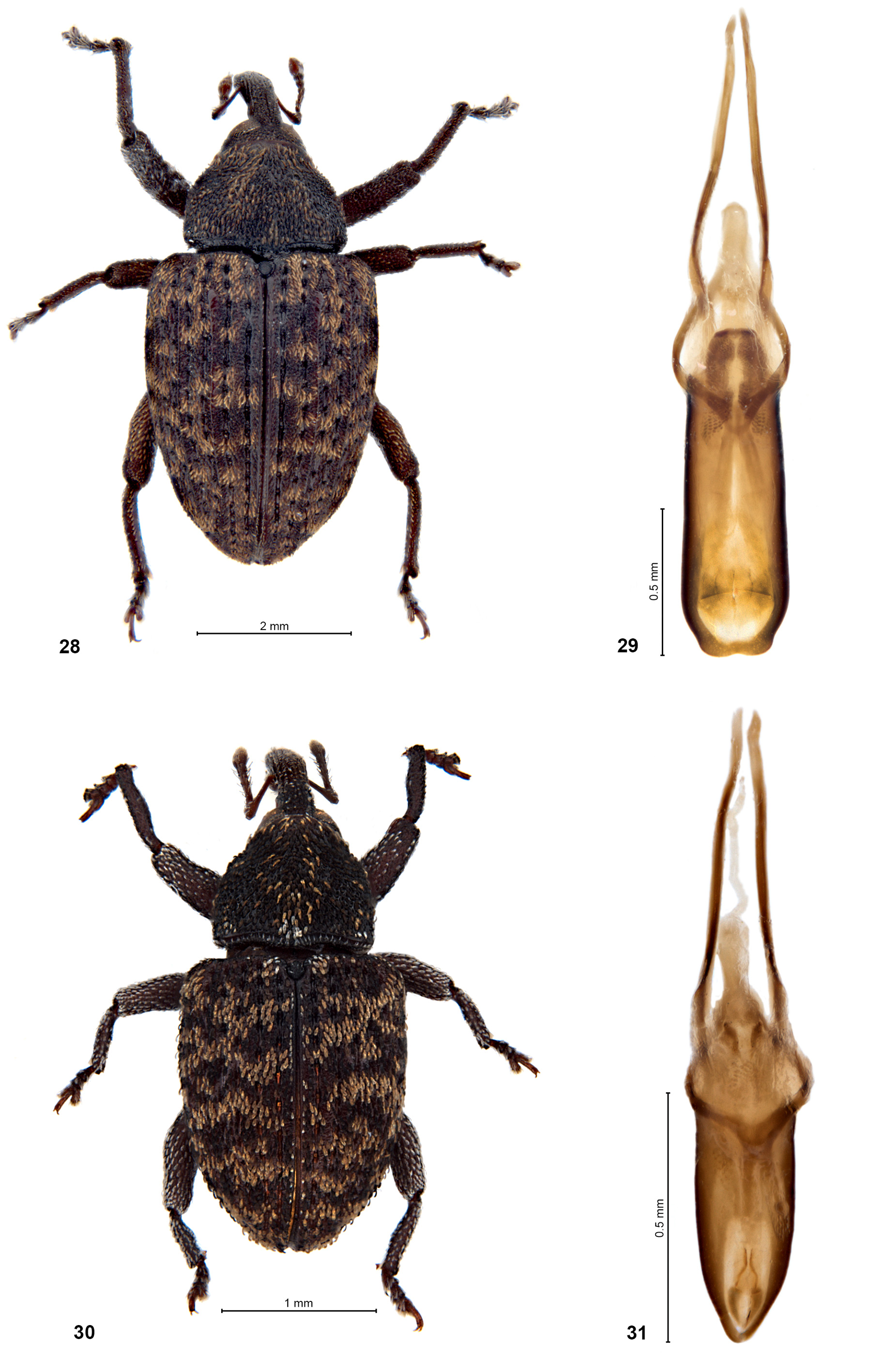