This species was described from King George’s Sound (Albany) and is seemingly restricted to south-western Western Australia. It is similar to M. maculatus in being reddish-brown and carrying broad setae, but it is a larger and broader species. It also differs from M. maculatus in that the elytral interstriae 2 and 4 are elevated and costate on the declivity like the adjacent odd-numbered ones ( Fig. 13 View FIGURES 1 – 13 ) and in that the depression of the apical abdominal ventrite is very broad and transverse and flanked on either side by a large seta (a much smaller seta in M. maculatus ). The female may further be distinguished from that of M. maculatus by its tibial uncus forming an angle with the tibial edge ( Fig. 8 View FIGURES 1 – 13 ), and the male has a diagnostic penis ( Fig. 25 View FIGURES 24 – 27 ) with broadly truncate apex and a pair of large, flat, caliper-like apical sclerites.

Melanterius servulus was first reared from the seeds of Acacia saligna (as A. cyanophylla ) in 1970 at Borden by S. Neser and subsequently from seeds of Acacia cyclops in 1975 in the Esperance area by M. van den Berg (van den Berg, 1980) and from seeds of Paraserianthes lophanta in 1984 and 1985 in the Albany area by M. Morris and G. Dennill. It was released in South Africa in 1989 against P. lophanta and in 1991 and 1994 against A. cyclops , but both “ types ” (referred to as B and A, respectively) established only slowly ( Donnelly , 1992; Dennill et al. 1999, Schmidt et al., 1999; Impson et al., 2011). The two types are reported to display behavioural differences on their respective hosts ( Dennill et al., 1999), but a detailed morphological study ( Oberprieler & Zimmerman , 2001) and a molecular analysis ( Clarke , 2002) could detect no taxonomic or genetic differences between them. Although definite host records for M. servulus from Australia are limited to A. cyclops and P. lophanta , Donnelly’s (1992) host specificity tests in South Africa showed that M. servulus can successfully develop on all other introduced Australian acacias. In spite of this indicated lack of host specificity, the weevil has seemingly not established on any of these plants in South Africa , and it is only moderately established even on its proper hosts, A. cyclops and P. lophanta ( Dennill et al., 1999; Schmidt et al., 1999; Impson et al., 2011). We collected the species on ten other Acacia species as well ( Table 1), but of the native Western Australian ones ( A. chamaeleon , A. microbotrya , A. pentadenia , A. subcaerulea , A. trulliformis ) only on A. microbotrya and A. trulliformis in series to suggest these as possibly being additional breeding hosts ( Table 2). 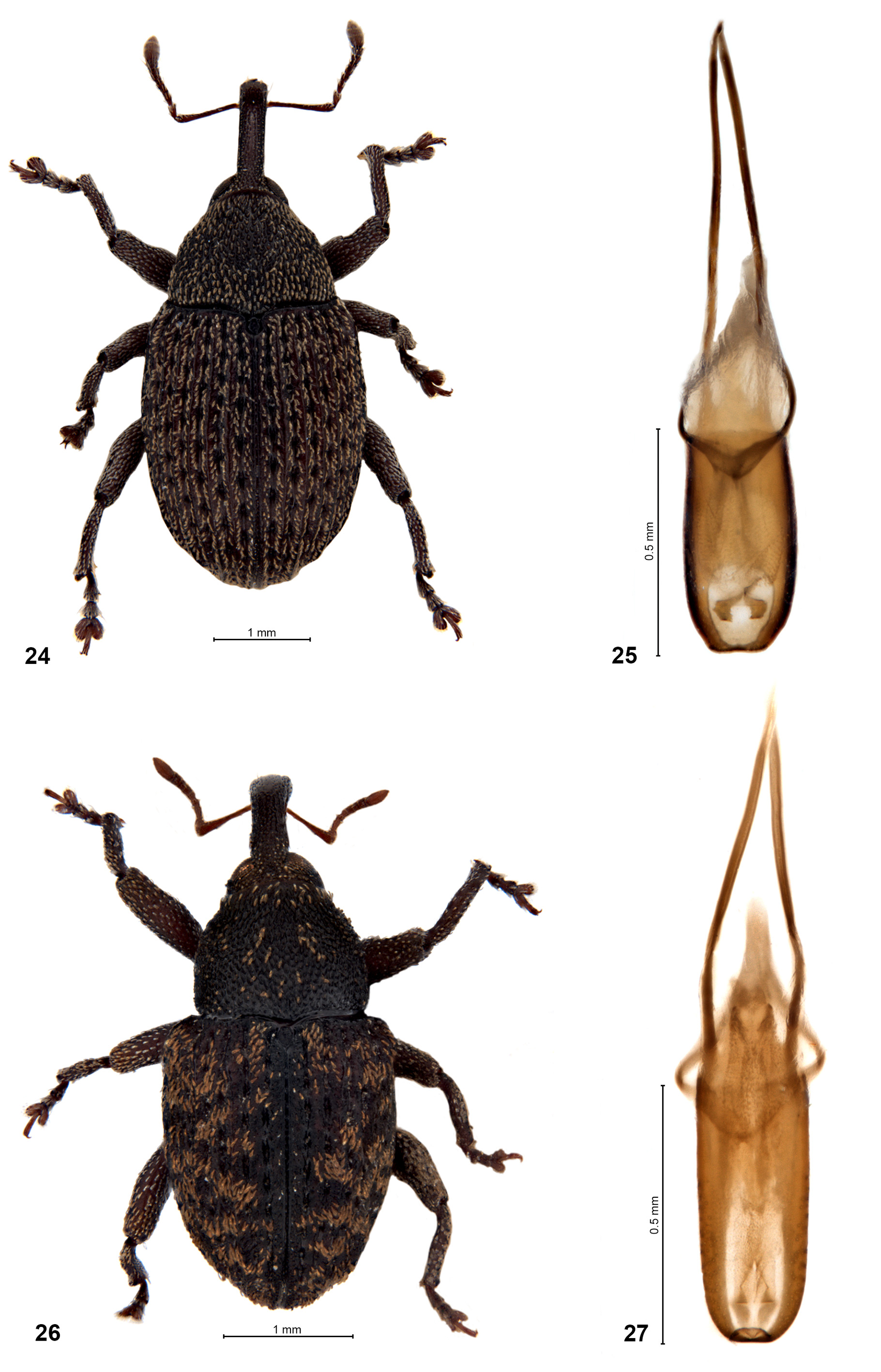