This species was described from Geraldton and appears to occur largely in south-western Western Australia, but we here record it from South Australia as well. It is recognisable most readily by its interstriae, which on the elytral disc are flat, shiny, with two conspicuous rows of setiferous punctures, but on the declivity subcostate with indistinct punctures. The pronotum has dense, shallow setiferous punctures becoming partly confluent and curving outwards from the base, and the rostrum is evenly curved and continuous in dorsal outline with the head. The body of the penis ( Fig. 62 View FIGURES 61 – 64 ) is widening apicad and the apex broadly truncate, with a pair of broad apical internal sclerites. The South Australian specimens are slightly larger but identical in external and in male genital characters.

The true host(s) of M. latipennis remain(s) unknown. Specimens in the ANIC were reared from seeds of Acacia cyclops and A. saligna by M. van den Berg, and specimens were also collected on A. cyclops at other localities in Western Australia, but these two species are typically the hosts of M. servulus and M. castaneus , respectively. We took a few specimens on A. cyclops and A. saligna too, as well as on Acacia decurrens , A. longifolia sophorae , A. mearnsii , A. microbotrya and A. pulchella , but most on A. myrtifolia and A. pentadenia in Western Australia and on A. iteaphylla and A. uncifolia in South Australia ( Table 1). The last four species are thus more likely to constitute proper hosts of M. latipennis ( Table 2), but it is evident that the species is not narrowly host-specific. 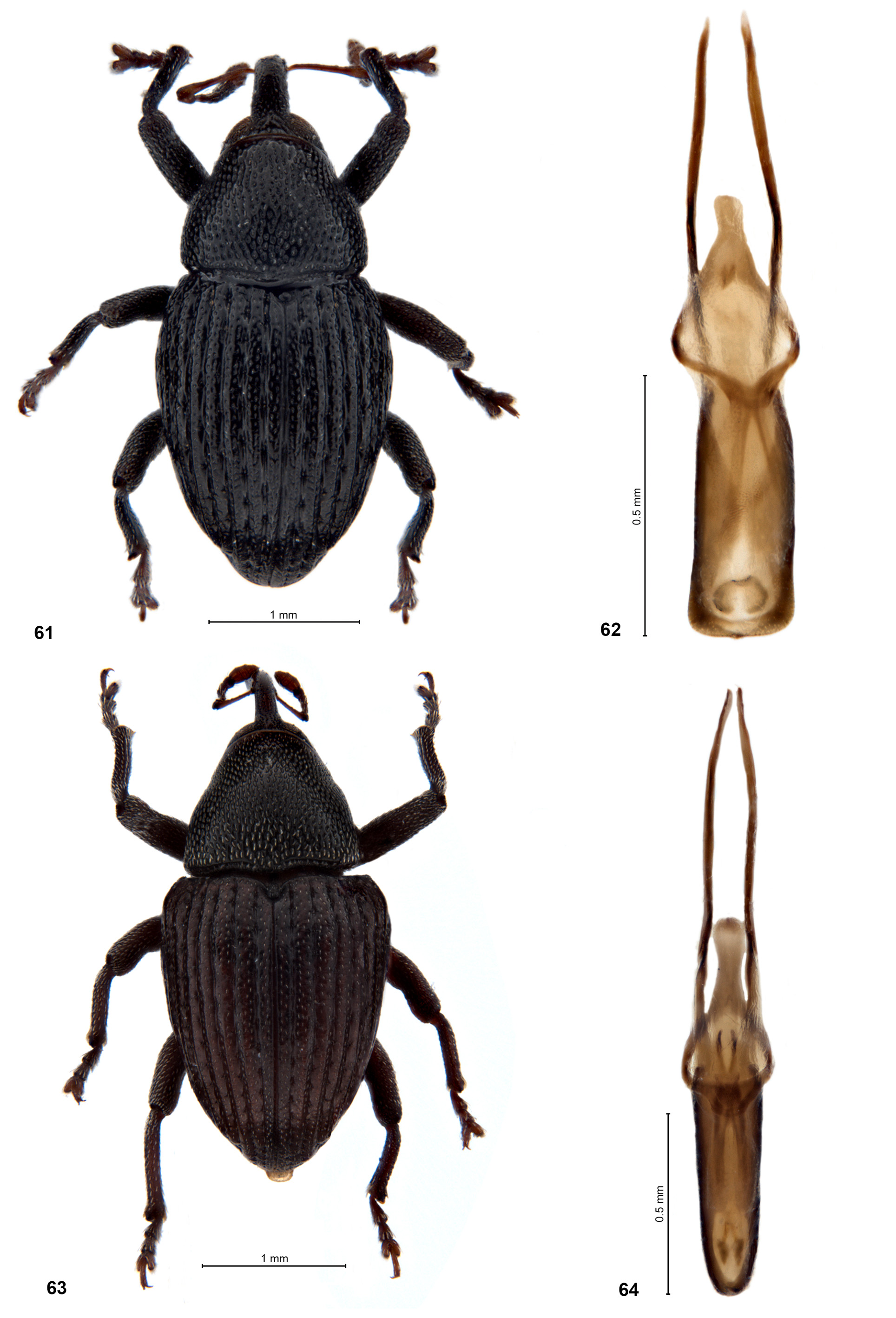