Diagnosis. Externally this species closely resembles S. histrio   and S. miztecum   sp.n. In most cases, S. adelinae   sp.n. differs from S. histrio   by its weakly ensiform antennae and the blue colourations in the lower marginal area of the hind femora; whereas it differs from S. miztecum   principally by lacking the cyan lateral band of blotches. Nevertheless, more conspicuous differences exist among the male genital structures of these species. Sphenarium adelinae   sp.n. differs from these species by the following combinations of male genital traits: sclerotized hollow in the sheath notably closed, valves of cingulum small with distinct form, and inflections of supraramus notably developed laterally and dorsally with dorsal borders almost fused above the valves of cingulum.

Distribution. This species is only known from a small region in the outer slope of the Sierra Madre del Sur in Guerrero, Mexico ( Fig. 7 View FIGURE 7 B). The altitudinal distribution of this species ranges approximately from 420 to 1210 m a.s.l.

Taxonomic discussion. This species is closely related morphologically to S. histrio   . Specimens of this new species were identified S. m. histrio   in previous studies ( Boyle 1974; Kevan 1977). In this study we found that S. adelinae   sp.n. shows a unique combination of morphologic traits, both external and on male genitalia, differencing this new species from S. histrio   . Moreover, this new species has a well-supported monophyly, shows relatively high levels of interspecific genetic differentiation ( Table 3). We consider that all these lines of provide evidence for the recognition of S. adelinae   sp.n. as a valid species.

Etymology. This species is dedicated to the memory of Adelina Cedillo Franco   , who always supported and encouraged the senior author in his biological studies. The specific name is a female noun in the genitive case. 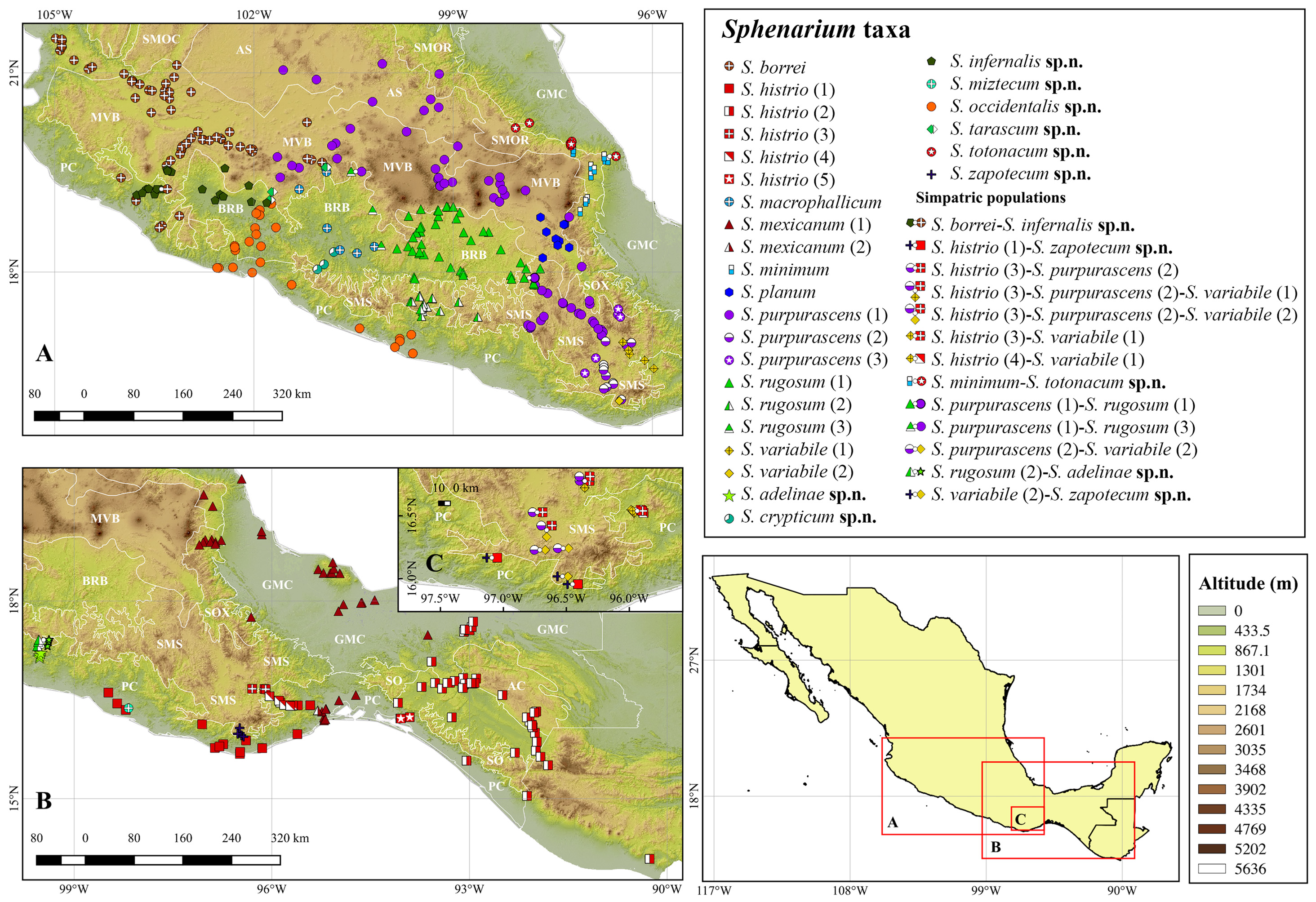 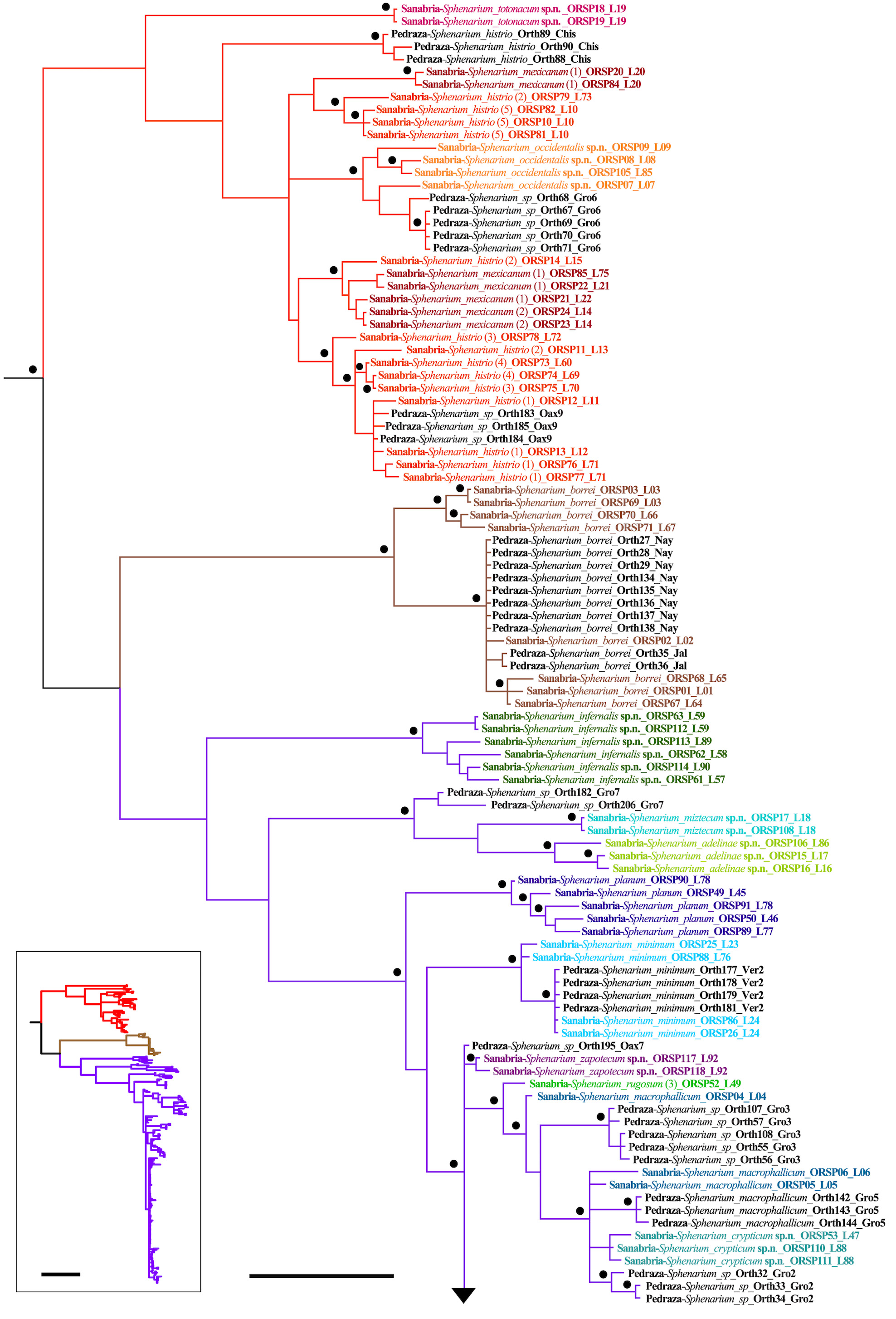 FIGURE 11. Bayesian phylogeny of Sphenarium species based on CO 1 sequences of Pedraza-Lara et al. (2015) and this study. The analysis was conducted using the substitution model estimated previously and under the same conditions above specified for the concatenated phylogenetic analysis in methods section. Terminals of different colours represent the 17 recognized species in this study. Black dots behind the nodes indicate PP values greater than 95 %. Black bottom bars are equal to 0.04 substitutions per site. 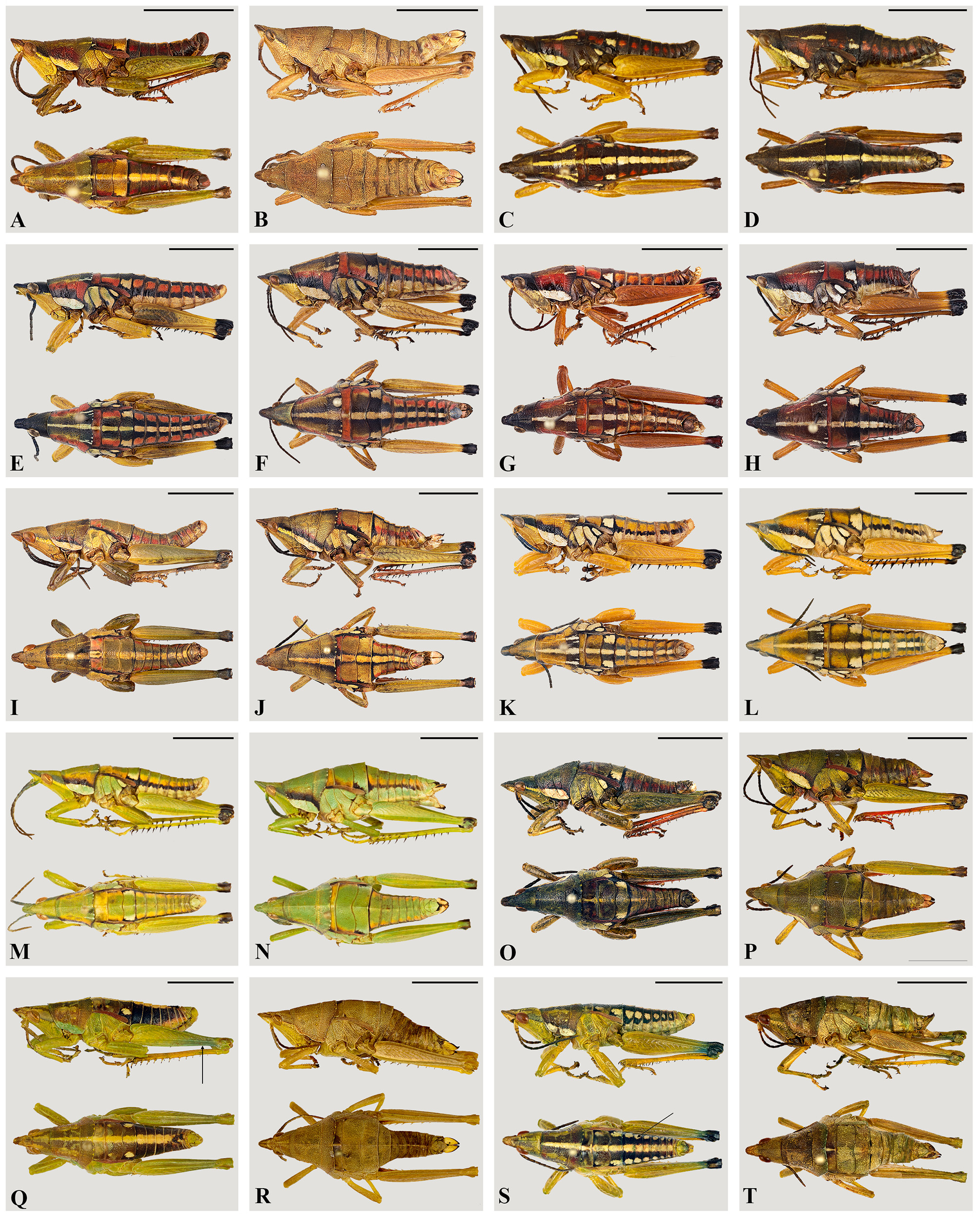