Diagnosis. Adult individuals of Parotocinclus bahiensis can be separated from its congeners except P. spilosoma , P. cearensis , P. cesarpintoi and P. jumbo by having the abdomen largely nude, covered by few small and dispersed platelets (vs. abdomen entirely covered by large or small platelets in adult individuals). P. bahiensis can be separated from P. spilosoma and P. c e a re n s i s by having the lower face of caudal peduncle rounded (vs. flat in P. spilosoma ) and the scapular bridge almost entirely exposed, leaving a small arrector fossae (vs. scapular bridge exposed only laterally, leaving a very large arrector fossae in P. cearensis ). P. bahiensis is very similar to P. cesarpintoi but can be separated from it by the presence of a series of very strong and curved ondontodes at the inferior rostral margin of the snout (vs. presence of weak ondontodes at the rostral margin, not distinct from the odontodes on the dorsal region of the snout) and chleitrum area of the scapular bridge almost entirely covered by odontodes (vs. odontodes covering only the lateral portion of chleitrum in P. cesarpintoi ). Finally, P. bahiensis is distinguished from P. j u m b o by several features, especially and more conspicuously by the presence of an anal plate, common to all other species of the genus but absent in P. j u m b o.

Description. Morphometric data presented in Table 1. Body up to 30.3 mm SL. Body moderately short; body and head somewhat depressed. Snout profile strongly curved from upper lip to upper part of rostrum. Dorsal profile of head straight from upper part of rostrum to posterior margin of nostrils; slightly convex or straight to parieto-supraoccipital (sometimes elevated by a tuft of spines at posterior end of bone); straight from this point to dorsal-fin origin. Dorsal profile of trunk almost straight along dorsal-fin base and from that point to adipose fin; slightly concave at caudal peduncle. Caudal peduncle ellipsoid in cross section at vertical through posterior tip of anal fin. Head and snout rounded in dorsal view. Dorsal surface of snout somewhat depressed in front of each nostril, depressions limited by obtuse medial keel and obtuse lateral keel on each side from antero-dorsal margin of orbit to rostrum accompanying first two infraorbital plates. Ventral profile of osseous portion of head concave.

Inferior rostral margin of snout with strong and posteriorly directed odontodes, without nude area in front on tip of snout. Odontodes on upper part of head small, arranged in not well-defined diverging rows. Young specimen (up to about 24 mm SL) with odontodes forming a pair of crests on parieto-supraoccipital posterior portion and an unpaired crest on posterior tip of bone; crests reduced or absent in larger specimen.

Orbit small, dorsolaterally situated, its vertical diameter 1.2–1.4 times in vertical distance between ventral rim of orbit and ventral margin of head. Opening of air bladder capsule small, its depth (less than pupil diameter) about three times in its width. Pterotic-supracleithrum with small perforations distributed at anterior and inferior portions of bone, their openings nearly round dorsally, and irregular in form along inferior margin of bone.

Body covered with bony plates except on ventral part of head. Body plates covered by numerous odontodes arranged in somewhat regular longitudinal rows in each plate, forming somewhat ill-defined rows on whole body. Parieto-supraoccipital posteriorly limited by a median azygous plate or one pair of plates, followed by one pair of plates and azygous pre-dorsal plate immediately anterior to dorsal fin. Lateral line always starting by two tubules. Median series (counts from eleven clear and stained specimens) with 5 (1) or 6 (10) canal-bearing plates, followed by 1 (7), 2 (2), 3 (1) or 4 (1) non-canal-bearing plates, plus 10 (1), 11 (1), 12 (1), 13 (4) or 14 (4) canal-bearing plates and 1 (7), 2 (2), 3 (1) or 5 (1) non canal-bearing plates at end of series; total plates in median series 21 (2), 22 (6) or 23 (3). Plates in longitudinal series 23 (2), 24 (20 *), 25 (6) or 26 (1); Scapular bridge almost completely exposed ventrally, and covered by odontodes except for a small area over median suture in some specimens. Arrector fossae opening when present small or much reduced. Abdomen covered by 5–7 wide lateral plates on each side and very small platelets leaving abundant naked areas surrounding them. Plates assembled in front of anus larger than those at middle abdomen and in contact with one another. First proximal radial of anal fin covered by thin skin layer and deprived of odontodes.

Color of preserved specimens. Body ground color light brown to yellowish. A brown longitudinal stripe extending from tip of snout through infraorbital bones and median series of plates to end of caudal peduncle; this stripe more marked (black) on skin covering opening of air bladder capsule. Lateral area of abdomen blackish by effect of peritoneal membrane coloration. Five broad transverse brown bars on dorsum extending ventrally to longitudinal stripe. First bar at supraoccipital region, second one through anterior base of dorsal fin; third posterior to dorsal-fin base; fourth anterior to adipose-fin base and fifth behind adipose fin. Dorsal, pectoral, pelvic and anal fins with melanophores on rays sometimes concentrated at regular intervals to form two or three dark bars through fin; inter-radial membranes yellowish or hyaline. Adipose fin dark brown at middle, light brown at base and tip. Caudal fin with a brown irregular transversal bar followed by an irregular black blotch at inferior base involving rays and membranes and an irregular black blotch on each caudal lobe at sub marginal position, leaving whitish areas between them and at tip of rays.

Ecology. The specimens of Parotocinclus bahiensis originated from the headwaters of Rio Itapicuru eight kilometers north of Senhor do Bonfim. At the collecting site the river is up to three meters wide and two meters deep and runs through a grazing area, with banks being covered by low vegetation (mainly Gramineae and Cyperaceae ) partially submerged into the water; the river has rapid waters and steep, high banks of about 3 meters high. At time of the collecting activities the river was flowing continuously along its course but some alternate pools and riffles were present; the substrate was sandy with stones in some places and the water somewhat blackish probably as an effect of receiving wastes of the above-situated towns. Specimens of P. bahiensis were the sole species of fish collected at the locality.

Comments. As stated in the Introduction, Microlepidogaster bahiensis was poorly described by Miranda- Ribeiro (1918) and its syntypes were not found in the ichthyological collection of the Museu de Zoologia da USP when Britski (1969) published the list of types housed in that museum. Although this collection has been continuously and carefully revised and rearranged throughout the years, by us and other curators, those syntypes were never found. Certainly, they should be regarded as lost and we consider necessary the designation of a neotype to define this nominal taxon objectively. Therefore, the largest specimen of the species ( MZUSP 99753, 30.3 mm SL) of the series collected at the type locality (specified in Material examined) is herein designated as neotype. Its data are included in Table 1.

Schaefer (1997) established the method for counting lateral plates on the basis of the homology of the individual plate series in Hypoptopomatinae, stating that “choice of the median series as the basis for lateral plate counts in Otocinclus is generally acceptable because the plates comprising this series can be most easily discerned and consistently counted on alcohol-preserved specimens” (p. 10). We have observed that in small hypoptopomines there is a great difficulty in making distinction between canal-bearing plates and non-canalbearing plates of the median series, unless one uses cleared and stained specimens or some other artifact for making them more visible. On the other hand, a dorsal projection of some midventral plates is frequently found between two plates of the median series, rendering more difficult the count of plates of this latter series (see Fig. 2 View FIGURE 2 ). Actually, Schaefer (1997: 10) emphasized this difficulty when he stated that “Plate borders and the presence of a laterosensory canal can be difficult to discern in alcohol-preserved specimens. Visualization often requires strong direct illumination and a fine jet of compressed air which can force open the canal pores at the skin surface and move air through the canal itself”. Considering this difficulty, we are explaining here the way the plates of the “longitudinal series” were counted ( Fig. 2 View FIGURE 2 ), counts that we have already used in previous papers (see Britski and Garavello, 2002; Garavello and Britski, 2003). The “longitudinal series”, although involving plates of non homologous series, can be counted in alcohol preserved specimens without specific procedures, and therefore facilitates the use of an important feature for identifying species of Hypoptopomatinae. Fig. 2 View FIGURE 2 shows the way in which this count should be done.

These features assign Microlepidogaster bahiensis to the Hypoptopomatinae and Otothyrini (nodes 1 and 2, respectively, according to Schaefer, 1998). P. bahiensis has the anterior portion of mesethmoid not pointed and arrow-shaped but with a small lateral expansion which excluded it from the taxa included in Schaefer’s node 4 that encompass a great part of the Otothyrini.

Schaefer (1998) in his analysis of the Hypoptopomatinae does not present any character to define Parotocinclus that definitively separates it from other Otothyrini. The genus was formerly defined as an Hypoptopomatinae (Otothyrini) with an adipose fin, but in recent times species of Hypoptopomatinae (Otothyrini) have been described in Parotocinclus , or have been considered to belong to it, regardless of having a well formed adipose fin, such as in cases of having only vestiges of that fin. Parotocinclus spilurus (Fowler, 1941) , P. bidentatus Gauger & Buckup, 2005 , and P. muriaensis Gauger & Buckup, 2005 are example of these cases. In spite of that, most Parotocinclus species, as in P. bahiensis , normally have a developed adipose fin. Gauger and Buckup (2005) considered Parotocinclus non monophyletic, but in their parsimony analysis most of the species previously considered to belong to this genus, especially those from Eastern Brazilian coastal rivers, were shown to be closely related. 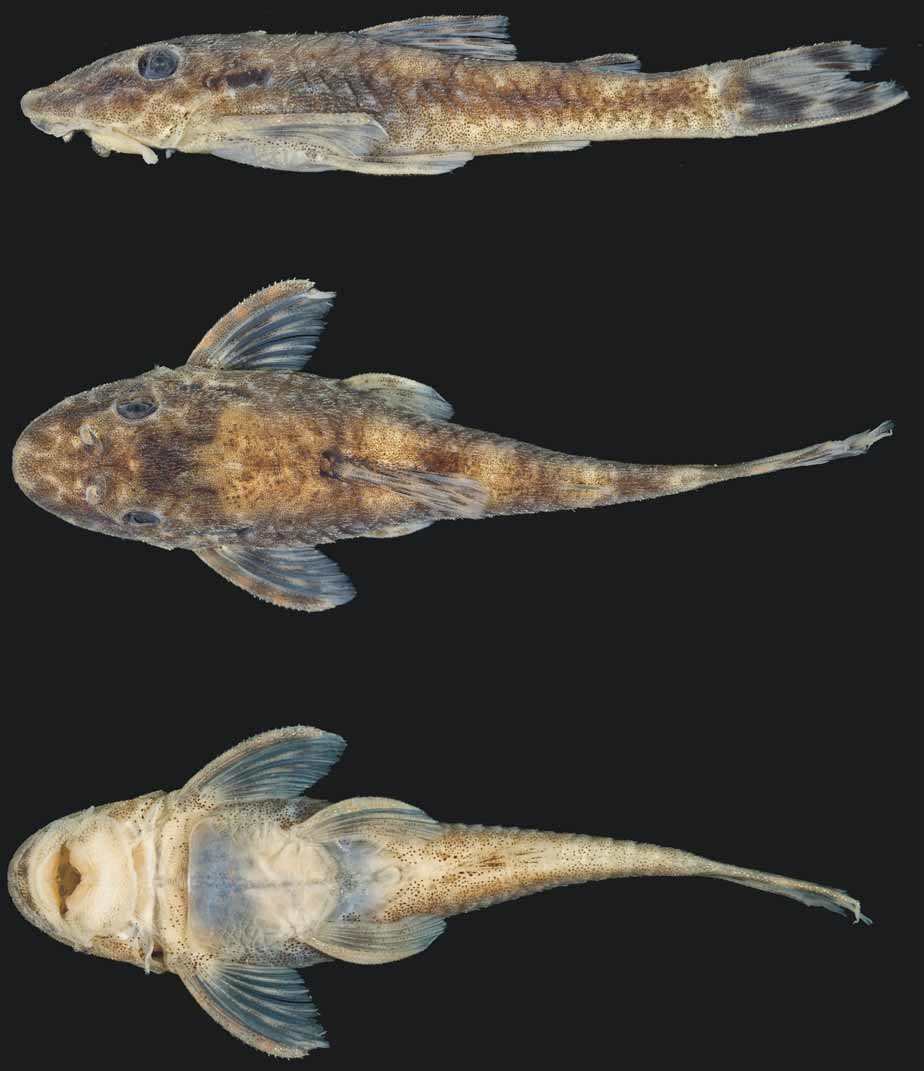 FIGURE 3. Consensus cladogram of 153 most parsimonious hypotheses of Hypoptopomatinae relationships, based on Gauger and Buckup (2005).