Aegidinus cornutus and Ae. unicus were both described from Sinop, Mato Grosso, Brazil, from a male and a female, respectively. Additional specimens of both sexes with the same locality labels as the holotype and a rather long series of both sexes from Redençao ( Figure 6 View Figure 6 (a,b)) show that the the two names belong to the same species. Therefore, a new synonymy is here proposed.

The label of the paratype of Ae. cornutus is wrong. There is no locality ‘ Sinópolis ’ in Minas Gerais, and Sinop has been probably misinterpreted as an abbreviation; if in the original data the state was noted as MGr or MG, it could be confused with Minas Gerais (instead of Mato Grosso). M. Alvarenga went to Sinop (Mato Grosso), then a just founded town, more than once in the 1970s and he was proud of his extensive collecting done there (personal comments to FZVM on several occasions, 1992 – 2008). 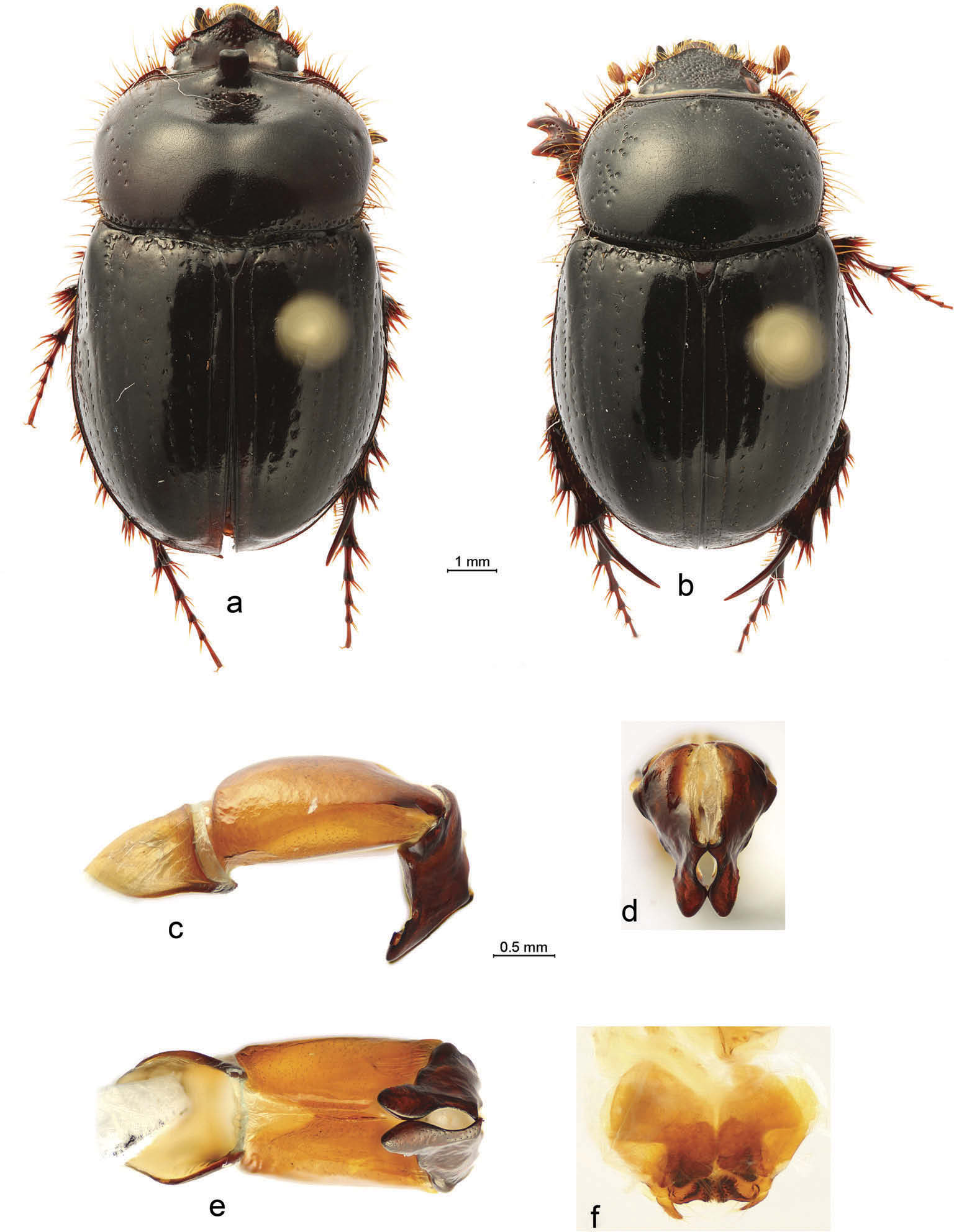