Diagnosis. Interstriae 10 sharply elevated to level of ventrite 2. Protibiae with a tiny additional mesal tooth at base of tooth 2. Pronotum lightly asperate on anterior half. Erect interstrial setae and fine strial setae present mainly on declivity. Not very close to other species in the genus, but share some features with S. marginatus Wood, 1969   .

Key ( Wood 2007). Keys to couplet 91 or 92, near S. glabratus (Schedl)   , but is overall more similar to S. marginatus   (couplet 94). The new species differs from all others by the distinct pattern of setae on the declivity.

Etymology. The Latin name cnesinoides   is composed by the stem of the genus name Cnesinus LeConte, 1868   and the Latin or ancient Greek suffix - oides, meaning resembling, referring to the superficial resemblance to species in the genus Cnesinus   , e.g. C. exellens Wood, 2007   .

Biology and distribution. Only known from a single canopy fogging collecting event in the Amazonian lowlands of Ecuador. 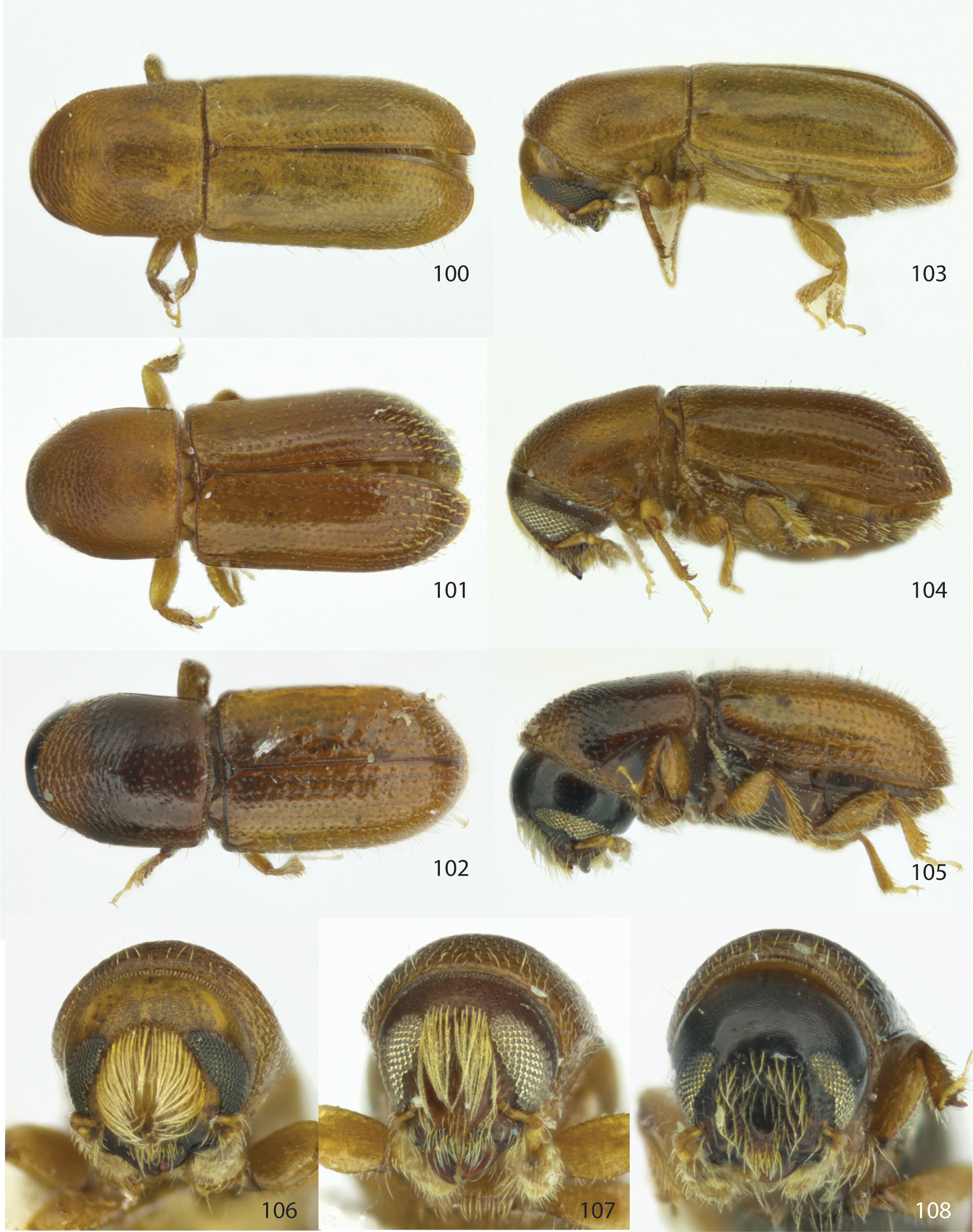