Diagnosis. Interstriae 10 sharply raised to near apex. Protibiae with a tiny additional mesal spine near tarsal insertion. Pronotum strongly asperate on anterior half. Most closely related to S. rufus Jordal, 2018   and S. retifer Wood, 1983   , but is distinguished from both species by the more impressed striae and the longer and thicker interstrial setae, and further from S. retifer   by stronger asperities on pronotum, and further from S. rufus   by the longer interstriae 10.

Key ( Wood 2007). Depending on the judgement of the additional spine on protibia (possibly not a proper additional tooth), one may arrive at couplet 58b, S. bicolor (Eggers)   , but differs by having erect interstrial setae, smaller elytral punctures and larger asperities on the pronotum, and by the different female frons. If one recognizes the spine as an additional tooth, one may reach couplet 93, S. retifer   , but differs by stronger asperities on the pronotum, by the less plumose setae in the female frons, and by the impressed striae.

Etymology. The Latin name lapillus   is a masculine noun, meaning precious stone (such as a gem or jewel), referring to the large, shiny and lightly elevated central field in the female frons.

Biology and distribution. Only known from the lowland type locality in Ecuador. It was taken from bark of a tree branch   . 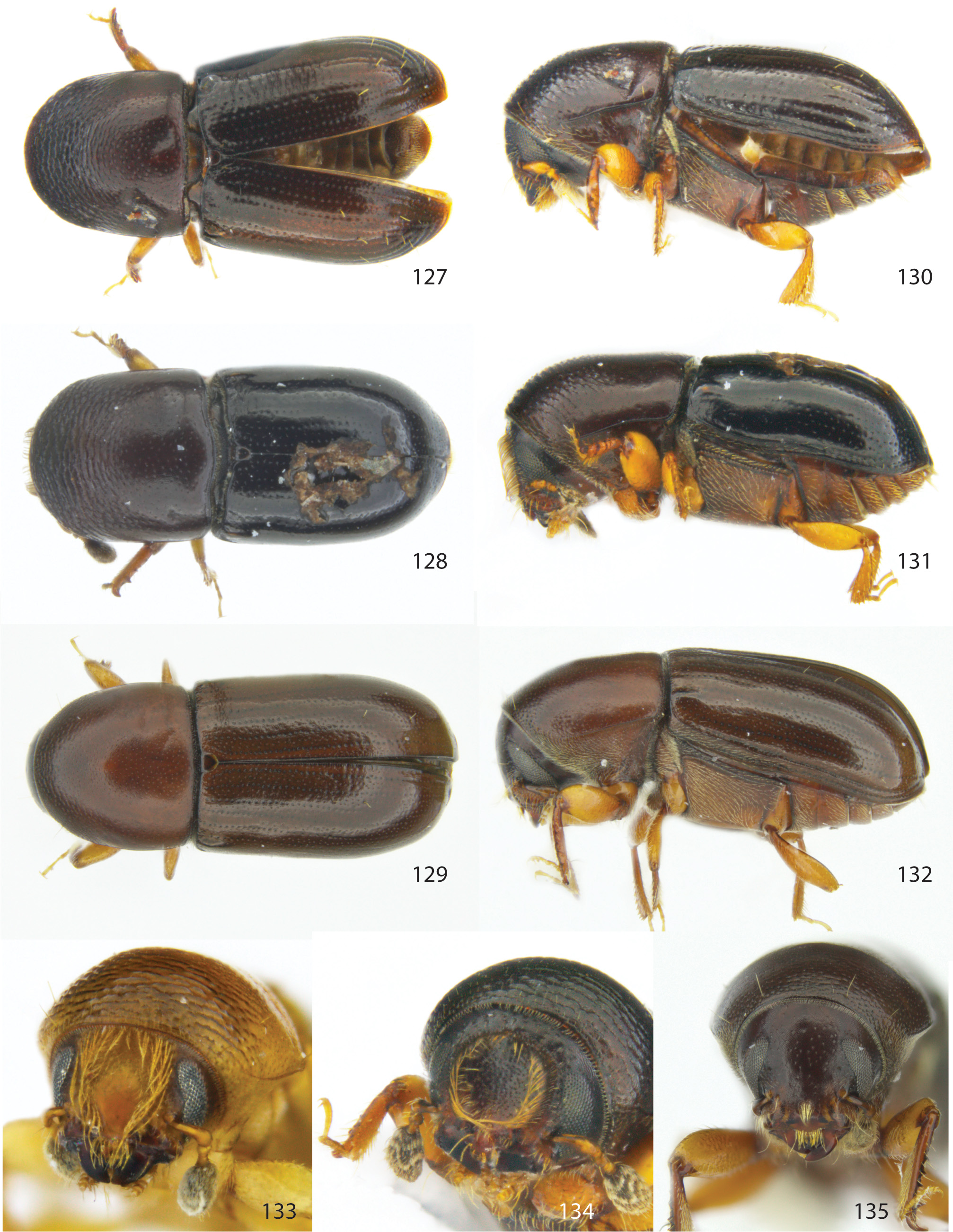