Diagnosis. Interstriae 10 sharply elevated to near apex. Protibiae with an additional mesal tooth. Pronotum strongly asperate. Female frons with a dense tuft of incurved setae. Closely related to Scolytodes striatulus Wood, 1979   (= Hylocurosoma striatum Eggers, 1940   ), but differs by the presence of an additional mesal tooth on the protibiae, and in males, by the lack of tubercles on the epistoma and by the presence of fine interstrial setae. In females the new species differs by the dense, long setae in the frons, and much less impressed elytral striae. It differs from another close relative, S. pelicipennis (Schedl, 1952)   by the much more abundant setae in the female frons and the longer raised edge on interstriae 10.

Key ( Wood 2007). Does not match the first couplet due to the presence of an additional mesal tooth on protibiae and a long, raised interstriae 10. Allowing one exception, one may key to couplet 93, S. glabratus (Schedl, 1954)   , but S. fortis   is stouter, the striae are impressed, and the female frons has much longer setae. 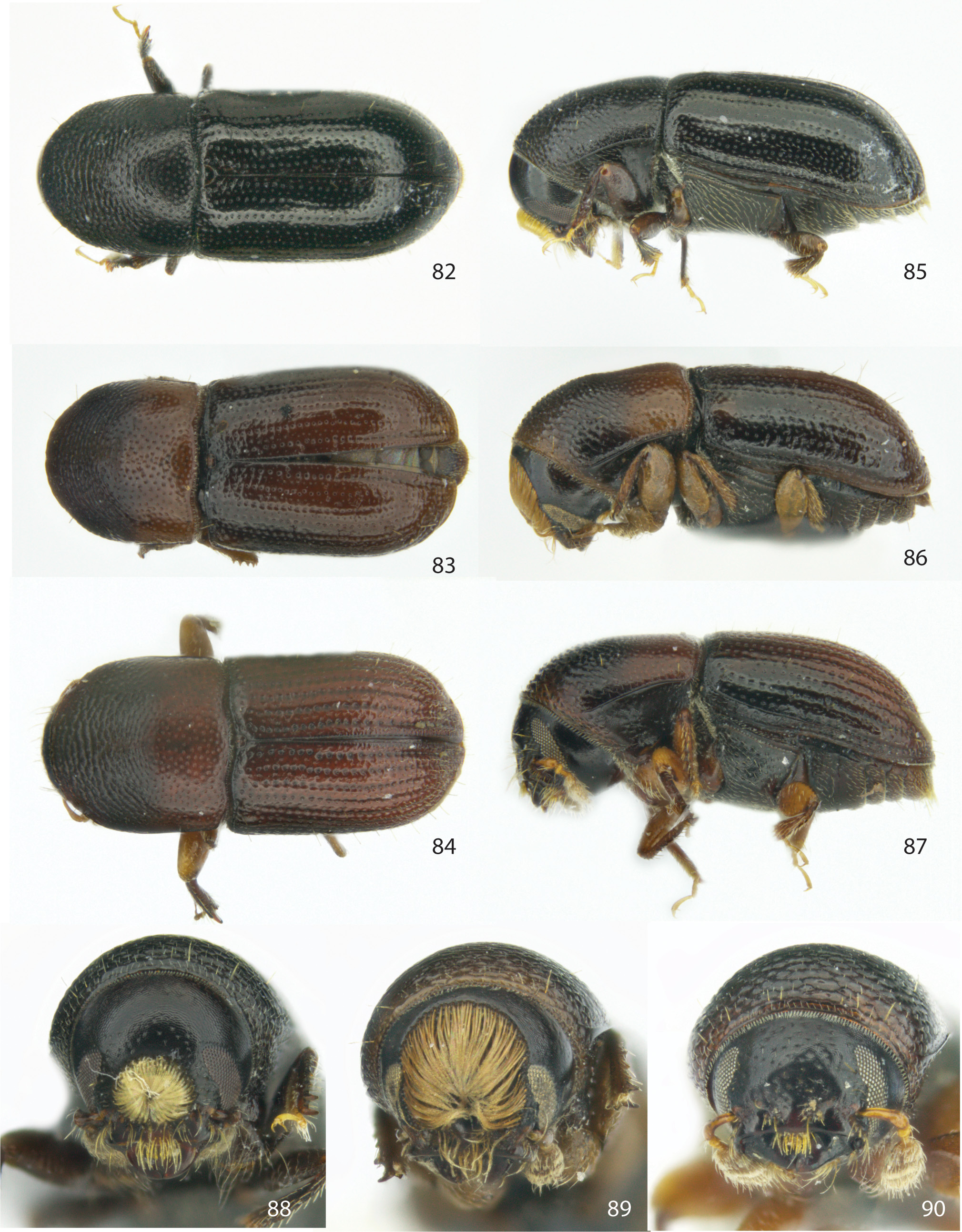