Diagnosis. Interstriae 10 sharply elevated to apex. Protibiae without an additional mesal tooth. Pronotum lightly asperate on anterior third. The combination a small tuft of setae only on lower female frons, and punctures on the pronotum reaching the frontal margin in between distinct asperities, makes this species unrelated to the other known species which have long interstriae 10 and a smooth posterior face of the protibiae. It is closely related to S. peniculus   , but differs by the lack of an additional mesal tooth on protibiae, more confused interstrial punctures, the narrowly separated eyes, and a smaller tuft of setae in the female frons. It is also similar to S. parallelus (Schedl, 1962)   , but the new species has a less elongated body, and some erect setae are present on the elytra.

Etymology. The Latin name tristis   is a masculine-feminine nominative adjective meaning sad or gloomy, referring to the dark-coloured frons with narrowly separated eyes.

Biology and distribution. Known only from the lowland type locality in Ecuador. It was collected by canopy fogging   . 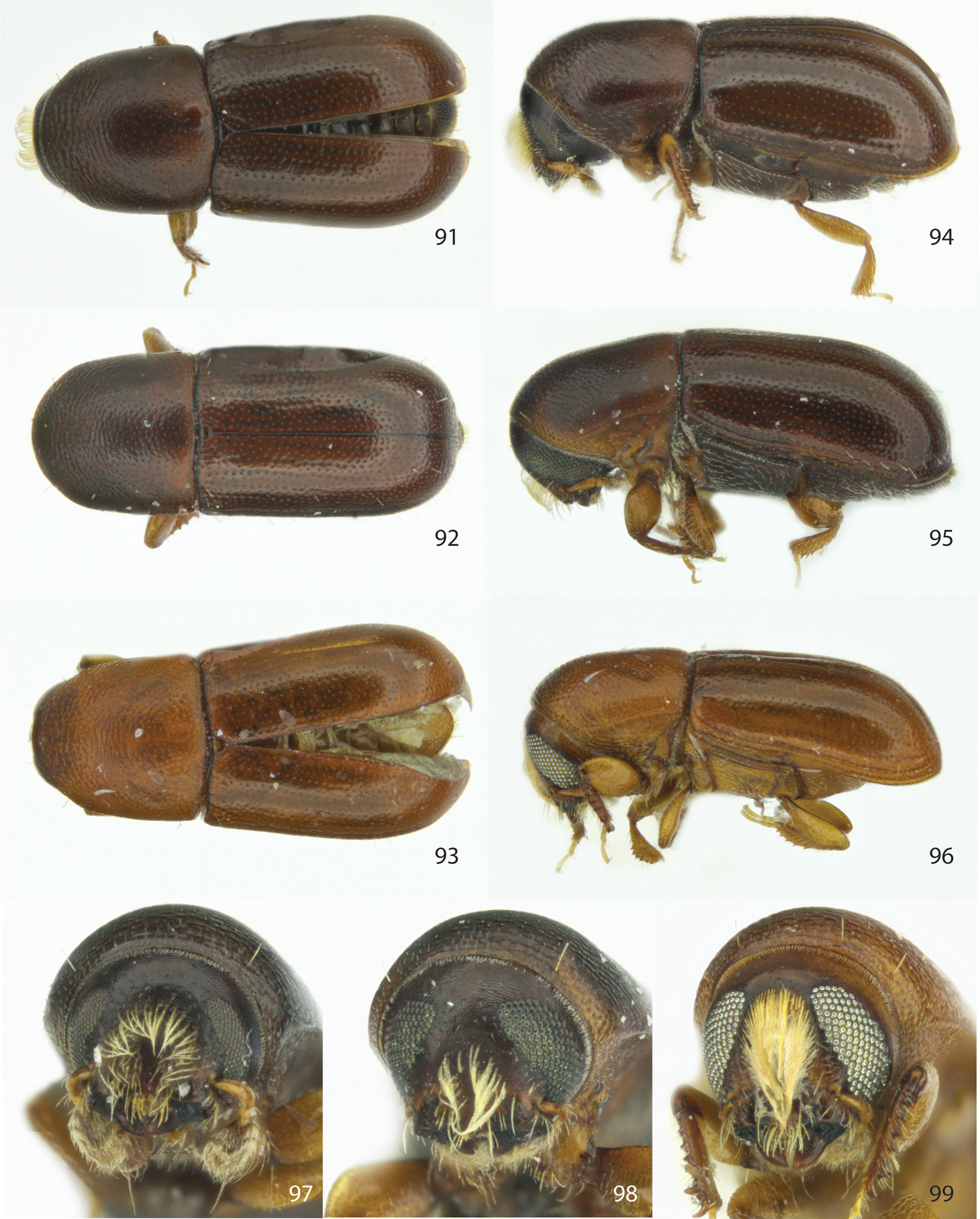