Diagnosis. This species lacks conspicuous modifications to the antennae (Fig. 3). The protarsal claws are long and robust with the ventral margins slightly sinuate and the bases strongly curved (Fig. 6). The mesotarsal claws are not long or sinuate. Males lack a triangular process along the posterior margin of abdominal sternite VI and lack a series of oblique rugae on each side of abdominal ventrite III. The male median lobe is very robust and strongly curved in lateral aspect ( Fig. 17 View FIGURES 8 – 18 ). It is convoluted with folds and lobes in ventral aspect ( Fig. 18 View FIGURES 8 – 18 ).

Etymology. The specific epithet is a Latin adjective silvaticus   , ­ a, ­ um, meaning of or belonging to a wood or to trees, referring to the dense, virgin forest in which this species was found.

Phylogenetic relationships. Agaporomorphus silvaticus   is the sister to a clade containing A. tambopatensis   and A. knischi   based on the common presence in these species of a small series of setae on each side of the dorsal surface of the male median lobe (Char. 7, Figs. 9, 13, 17 View FIGURES 8 – 18 ). 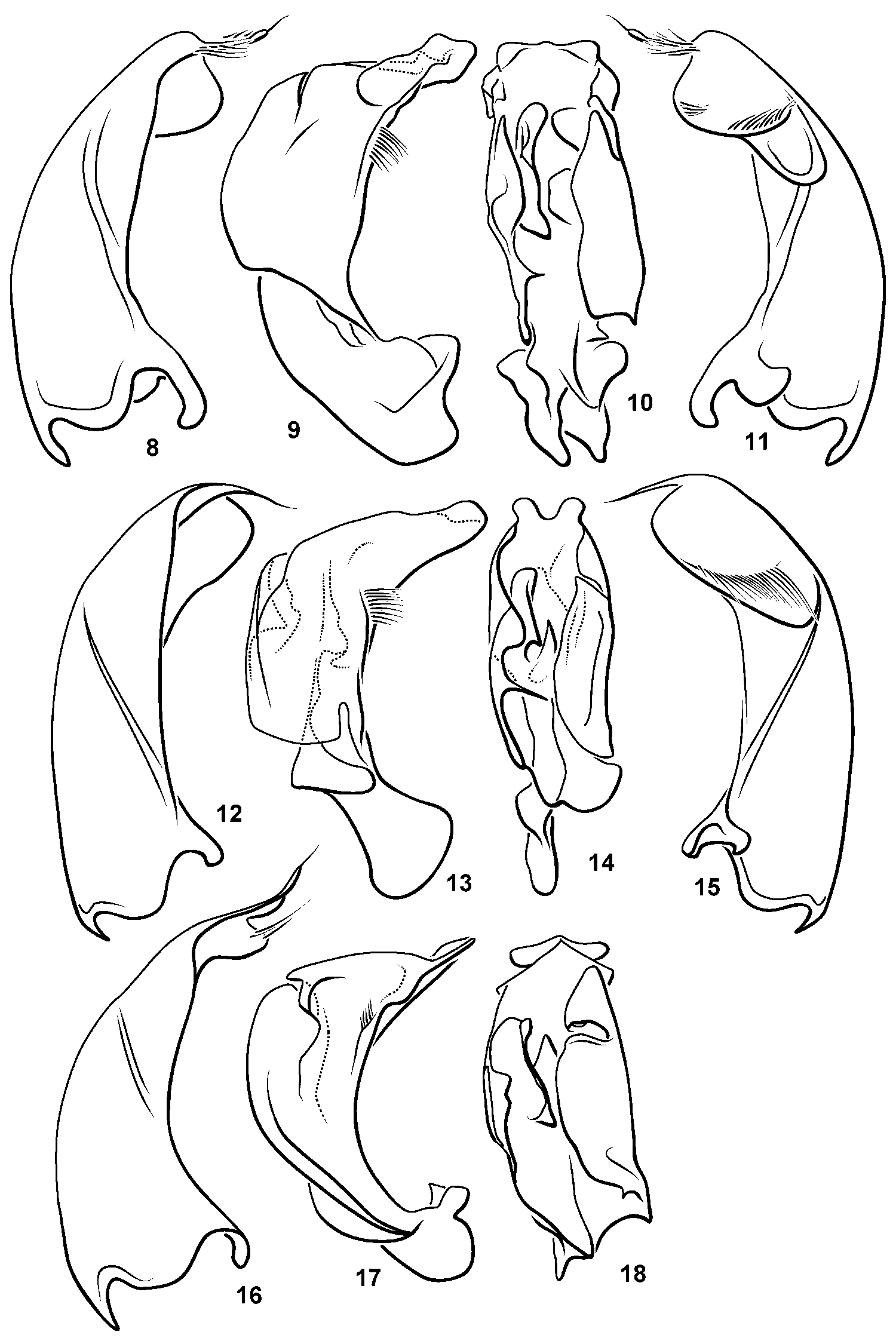