Colless, D. H., 1998, Morphometrics in the genus Amenia and revisionary notes on the Australian Ameniinae (Diptera: Calliphoridae), with the description of eight new species, Records of the Australian Museum 50 (1), pp. 85-123: 112

The species has a largely coastal distribution in southwestern Australia, from Exmouth Gulf in the north and eastwards along the Great Australian Bight as far as Yalata in South Australia ( Fig. 10 View Figure 10 ). Although overlapping broadly with A. longicornis   , it occurs alone along the westernandsouthwesterncoastsofWesternAustralia. This is no doubt correlated in some fashion with the biology of the host-snails, which are species of Bothriembryon   ( Orthalicidae   ): B. balteolus Iredale   , B. bulla Menke   and B. glauerti Iredale ( Ferrar, 1976)   .

The phylogenetic evidence in Part 3 ( Figs 20-22 View Figures 20 , 21 View Figures 22, 23 ) suggests that A. nigromaculata   is the sister species of A. chrysame   . This is consistent with their complementary distributions in areas that differ markedly in rainfall. Separate generic status for the former species would therefore be quite inappropriate, despite its conspicuously different colour pattern. This is not accompanied by any significant structural differences, and is presumably due to a long period of isolation in southwestern Australia in a different host snail (I am indebted to a referee for the information that A. chrysame   lives largely (?entirely) outside the range of Bothriembryon   ).

I am including in this tribe the mainly Oriental genus Catapicephala   , which was added to the subfamily by Kurahashi (1989), but placed in its own, monotypic tribe (he also adds West Irian to the range of C. splendens). I do this on good phenetic grounds. Examination of a specimen of each sex of C. splendens Macquart and a female of the type species, C. ingens (Walker), shows that they closely resemble Paramenia   spp. in the relatively large size, the rather distinctive coloration, the absence of the facial carina and apical pv spine on the hind tibia, and the presence of a posthumeral bristle set in front of or a little externally to the presutural bristle. These attributes are probably all plesiomorphic, and the tribe may well be paraphyletic; but that is a small price to pay for a more balanced classification. (A referee has pointed out that, in any case, Catapicephalini Kurahashi, 1989 is a nomen nudum).

The genus, which is confined to Australia and New Guinea, is very distinct: principally in lacking the facial carina, which is well developed in other genera (differences from the non-Australian Catapicephala   are given in the key to genera). Unlike other ameniines, the prosternal setae may also be reduced or absent, an attribute that was regarded by Crosskey (1965) as of little or no taxonomic use within Paramenia   . Per contra, I find that there are always at least 2-3 fine hairs present in P. semiauriceps   (63 specimens) whereas they are almost always lacking (6/7 cS cS, 9/109 9) in Paramenia angustifrons   . I have added this feature to the key below, as well as the difference in relative width of the gena. Crosskey noted the latter feature, but I have used my own system of measurement (see Part 1). I might add that PCA of a set of head dimensions (not shown) clearly separates the two species.

I can add nothing else to Crosskey's detailed descriptions, beyond noting that both species have a small tuft of setulae on the suprasquamal ridge, as in all the large species of Amenia   (i.e., excluding chrysame   and longicornis   ). 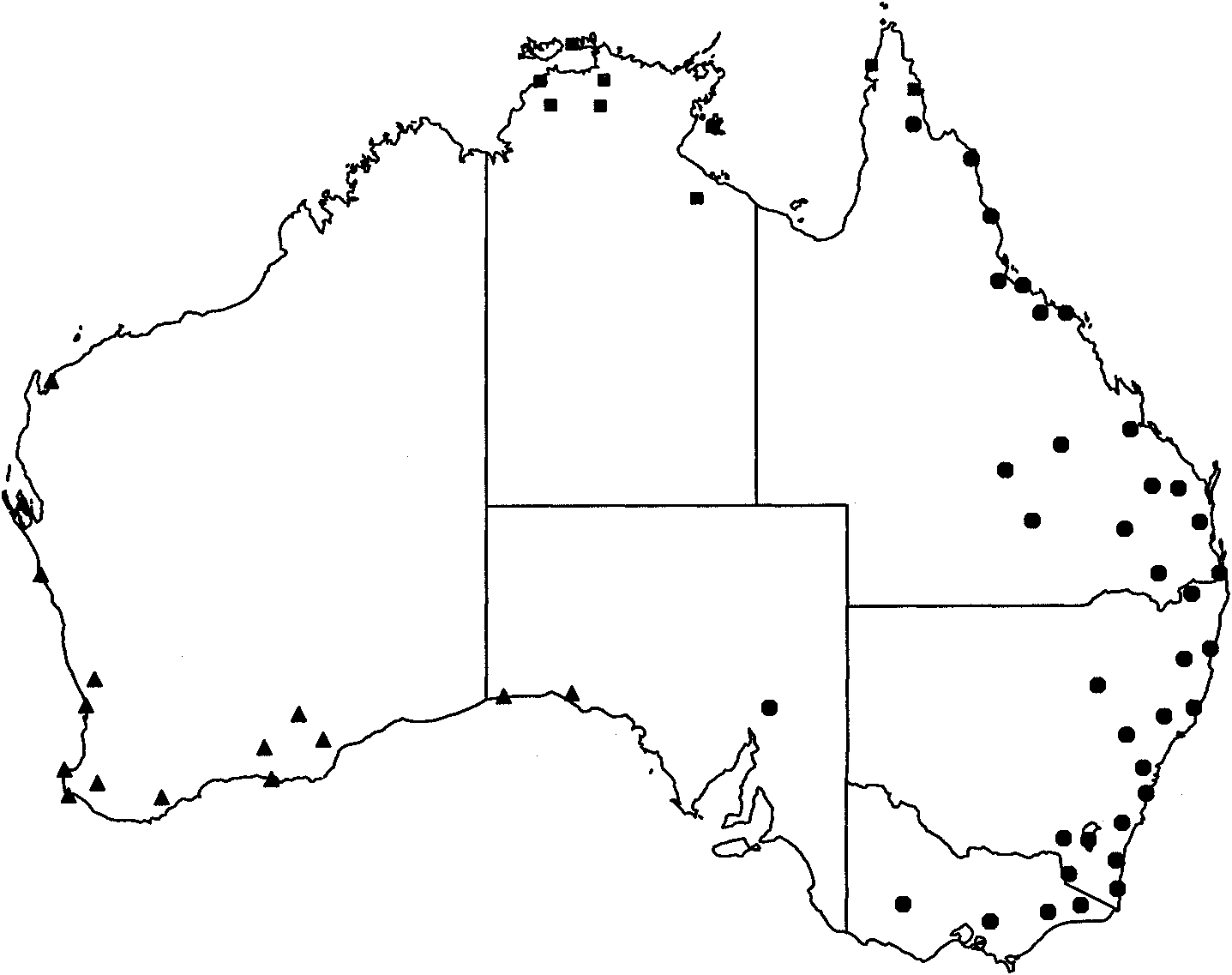