Species named in honour of Sabine and Klaus Numberger, the best in-laws of the Phanerozoic.

GZG.INV.78696 is a dissociated proximal LAP; very well in agreement with holotype; proximal edge and ventral portion slightly fragmentary; spurs on proximal edge as in holotype. Six spine articulations similar to those observed on holotype but less well preserved.

Inner side of LAP matching that of holotype. Vertical furrow with few small, scattered perforations.

GZG.INV.78697 is a dissociated median LAP; slightly higher than wide; proximal edge with two moderately well-developed, strongly prominent and protruding spurs; not as widely separated as in holotype, and dorsal spur slightly larger than ventral one; vertical striation on distal half rather than third of outer surface. Five spine articulations similar to those observed on holotype; dorsalward increase in size of gaps separating spine articulations stronger than in holotype; gap between spine articulations and distal edge of LAP narrower.

Inner side of LAP with ridge similar to that of holotype; spurs on inner side of distal LAP edge almost indiscernible. Two to three irregular, variably sized perforations dorsally bordering tentacle notch; no furrow discernible.

GZG.INV.78698 is a dissociated distal LAP; slightly wider than high; dorsal edge slightly concave as a result of a weak constriction; ventral portion of LAP weakly protruding ventro-proximalwards; spurs as in holotype; distal two-thirds of outer surface with vertical striation. Four spine articulations similar to those observed on holotype. Tentacle notch not visible in external view.

Assignment of these LAPs to Dermocoma is corroborated by the strongly ventro-proximally protruding ventral portion of the LAPs, the shape and position of the spine articulations and the shape of the ridge on the inner side. Within this genus, the present LAPs are unique in combining up to six spine articulations, two well-defined, widely separate spurs on the outer proximal and inner distal edges, and a conspicuously large and wide ventral portion. They are thus described here as a new species of Dermocoma . 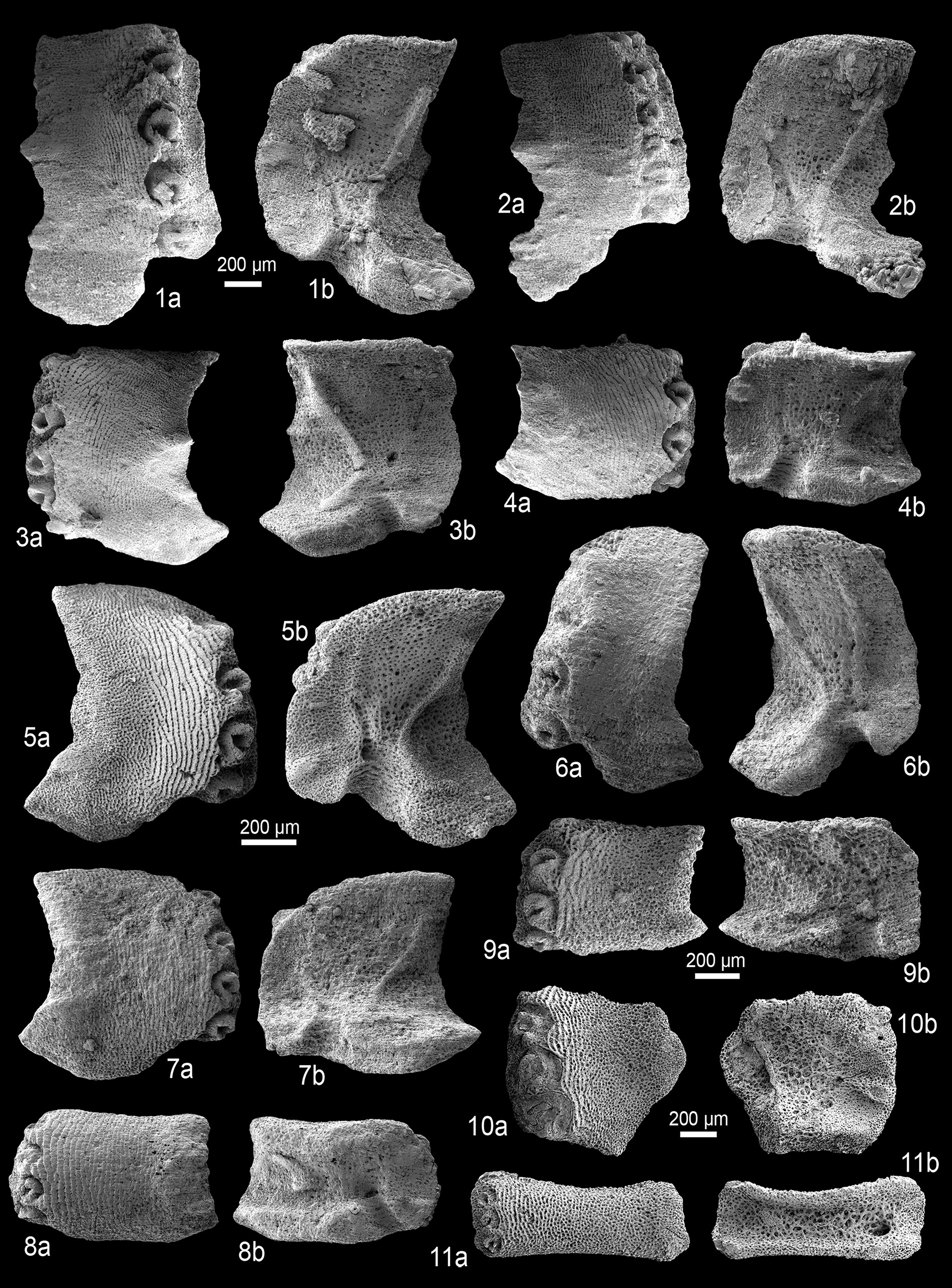