Etymology. The specific epithet is derived from the host genus name, Arundinaria Michx.

Leaf mine. ( Figs. 26–27View FIGURES 26–32) The greenish mine begins with a cluster of oviposition punctures in the distal half of the leaf, within a few mm of the margin. Two or more larvae feed together, forming a gradually widening mine that initially proceeds distally, then reverses direction and may reach the base of the leaf. The frass is mostly liquidy and indistinct, with a few scattered, discrete, blackish grains.

Puparium. ( Fig. 2View FIGURES 1–6) Dark reddish-brown; formed outside the mine.

Adult description. Wing length 2.6mm (♂). Female only tentatively associated due to similarity of leaf mine; unemerged and in poor condition, but visible features do not disagree with those of the male. Costa extending to M 1. Length of ultimate section of vein M 4 divided by penultimate section: 0.6. Eye height divided by gena height: 10.7. First flagellomere rounded, distal margin with slightly longer hairs that include a small, round whitish medial tuft (visible anteriorly). Ocellar triangle restricted to tubercle. Thorax with light pruinosity.

Comments. This new species differs from most Agromyza  in being entirely dark, including the marginal hairs on the calypter, but excluding the margin of the calypter itself and the halter. There is also a small, round apical tuft of hairs of the first flagellomere and there are two strong posteromedial setae on the mid tibia. Externally, it is not readily differentiated from many other similar eastern grass-feeders, especially A. parilis Spencer  (see Spencer & Steyskal (1986: Figs. 426, 427)), requiring male dissection. The distiphallus is distinct when viewed ventrally in that it has a narrow parallel-sided section before a swollen, rounded apex, and the incurved apices of the basiphallus are especially dark.

This is the first record of an agromyzid from the bamboo genus Arundinaria  s.s., along with two additional new species we describe later in this paper, Cerodontha (Poemyza) arundinariella  and C. (P.) saintandrewsensis  . The Palearctic species C. (P.) bisetiorbita (Sasakawa)  has been recorded from Arundinaria pygmaea var. glabra (Makino) Ohwi  ( Sasakawa 1955, 1961), a synonym of Pleioblastus fortunei (Van Houtte) Nakai. 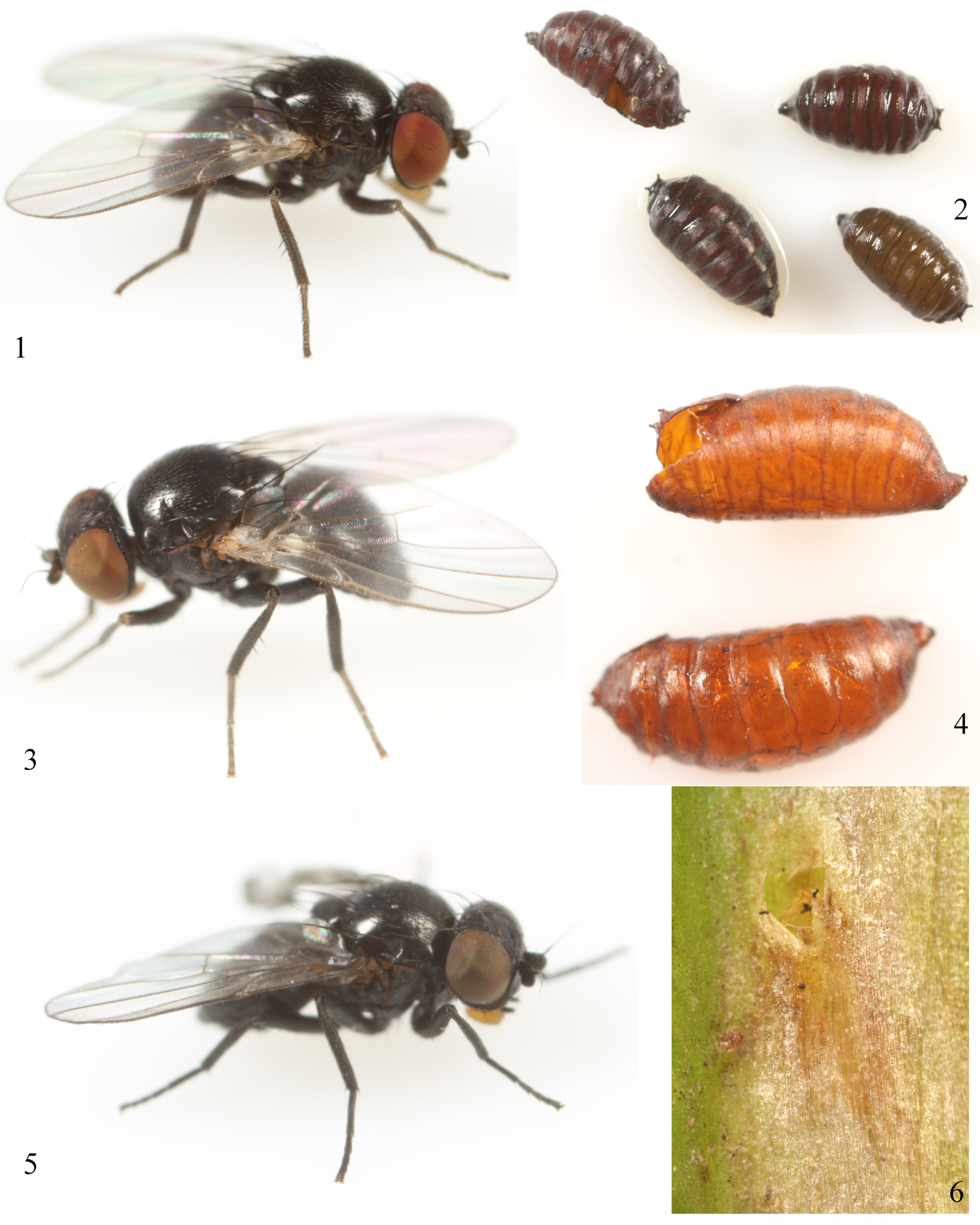 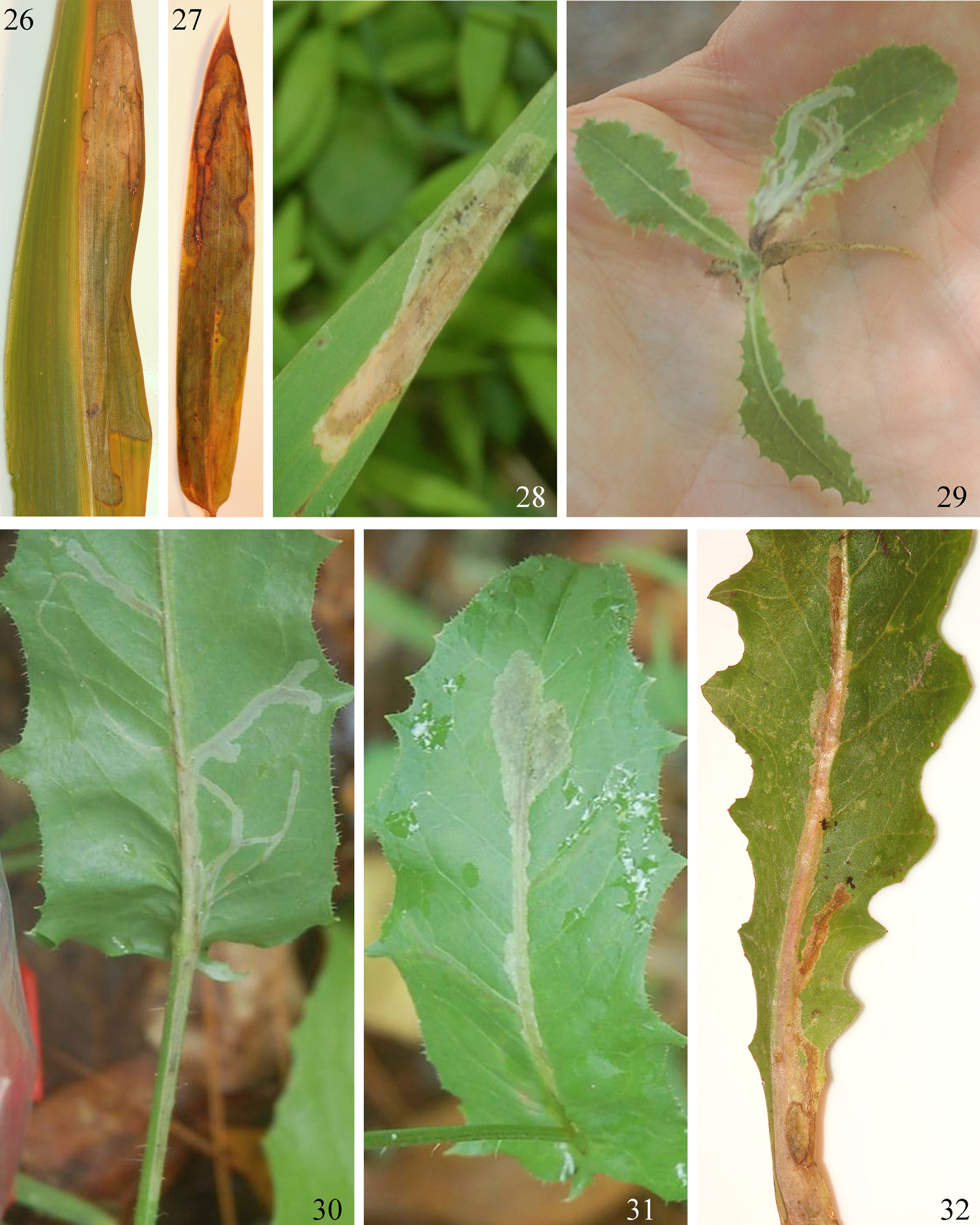 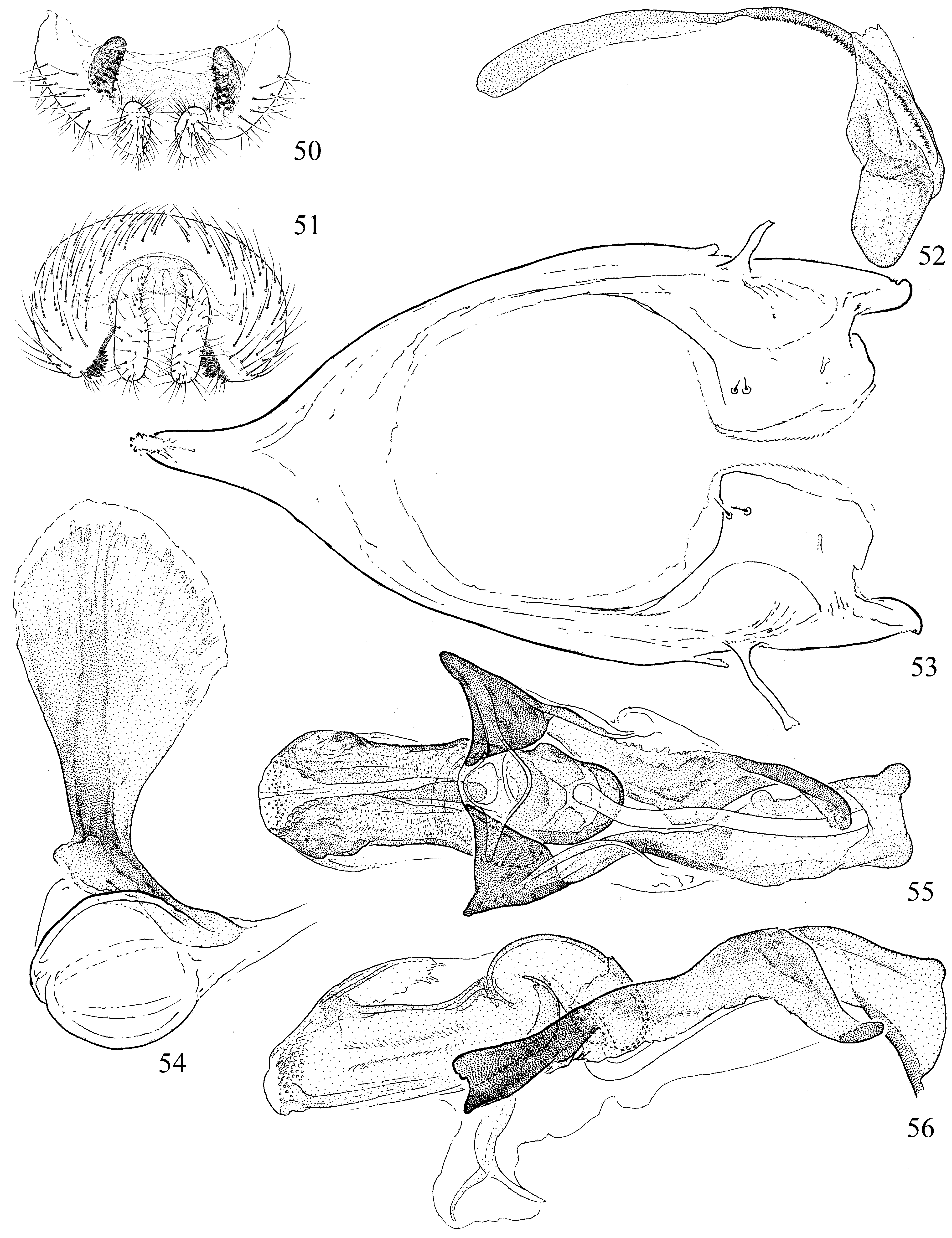