Invariably growing in spray zone of waterfalls, on wet rocks or on river banks, up to flood level, of swift-running water; lowland or submontane evergreen forest, 300-1450 m alt.

Plectranthus cataractarum   is listed on http://www.iucnredlist.org. The species was assessed as Vulnerable ( Pollard and Paton 2003). Eight years later it was reassessed as Endangered ( Onana and Cheek 2011). The taxon is currently known from three collecting localities. The extent of occurrence and the area of occupancy are both estimated to be less than 10 km2. The associated threats, such as forest logging and plantation establishment, mentioned by Pollard and Paton (2003) are still ongoing. Based on these threats, and that the habitats are still under pressure, the species is here re-evaluated as Endangered. IUCN Red List Category: Endangered ENB1+2ab (ii+iii). 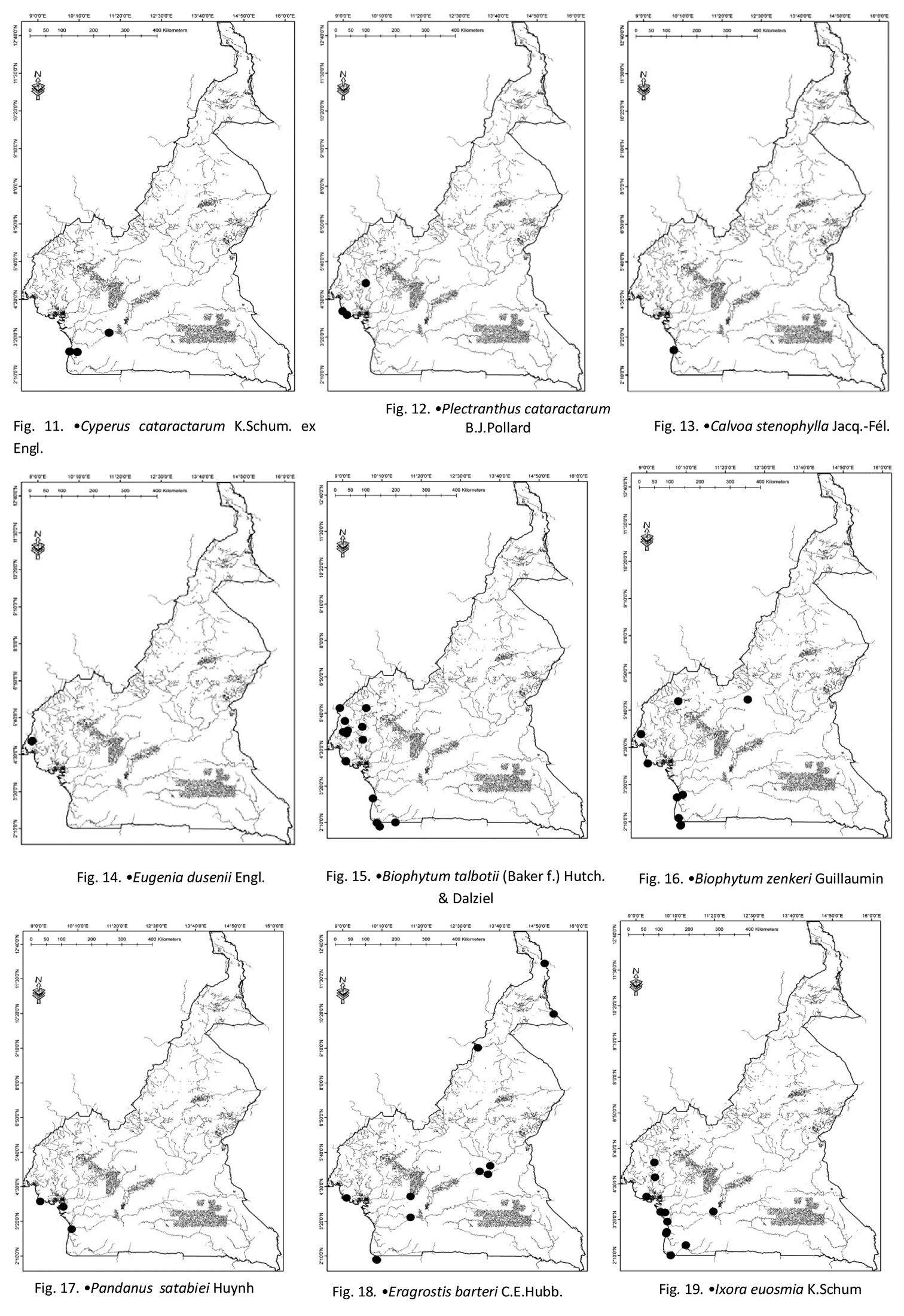