There are various external similarities and differences among Myiopharus   species that will one day help in the division of the genus into species groups or subgenera. It is beyond the scope of this paper to explore the intrageneric relationships of Myiopharus   species in such detail, but there are two small yet discrete groups of species that can be separated from the other species on the basis of modifications of the female terminalia ( Wood 1985). Females of most Myiopharus   species have a simple tubular ovipositor that is a groundplan state of the Blondeliini   and presumably Myiopharus   as well. The female of the type species of Myiopharus   , M. metopia   , has this type of ovipositor. A few species of Myiopharus   have an ovipositor that has been modified into a curved and pointed piercer, and these species are thought to form a monophyletic lineage, termed here the M. doryphorae (Riley)   species group. This species group comprises M. americanus (Bigot)   , M. doryphorae   , and M. macellus (Reinhard)   in America north of Mexico and includes at least several Neotropical species. A second group of Myiopharus   species, here termed the M. dorsalis (Coquillett)   species group, is characterized by a peculiar ovipositor in which sternite 7 is laterally flattened and apically rounded ( Figs. 7–8 View FIGURES 7 – 11 ). This unusually-shaped ovipositor may be designed to slide under an elytron of an adult beetle during oviposition ( Wood 1985), thus ensuring a relatively safe delivery of a ready-to-hatch egg onto a host.

In addition to the specialized ovipositor, females of the M. dorsalis   group possess a dense tuft of closely appressed setae on the katepisternum in front of and overlapping the mid coxae ( Fig. 6 View FIGURES 1 – 6. 1 ) that is apparently unique to this group. The setae comprising the tuft are unusual in that they are parallel-sided and somewhat blunt-tipped, rather than evenly tapered to a point like normal setae. The purpose of this peculiar tuft of setae is not known. It is not found in males of the M. dorsalis   group, although males of M. neilli   have a denser group of setae in this position than males of other members of the group and most other Myiopharus   . 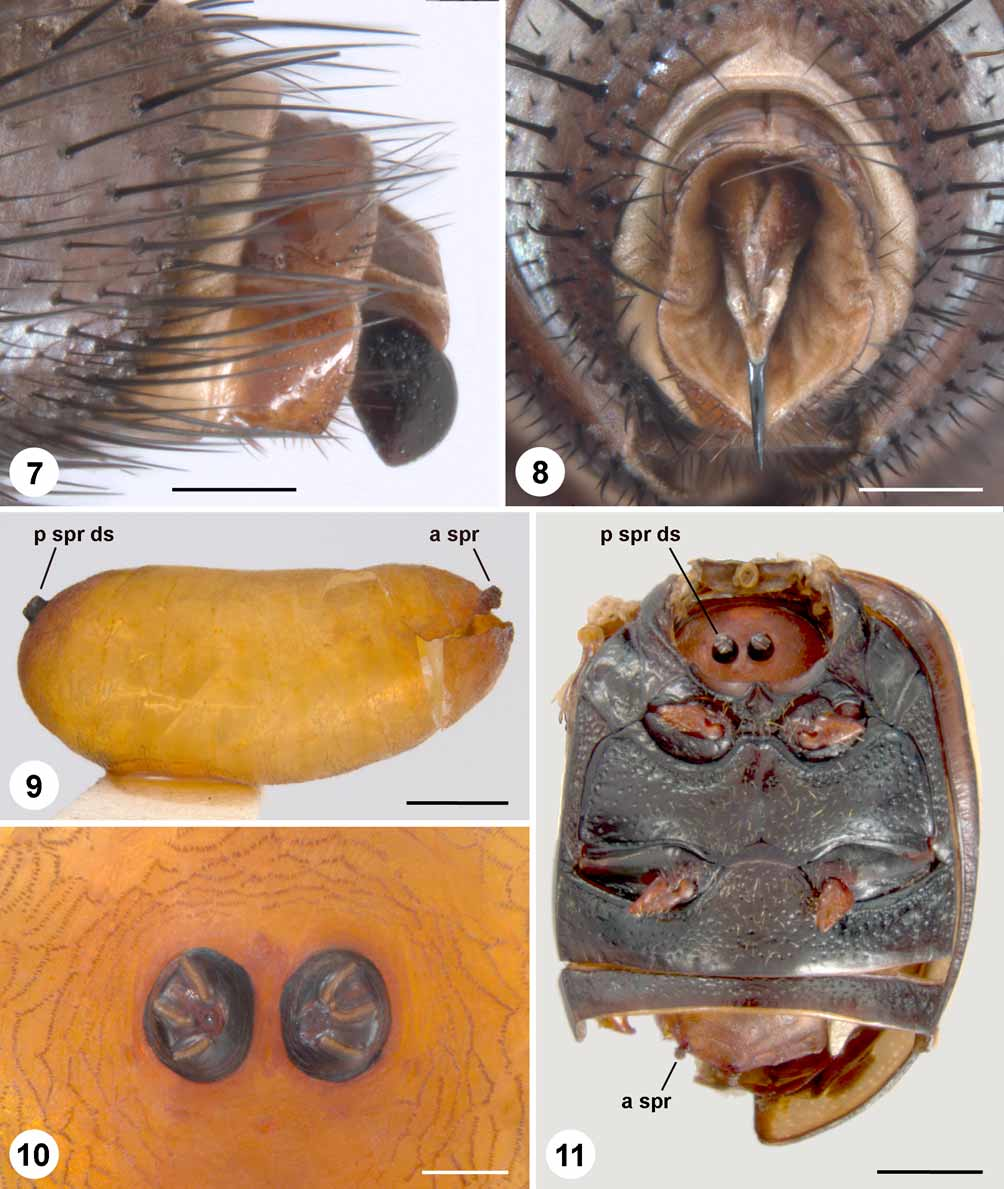 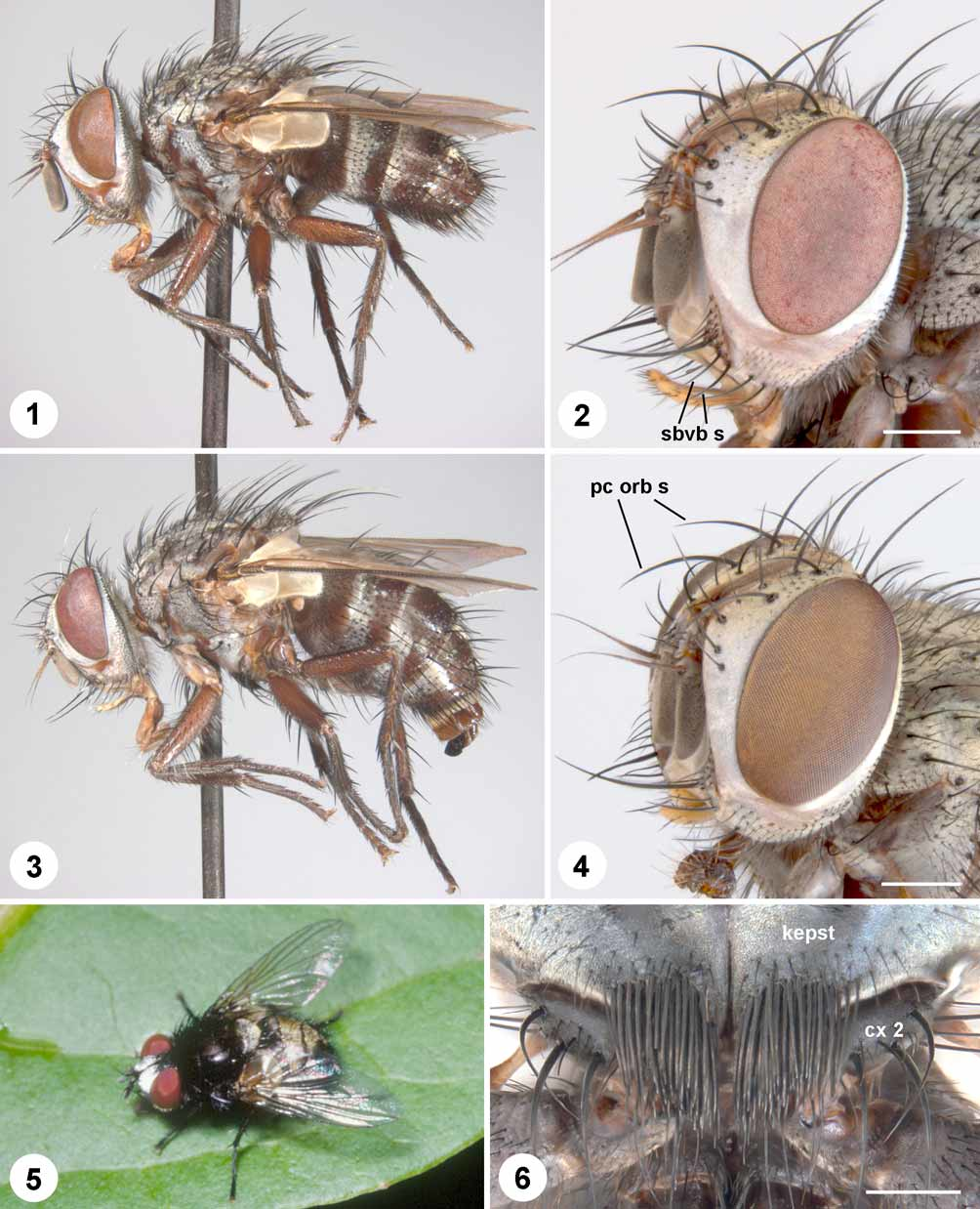