Diagnosis. Parotocinclus yaka is distinguished from its congeners from northeastern and southeastern Brazilian rivers ( P. arandai , P. bahiensis , P. bidentatus , P. cabessadecuia , P. cearensis , P. cesarpintoi , P. cristatus , P. doceanus , P. fluminense , P. haroldoi , P. jequi , P. jimi , P. jumbo , P. maculicauda , P. minutus , P. muriaensis , P. planicauda , P. prata , P. robustus , P. seridoensis , P. spilosoma , and P. spilurus ) in having the cheek canal plate elongated posteriorly on the ventral surface of the head and contacting the cleithrum (vs. canal plate rounded, not elongated posteriorly and not contacting the pectoral girdle). Parotocinclus yaka is distinguished from all other congeners from the Amazon, Orinoco and the Guianas by having conspicuous dark dots smaller than a pupil diameter, distributed dorsally and laterally on the head ( Fig. 2 View FIGURE 2 ; vs. absence of such pigmentation pattern or dark dots broadly distributed dorsally and ventrally on body ( Fig. 3c View FIGURE 3 ) in Parotocinclus variola ). The new species further differs from P. polyochrus , P. longirostris , and P. eppleyi by lacking a Y-shaped light marking dorsally on the head ( Fig. 3d View FIGURE 3 ), from posterodorsal orbital margin to posterior parieto-supraoccipital tip (vs. Y-shaped light markings ( Fig. 3a,b View FIGURE 3 ) present on dorsum of head). The new species is distinguished from P. variola , P. collinsae , and P. halbothi , by lacking unicuspid accessory teeth on both the premaxilla and dentary (vs. accessory teeth present) and, from the last two species, by having a triangular patch of dark pigmentation on the anterior portion of the dorsal-fin membrane (vs. the absence of such pigmentation). Parotocinclus yaka differs from P. dani by having an adipose fin (vs. adipose fin absent); and from other congeners in having more oral teeth: 38–43 premaxillary and 37–42 dentary teeth (vs. 19–29 and 17–23 in P. amazonensis and P. aripuanensis , 15–28 and 16–27 in P. eppleyi , 25–28 and 25–26 in P. britskii , and 15–25 and 15–22 in P. dani ).

Distribution and habitat. Parotocinclus yaka is currently known from three localities in northwestern portion of the Amazonas State of Brazil, close to the border with the Vaupés Department of Colombia ( Fig. 5 View FIGURE 5 ). All three sites of collection are relatively large forest creeks, with clear to slightly dark water, tributaries to the Rio Tiquié, wide enough to have direct penetration of sunlight. All specimens of Parotocinclus yaka were collected while attached to branches of fallen trees in areas with moderate current.

Etymology. Parotocinclus yaka in named after yaka , the common name for non-loricariine loricariids in both languages of the Tukano and the Tuyuka ethnic groups of the upper Rio Tiquié ( Lima et al., 2005).

Conservation assessment. The extinction risk of Parotocinclus yaka is assessed as low despite the limited knowledge of its geographic distribution. The species is so far known from three localities in the upper Rio Tiquié basin, in the upper Rio Negro, with an Extension of Occurrence (EOO) calculated by the convex polygon of those three localities of 60 square kilometers. Nonetheless, additional collecting effort in the region will likely reveal a broader distribution in the Rio Tiquié and perhaps in the Rio Uaupés basin, both in Brazil and Colombia. As threats to the species were not detected and the area is largely well preserved, P. yaka is tentatively categorized as Least Concern (LC) according to the International Union for Conservation of Nature (IUCN) categories and criteria ( IUCN Standards and Petitions Subcommittee, 2017). Additional collecting efforts should be conducted in that region in order to better understand the geographic distribution of this species. 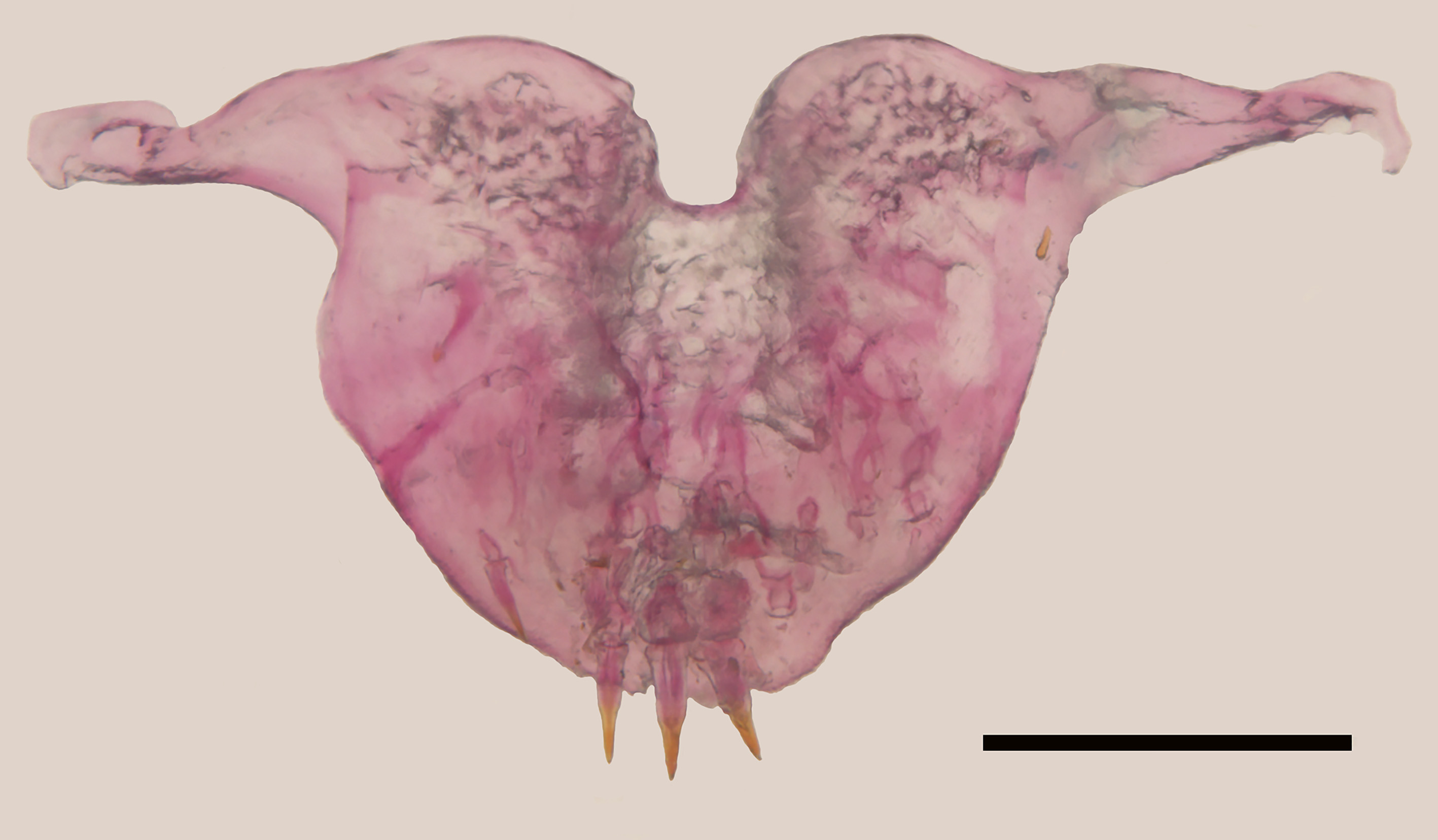 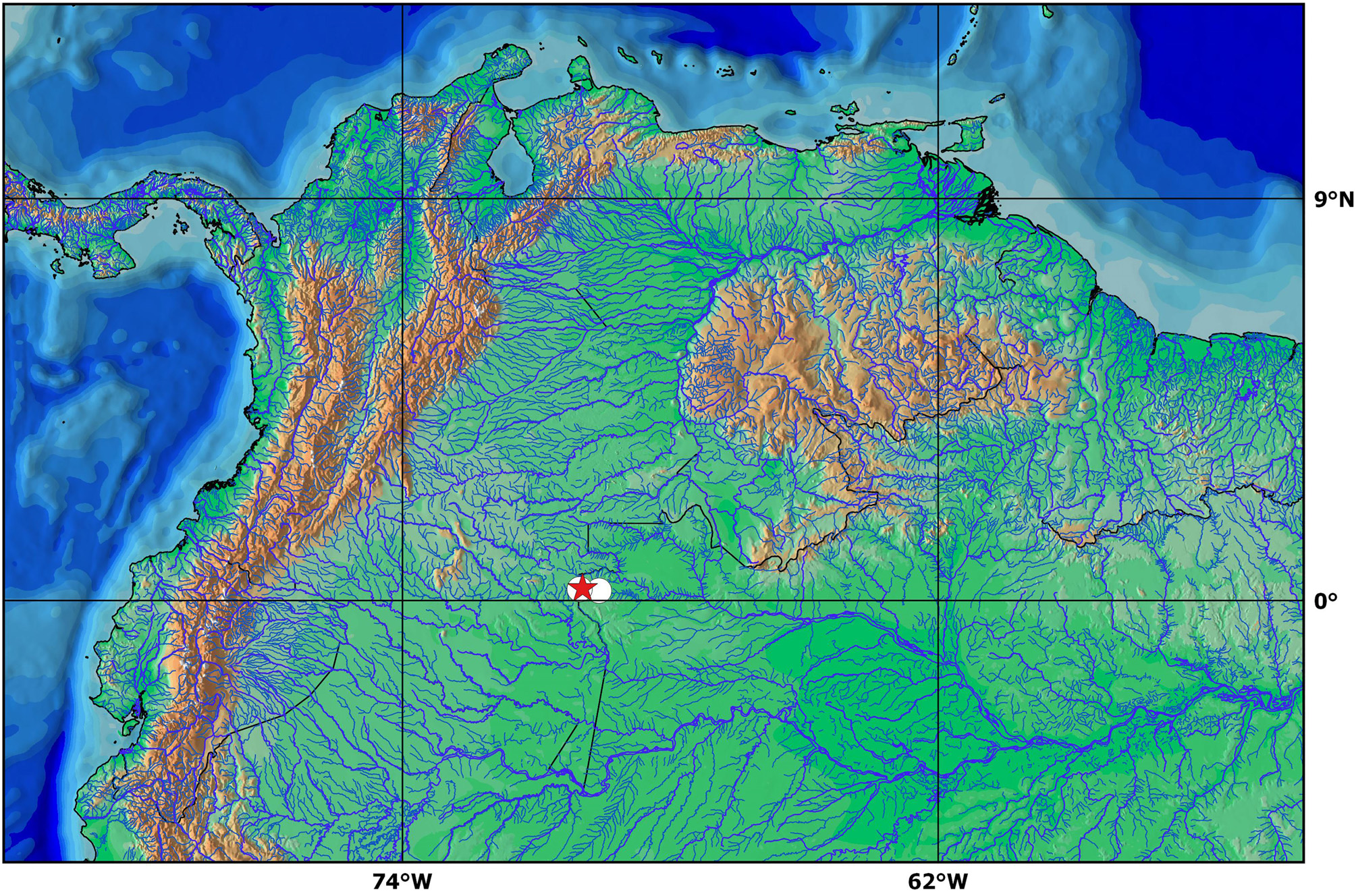 FIGURE 5. Drainage map of the upper Amazon basin showing the localities of Parotocinclus yaka. Red dot symbol is typelocality and may represent more than one lot or locality.