E t y m o l o g y: The specific epithet is an adjective derived from the Latin noun penicillus (brush) and alludes to the pair of tufts of setae on the male sternite VII.

Pronotum ( Fig. 1 View Figs 1-9 ) approximately 1.15 times as long as broad and slightly broader than head, weakly tapering posteriad; midline broadly impunctate, laterally not delimited by a distinct dorsal series of punctures; punctation of lateral portions similar to that of head; interstices without microsculpture.

C o m p a r a t i v e n o t e s: This species is distinguished from all its congeners particularly by the distinctive morphology of the aedeagus and by the distinctive shape and chaetotaxy of the male sternite VII. Based on the similarly modified male sternite VII, G. penicillatus   is closely allied to G. praenuptus ROUGEMONT, 2014   from Ecuador (Imbabura), from which it is additionally separated by smaller body size ( G. praenuptus   : 6.2 mm). For illustrations of G. praenuptus   see ROUGEMONT (2014).

D i s t r i b u t i o n a n d n a t u r a l h i s t o r y: The type locality is situated in the northeast of Cotopaxi province, Central Ecuador. The type specimens were sifted from litter in the so-called "Paramo formation" at altitudes of 3925 and 4000 m, near the summit of Cotopaxi Volcano (GIACHINO, pers. comm.). 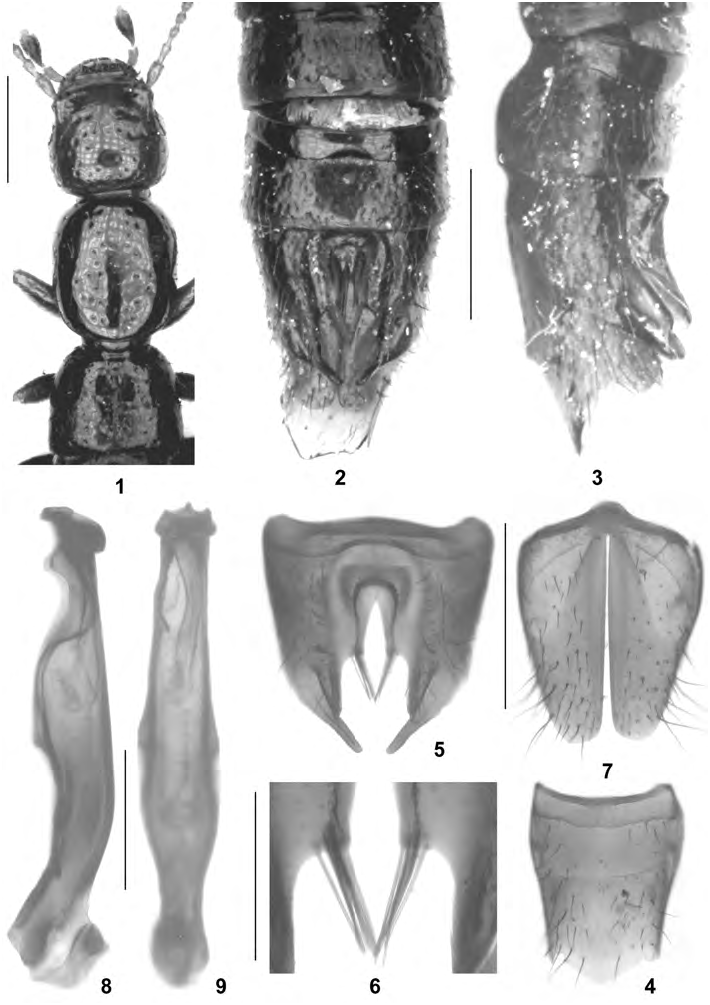