E t y m o l o g y: The specific epithet is an adjective derived from the Latin noun stipula (stubble) and alludes to the modified chaetotaxy of the male sternite VII.

C o m p a r a t i v e n o t e s: The new species differs from all its congeners particularly by the distinctive male sexual characters. Using the key to females in HERMAN (1981), G. stipulatus   would key out at couplet 84, together with G. tungus   , from which it is distinguished by the completely different male sexual characters, the different coloration ( G. tungus   : middle of antennae and penultimate palpomere of maxillary palpus darkened; pronotum pale-reddish; abdominal apex not distinctly paler than remainder of abdomen), the sub-rectangular head with more pronounced posterior angles, the broader and posteriorly less strongly tapering pronotum, the absence of a pair of distinct dorsal series on the pronotum, and the less sparse punctation on the elytra and the abdomen. For illustrations of the male sexual characters of G. tungus   see HERMAN (1981). 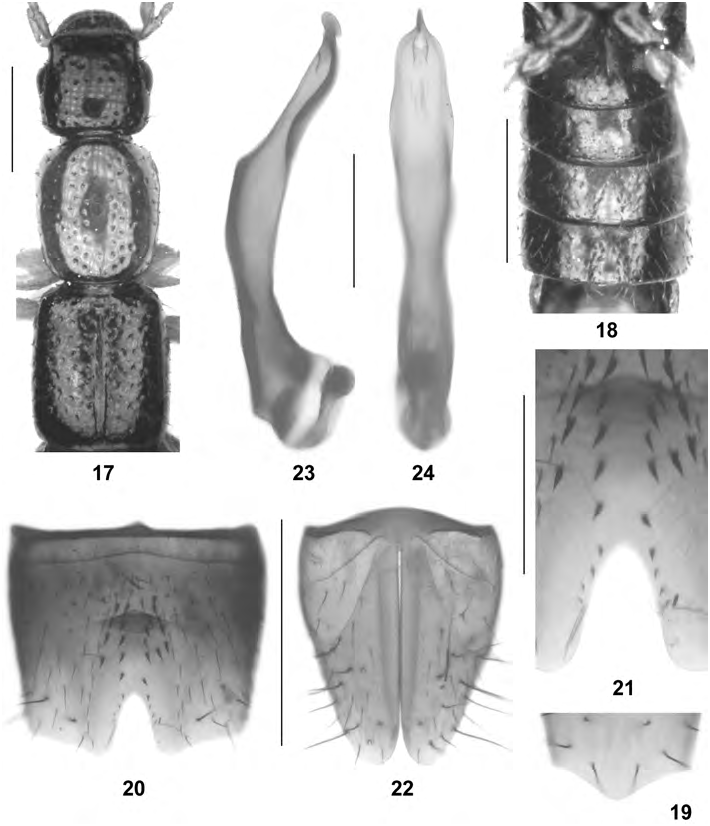