Species endemic to the Mediterranean area ( Greuter et al. 1989), which was described for Dalmatia. In the wild it is widespread in the western Balkans (Dalmatia, Greece, Albania) and in southern Italy, from Campania to Sicily ( Euro+Med 2006 onwards, Conti et al. 2005), where it is represented by Trifolium mutabile var. gussoneanum  ( Figure 2CView Figure 2 '), endemic to southern Italy “… Varietas haec T. mutabilem cum Trifolium multistriatum  ideo conjungit." ( Gibelli and Belli 1892). The Sicilian authors propose to rank it as subspecies (Brullo in La Rosa 2011). The presence of Trifolium mutabile  in the Iberian Peninsula is most likely occasional ( Muñoz and Devesa 1988, Greuter et al. 1989).

Here, we report it for the first time in central Italy both in the countryside south of Manciano (Grosseto), where it was found to be abundant in fallow and resting fields as well as wood edges, and in the outskirts of Castel Giorgio and of Orvieto (Terni), not far from the Lazio border, where it was observed in small populations of fallow fields and roadsides. In both stations, together with the one recently reported in Lazio ( Lopez Tirado et al. 2015), the species is believed to be a naturalized alien. In central Italy, it is used as forage in multiple crops with Trifolium squarrosum  L. or Trifolium incarnatum  L. in arid localities (e.g. San Lazzaro, Viterbo) where it escapes from cultivation. As a non-native species it was reported in Liguria by Fiori and Paoletti (1900) but never confirmed.

Trifolium mutabile  is known in Campania ( Conti et al. 2005), where it was reported from Roccamonfina (Caserta) by Croce et al. (2008), although samples are not available. Here we repeatedly looked for it in the outskirts of the Masseria S. Anna but were only able to find Trifolium vesiculosum  . Nevertheless, two different historical samples collected in the Campi Flegrei area by Nicola Terracciano ( NAP!) and near the Lake of Agnano by Heldreich in 1840 ( FI!, revised by Gibelli and Belli as var. gussoneanum  ) belong to this species. Thus, the presence of the species in Campania deserves to be confirmed. It is considered as occurring in Apulia by Conti et al. (2005) based on Pignatti (1982) and Fiori (1925, RO!) and by Mele et al. (2006); it was also collected by P. Medagli ( LEC!).

Finally, the current presence of Trifolium mutabile  in Basilicata ( Conti et al 2005) needs confirmation, since it is only based on the specimens reported by Gavioli (1948) as a variety of Trifolium vesiculosum  (kept in FI! and revised by us as Trifolium mutabile var. gussoneanum  ), dating back to the 1930s. 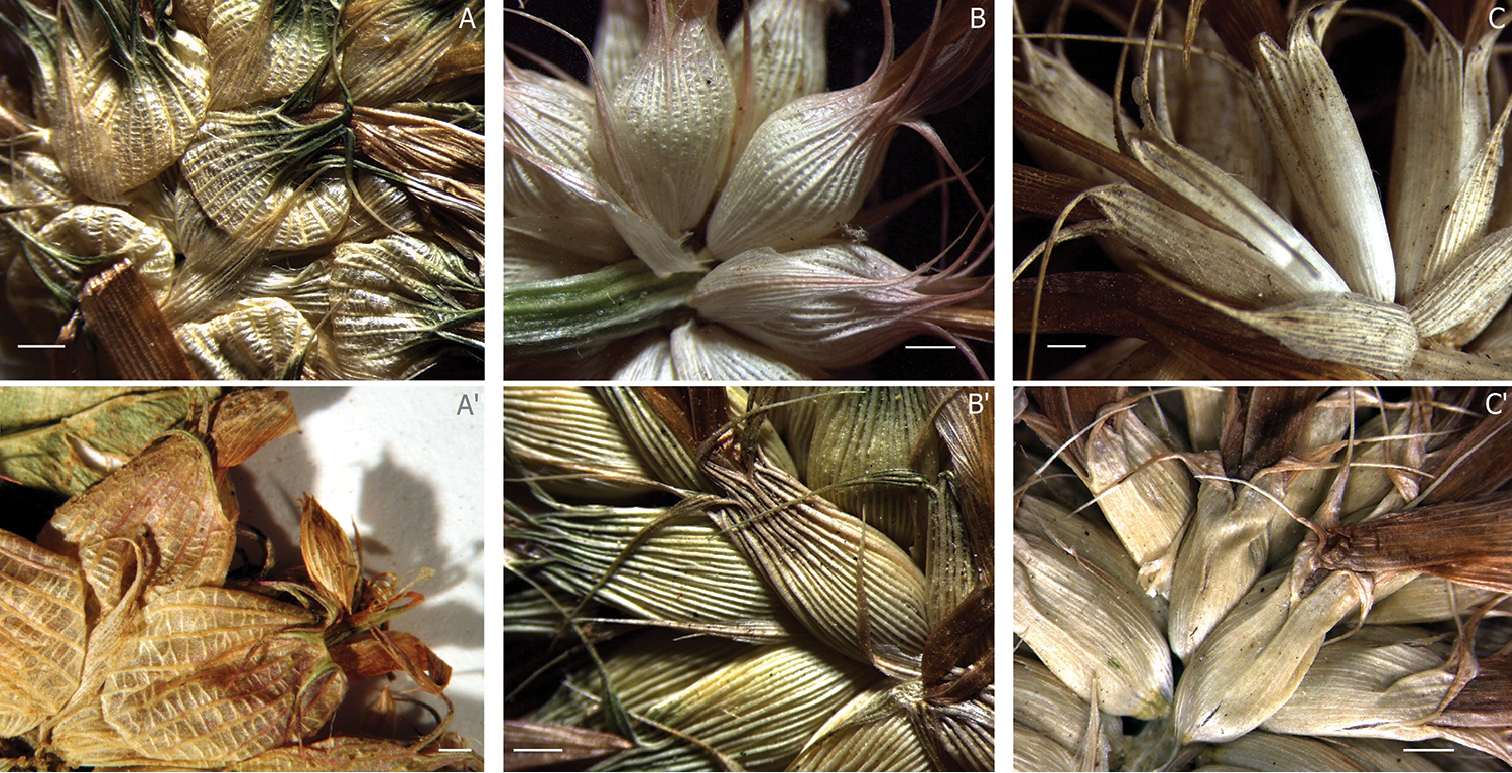