Diagnosis. This is the only apterus species of Hydropeza , with the wings reduced to halter-like appendages and legs and scutum with reduced chaetotaxy.

Distribution. This species is restricted to Tasmania (Fig. 21), currently known only from the type-locality and apparently active in cold months, from May to September [minimum temperature: July 3.2°C (Dreissen et al., 2013)].

Etymology. The specific name is derived from the Greek apteros (wingless), referring to the virtual absence of wings in this species.

Remarks. All specimens were collected in pitfall traps set out in buttongrass moorland ( Fig. 2 View Figures 1–2 ), which at this location has a shrubby element ( Myrtaceae , Epacridaceae ) as well as monocots ( Cyperaceae and Restionaceae ) dominated by buttongrass ( Driessen et al., 2013). The habitat at approximately 320 m includes many standing pools and riddled with water-filled crayfish burrows (Driessen, pers. comm., 2014). Small streams run through the plains and large lakes occur nearby. In addition, the waters are highly acidic (around pH 4). A montane moorland site (Lake St. Clair, approx. 800 m) was also surveyed by Driessen et al. (2013), but these flightless empidids were not collected. 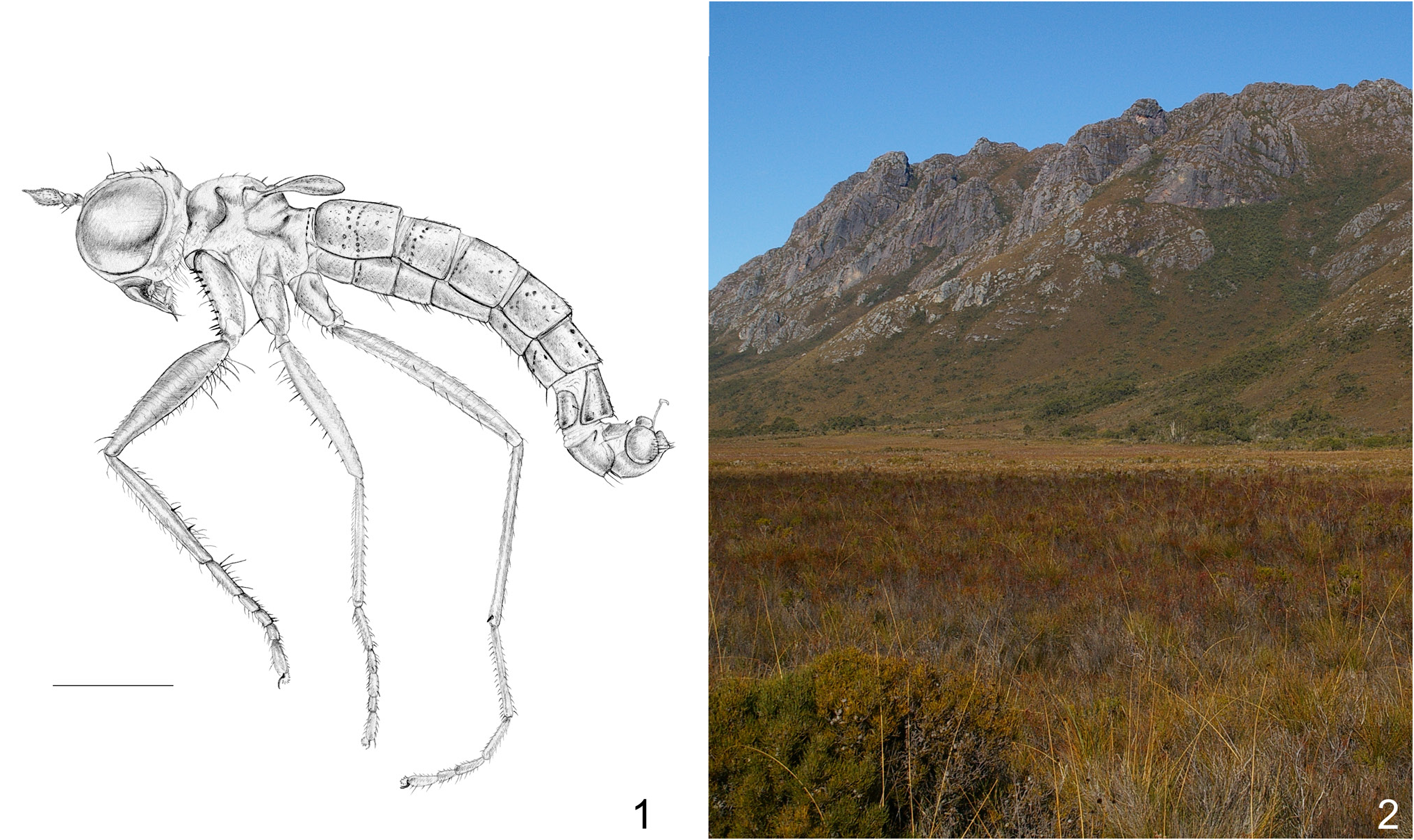 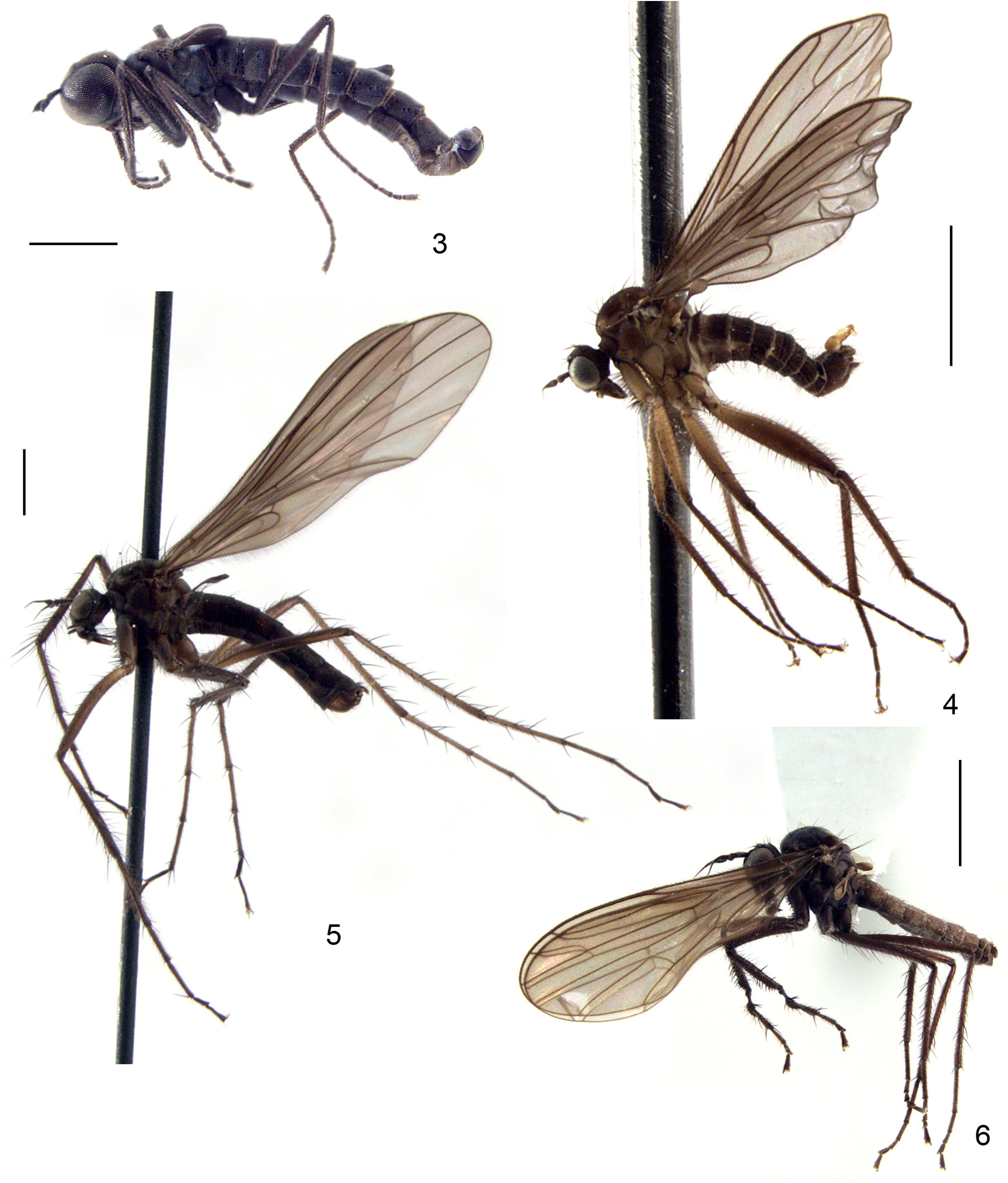