Description of type series. Data for size, shape and scalation is presented in Table 1. A relatively small (SVL 53.6–79.7 mm, mean 68.9 mm) and moderately robust (AG/SVL 0.41–0.47) Oedura . Body slightly depressed, covered in small granular scales; scales on ventral surface about the same size as those on dorsum; 1 spur positioned laterally on either side of the cloaca in both sexes, typically more well-defined in males; row of 13–16 (mean 14.8) pre-cloacal pores in mature males, divided medially by 1–2 granular scales without pores, line of pores extending to underside of each thigh; pre-cloacal pores not evident in females; neck broad and moderately long (NL/SVL = 0.22–0.27). Head distinct from neck; moderately long (HL/SVL = 0.23–0.26; S/HL = 0.41–0.47), broad (HW/SVL = 0.18–0.21) and depressed (HD/SVL = 0.09–0.10); covered in small granular scales that are slightly larger on the dorsal and lateral surfaces of the snout; scales rounded to hexagonal; interorbital counts 16–20 (mean 18.2); rostral scale approximately twice as wide as deep, divided 20–50% (mean 40%) vertically by a medial groove; rostral contacting nostril, bordered by 2 scales along its dorsal edge, and bordered laterally on each side by the first supralabial scales; 6 scales contacting nostril; supralabials 9–11 (mean 10.6); first supralabial narrower than second supralabial; infralabials 9–11 (mean 9.8); enlarged scales extending back from mental scale, starting as relatively large and hexagonally-shaped and decreasing in size and becoming rounded on throat; ear opening small and typically diagonally elongate, or occasionally horizontally elongate or rounded; eye relatively large (Eye/SVL = 0.047 –0.057). Limbs moderately long (FL/SVL = 0.11–0.13; HLL/SVL = 0.13–0.15); digits dorsoventrally compressed, with enlarged subdigital lamellae in a series that starts with relatively small and undivided scales and increases in size and width to become paired, obviously expanded scales; the penultimate pair is slightly narrower; the apical pair is obviously enlarged and separated from the series; 3 rd toe subdigital lamellae counts 7–8 (mean 7.7) (including apical pair); 3 rd finger subdigital lamellae counts 7–8 (mean 7.1) (including apical pair). Original tail moderately long (TL/SVL = 0.73–0.79) and narrow (TW/TL = 0.16–0.17); tapered; slightly depressed (TD/TW = 0.66–0.74); scales arranged in concentric rings, about the same size on the dorsal and on ventral surfaces. Regrown tail moderately short (TL/SVL = 0.56–0.62); slightly widened (original TW/TL = 0.21–0.28) and flattened (TD/TW = 0.61–0.83); scales arranged in concentric rings, about the same size on the dorsal and ventral surfaces. Colouration in spirit. Dorsal pattern consists of irregular, pale blotches scattered across the dorsal and lateral surfaces. The blotches are larger and more prominent on the dorsum and generally smaller and more broken up on the lateral surfaces. In some individuals the dorsal blotches are connected to form irregular bars or larger blotches. The pale dorsal and lateral markings each have a black border that is typically less than half the width of the pale marking. The dark edging tends to have a more discrete inner boundary against the pale marking and a slightly diffuse outer boundary against the background colour. A prominent pale nape bar is present, enclosed by a thin, dark border. The nape bar is typically unbroken and, if broken, the two halves are tightly abutting. The nape bar is straight or slightly arced forward. The background colour pattern of the dorsal and lateral surfaces of the body is beige with brown mottling and flecking. A dark band extends from the naris to the eye, and then extends from below the back of the eye as a thin, obscure line to the top of the ear opening and sometimes to below the nape bar. This thin dark line does not connect with the nape bar. Temporal region and top and back of head beige with brown mottling, sometimes with one or two small pale spots with dark edging. Top of eyes grey. The labial scales are white, forming a line along the jaw that continues through the ear opening and down the neck. Snout beige, with a thin, dark line down the middle or mottled brown. Iris milky grey. The limbs are beige with brown mottling and flecking. The original tail has a series of pale bands, each bounded by dark edging, with interspaces between the bands being beige with brown mottling. Regrown tail dark brown and patternless in early stages and then beige with heavy, dark flecking when fully regrown. All ventral surfaces even, yellowish cream, except the underside of the tail which is either yellowish cream or marked with a diffuse version of the dorsal and lateral tail pattern (particularly for regrown tails). Cloacal spur pale.

Colouration in life ( Figs. 5C View FIGURE 5 , 12 View FIGURE 12 ). As described above but with the following differences. The nape bar, all pale dorsal and lateral blotches, and the pale bands on the original tail are all white in life. The dark edging on these markings is also more prominent, being dark grey, black or purplish. The dark mottling in the background colour pattern is also darker and more prominent in life. The background colour in life is yellow, including on the tail, which can be particularly yellow between the bands. Regrown tails are even, dark grey or black in early stages, and beige with grey or purplish mottling when fully regrown. Ventral surfaces in life are white, except on the tail where there is typically some indication of the dorsal and lateral tail pattern. Cloacal spur white. Iris is gold, or occasionally a gold-copper colour, with black venation. The labial scales in life are bright white. Juvenile pattern is broadly similar to adults but the dorsal markings are more pronounced on a uniform grey background; there is a line of small white spots along the mid-lateral surface; and the original tail is blotched (versus banded in adults) ( Fig. 12F View FIGURE 12 ).

Within the tryoni group, O. picta sp. nov. is readily distinguished from O. castelnaui and O. argentea by having a nape bar enclosed in black (versus full nuchal band in those species) and dorsal pattern of blotches and bars (versus full body bands in those species) ( Fig. 2 View FIGURE 2 ). Similar in general appearance to O. coggeri but distinguished from that species by lack of white spots on limbs (versus obvious white spots), iris gold (versus iris dark), longer tail (original TL/SVL 0.73–0.79 versus 0.59–0.73; regrown TL/SVL 0.56–0.62 versus 0.47–0.59), and series of pre-cloacal pores in males generally separated by fewer scales medially (1–2 versus 2–6). Distinguished from O. tryoni by, typically, unbroken bar on nape (versus many spots or few blotches), lack of white spots on limbs (versus usually spots at least on hindlimbs), original tail pattern of irregular white bands (versus spots or blotches); smaller body size (max 79.7 mm versus 103.1 mm), lower interorbital count (20 or less versus typically> 20), and generally lower number of pre-cloacal pores in males (17 or less versus typically 17 or more) ( Tables 1, 2).

Differs from O. monilis in having an obscure, thin black line running from below the back of the eye to below the nape marking (versus a dark band running from the back of the eye to the nape marking), prominent markings dispersed across dorsal surface (versus blotches or bars centred on midline), iris golden (versus iris dark), smaller size (max 79.7 mm versus max 96.6 mm), and original tail typically narrower (TW/TL 0.16–0.17 versus mean 0.18) ( Tables 1, 2).

Differs from O. lineata sp. nov. in having an unbroken nape bar (versus V- or Y-shaped broken bar), dorsal pattern of irregularly dispersed large blotches (versus linearly-arranged lines, spots and black markings on either side of thin, pale midline), an obscure thin black line running from below the back of the eye to usually below the nape marking (versus a dark band running from the back of the eye and usually to the nape marking), hindlimbs mottled (versus usually small white spots on at least base of hindlimbs), original tail pattern of irregular bands (versus paired blotches on dorsal midline), iris gold (versus iris dark), longer head (HL/SVL 0.23–0.26 versus 0.21–0.24), more flattened original tail (TD/TW 0.66–0.74 versus 0.79–0.81), lower interorbital count (16–20 versus 21–23), lower number of supralabials (9–11 versus 11–13), and series of pre-cloacal pores in males generally separated by fewer scales medially (1–2 versus 2–6) ( Tables 1, 2).

Etymology. From the Latin picta , meaning painted, in reference to the beautiful markings on this species.

Distribution. Only known from a low range of sandstone outcropping between the towns of Tieri and Moranbah, in the Dysart region of inland eastern Queensland. The habitat is mapped as the Denham Range, consisting of quartz sandstone of the Blenheim subgroup ( Olgers & den Hertog 1968). Surveys in nearby rocky ranges have failed to find this species. The likely extent of suitable habitat falls within a polygon of approximately 1,500 km 2 area.

Conservation. Oedura picta sp. nov. does not appear to be a threatened species. It appears to be restricted to one range but the area of suitable habitat appears to be large and population density is high at the two known sites. Most of the habitat is not protected (except for a small area in Bundoora State Forest) but there are no known current threats to the habitat or the species. There is extensive coal mining activity along the eastern edge of the range, in the Dysart and Moranbah areas, but this is not currently impacting the rocky range. 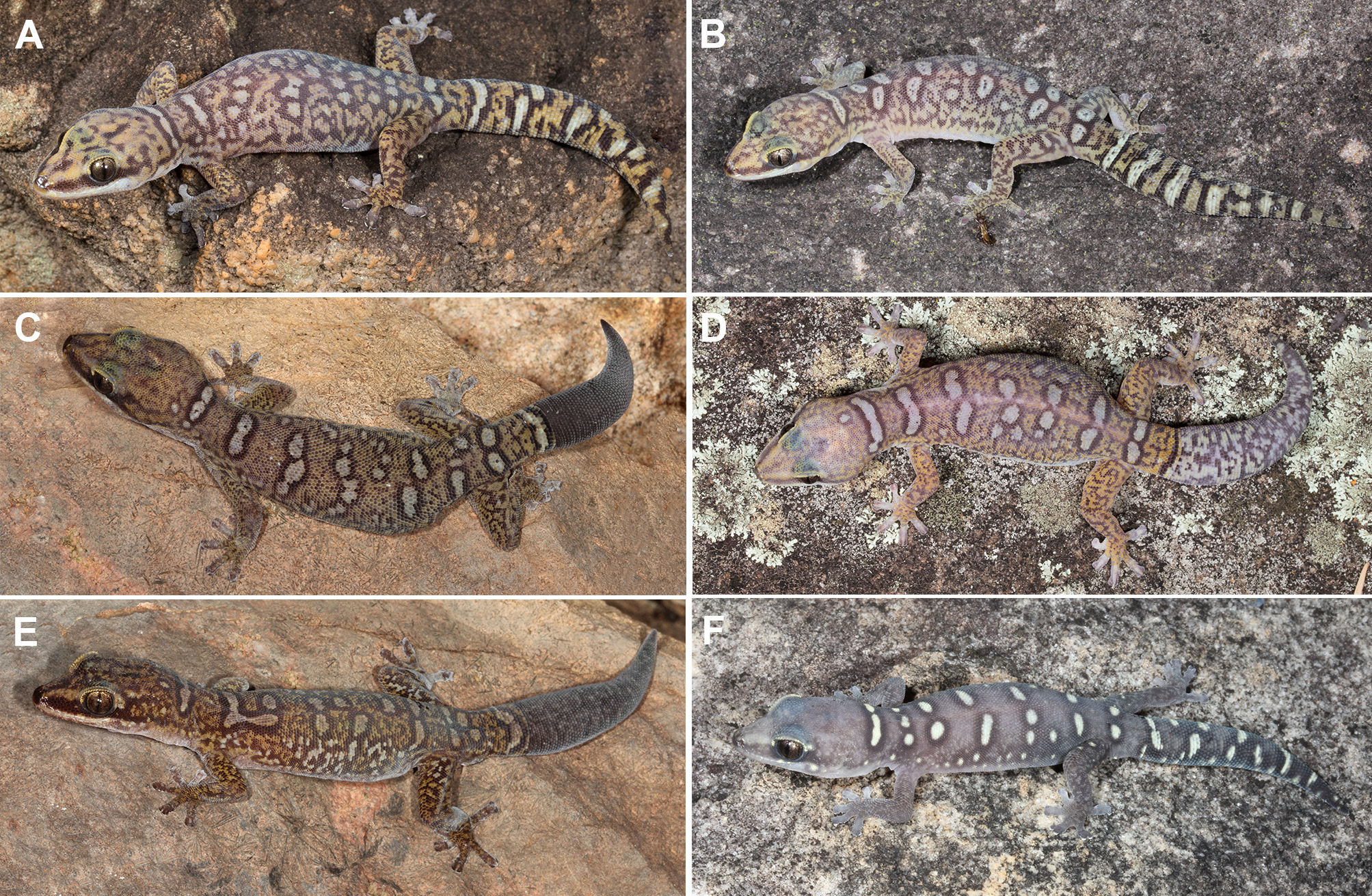 FIGURE 13. Habitat of O. picta sp. nov. at Bundoora State Forest (A) and in the Moranbah area (B). Photos: Stephen Zozaya (A); Conrad Hoskin (B).