Etymology:—The name chosen for this new species is refers to the county of Santa Leopoldina where it was first recorded, and where it is most frequently observed.

Observations:— Vriesea santaleopoldinensis   is closely related to V.rafaelii Leme (1999: 163)   , but can be distinguished by the leaf blades that bear dense and minute wine spots near the base (vs. green with darker green longitudinal lines and not spotted), by peduncle bracts densely wine spotted (vs. without spots), floral bracts reaching 1/3 of sepal length (vs. reaching 1/2 of sepal length) and densely white spotted (vs. without spots). The flowers are more numerous (ca. 27 vs. ca. 14 in number) with longer pedicels (ca. 15 mm vs. ca. 10 mm long), wine spotted sepals (vs. without spots) and by the petals with a narrowed apex and longer basal appendages (ca. 17 mm vs. ca. 14 mm long). 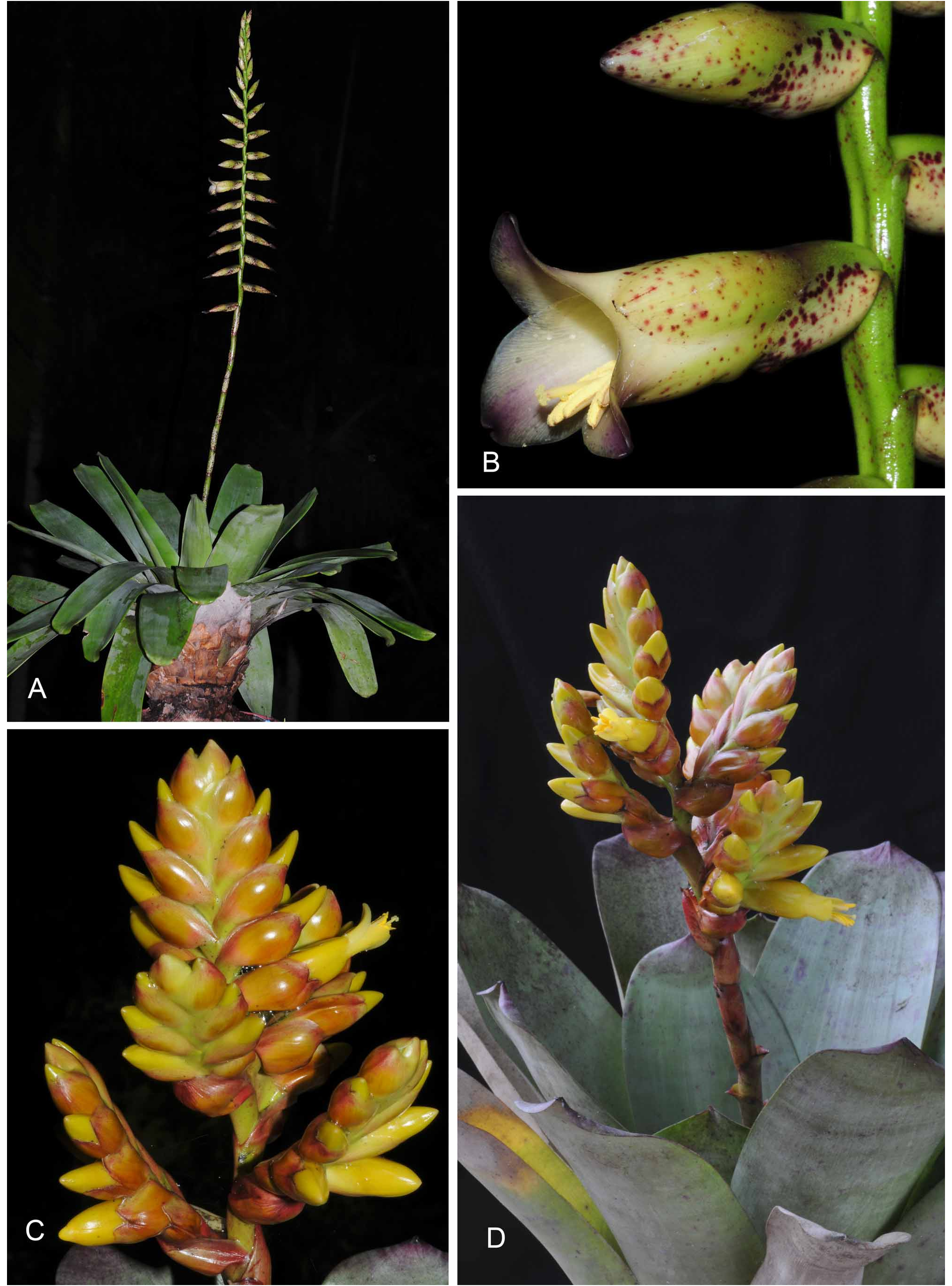 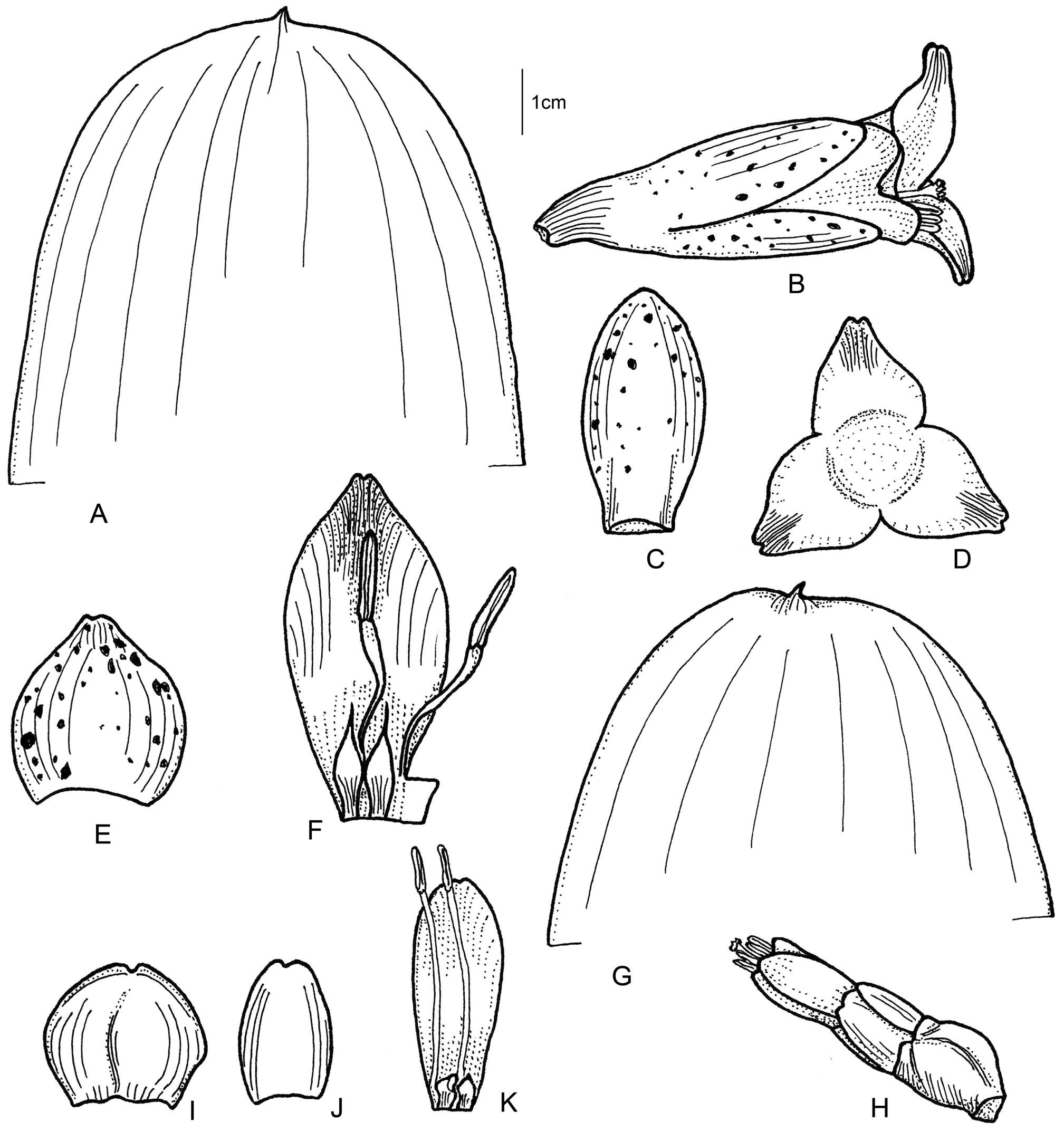