Etymology. The specific name is a matronym in honour of Vida van der Walt. She is a Salticidae   photographer who has contributed to the field with her photography of living jumping spiders in South Africa.

Diagnosis. The new species differs of all other Diphya   species by the dark coloration of the body and femora, lacking a distinct abdominal pattern, having a triangular epigynal septum, closely spaced copulatory openings and receptacles almost touching each other (vs. at least abdomen with pattern, femora colored as other leg segments, septum not triangular, and receptacles distinctly spaced). Male unknown.

Comments. We are convinced that this species, known from the female only, cannot be conspecific with D. leroyorum   sp. nov., known from the holotype male only. The two species have very different patterns and leg spination arrangements. 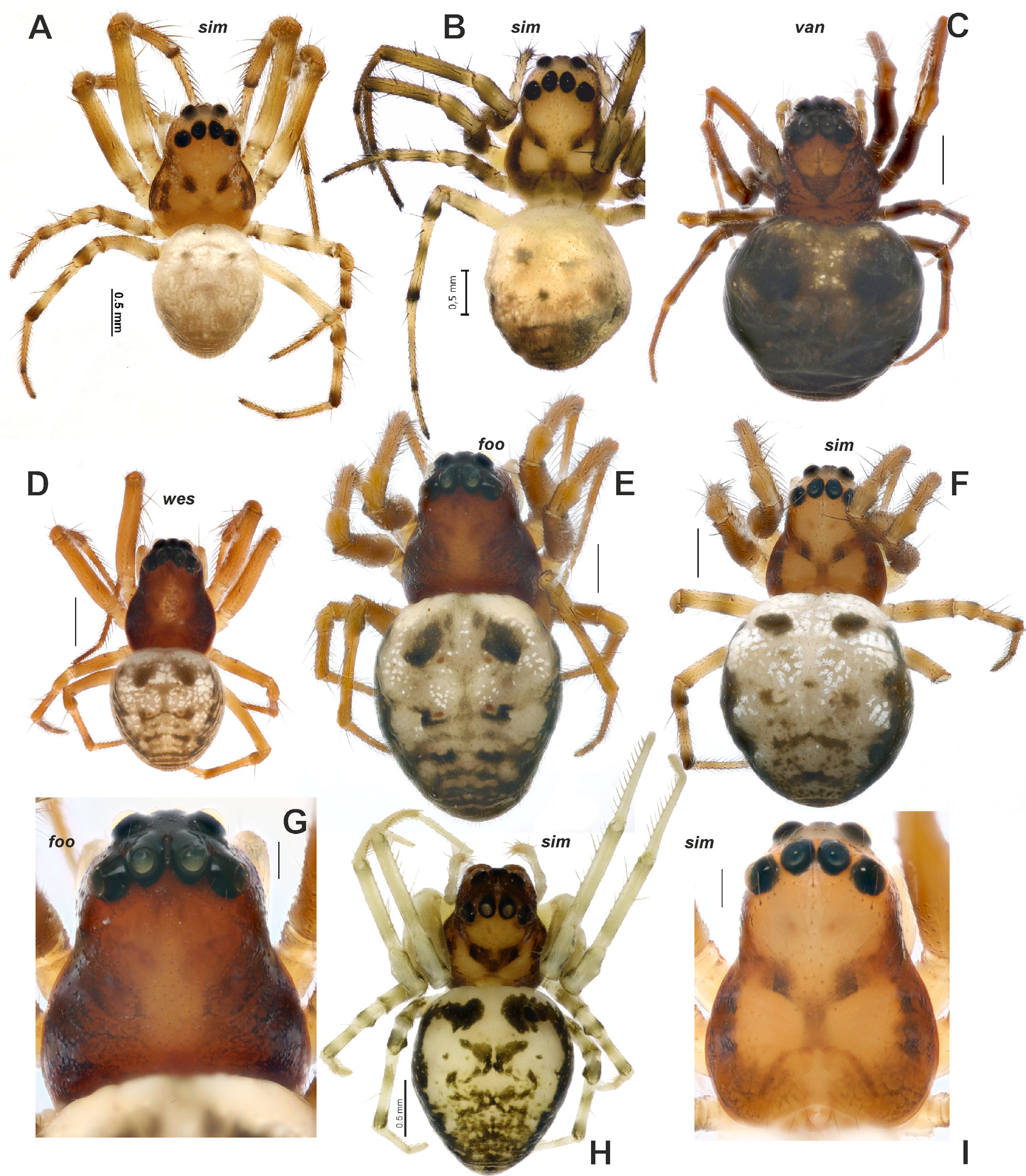